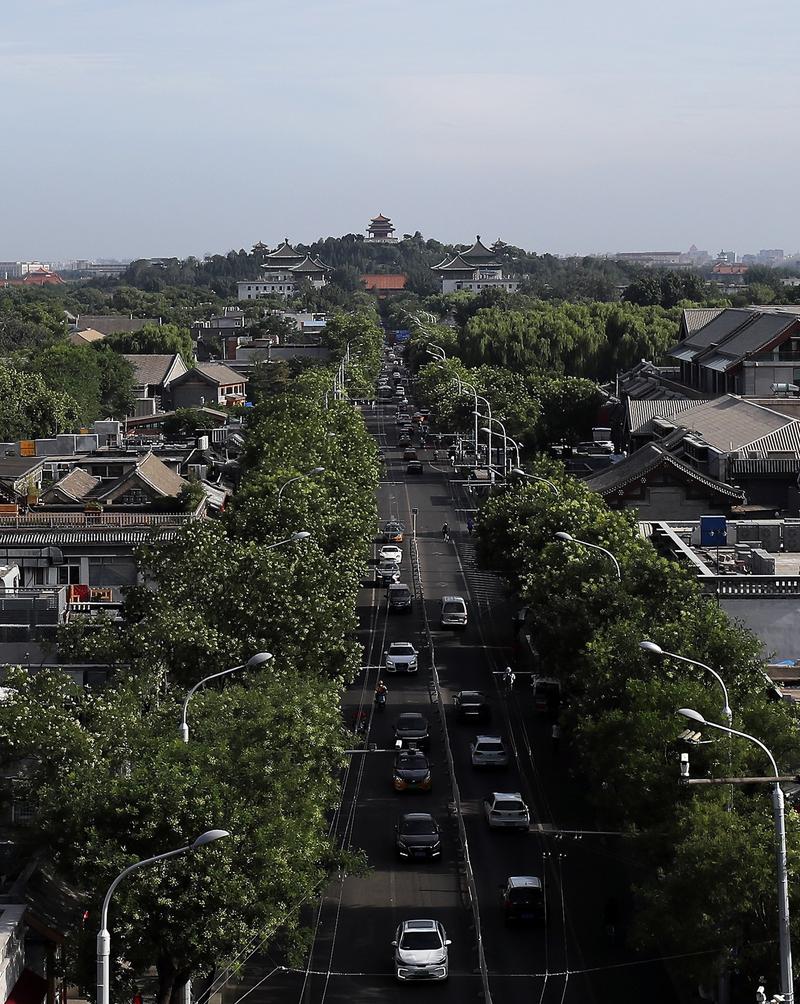 A view of the Central Axis from the Drum Tower in Beijing. (ZHANG WEI / CHINA DAILY)

The Central Axis of Beijing is not just a study that explores architecture and urban planning since ancient times in China but it is also an important reminder about Chinese civilization to enhance cultural self-confidence, experts noted at the Beijing Cultural Forum in July.

An event themed on cultural inheritance and evolution was held at the forum, where officials and experts discussed the promotion of traditional Chinese culture, the construction of Beijing as "a city of museums" and the revitalization of cultural relics, among other topics.

He said he had a deep feeling for the axis, as he once lived there and experienced the culture, so he wanted to record them (folk customs). I was touched.

Lyu Zhou, director of the National Heritage Center at Tsinghua University, was in charge of drafting the text for the Central Axis of Beijing when submitting the application to UNESCO for it to become a world heritage site in the future. He said during the discussions that he found a large group of people showing interest in the application process in the past, and meanwhile their awareness of protecting the old city of Beijing was enhanced.

As an expert, who has worked on many Chinese cultural treasures' applications for world heritage status, Lyu said applying for the wider recognition of the Central Axis shows stronger influence on Chinese citizens. He added that over the past five years, Beijing's municipal government has been integrating its efforts made for the application into the conservation of the capital's old city areas and citizens were inspired to participate in the process. 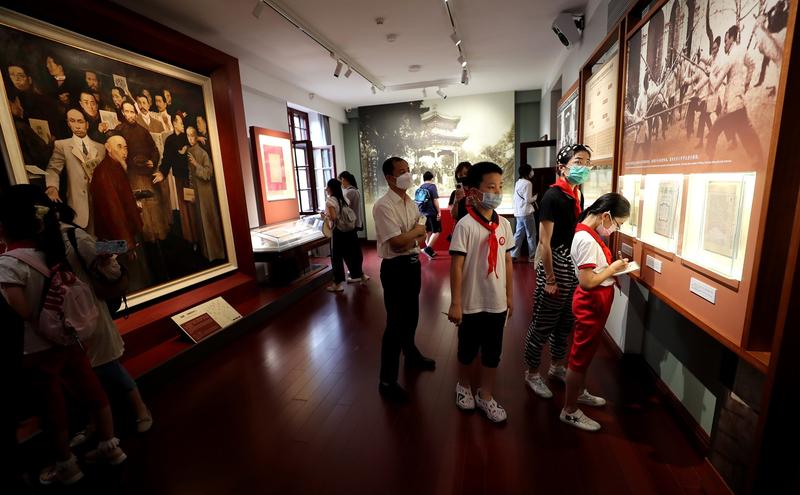 Last year, a competition to promote the Central Axis was held to encourage the public to propose creative ways to upgrade businesses along the axis, produce short videos and photos on scenery and architectural styles, as well as design cultural products themed on the national heritage. Within three months the competition received nearly 37,000 entries, and the public's active participation surprised Lyu.

He shared a story at the forum: One day, he met an 86-year-old man who insisted on talking to Lyu in person. The senior Beijing native brought along a laptop in which he had prepared a PowerPoint presentation that introduced Lyu to folk customs of yesteryear. He mainly explained life in the past at various locations along the Central Axis, such as Qianmen Dajie and the Tianqiao area. Starting from Qianmen Gate or Zhengyangmen to the south of the Forbidden City, Qianmen Dajie is a pedestrian street in the architectural style of old Beijing, with many small shops and restaurants. The Tianqiao area is also representative of old Beijing folk arts, crafts and customs where shows and businesses once flourished and people from different sections of society gathered. 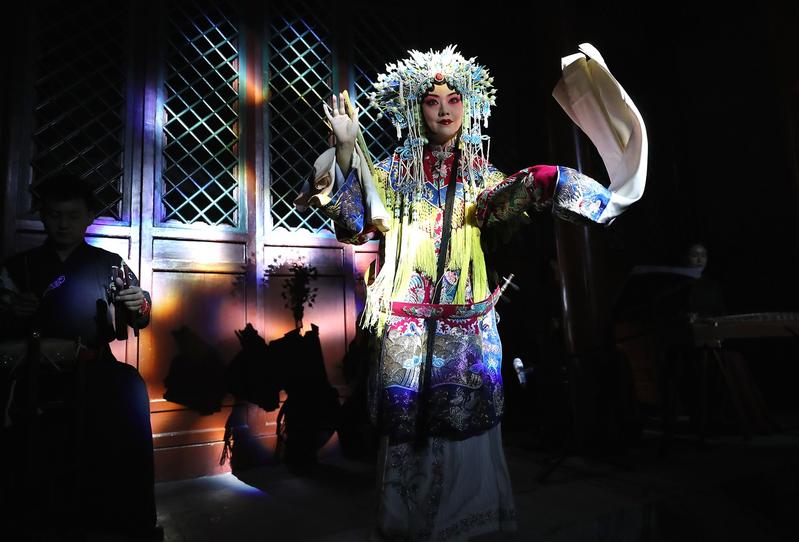 "He said he had a deep feeling for the axis, as he once lived there and experienced the culture, so he wanted to record them (folk customs)," Lyu recalled. "I was touched."

"The application is an approach that helps to engage more people in spreading the story of the Central Axis and promoting its cultural value," he added.

Chen Mingjie, director of the Beijing Municipal Cultural Heritage Administration, agreed, adding that the rich cultural heritage and related relics should be showcased through the creation of high-quality, popular cultural products that can also spiritually empower people.

He emphasized the importance of protecting the cultural heritage along with its surroundings. For instance, "the three hills and five gardens" is a general term describing the overall layout of the royal gardens, lakes and hills in the Haidian district of Beijing that features harmony between humans and nature.

"We should sort out the cultural relics in Beijing and form systematic knowledge on them," Chen said. 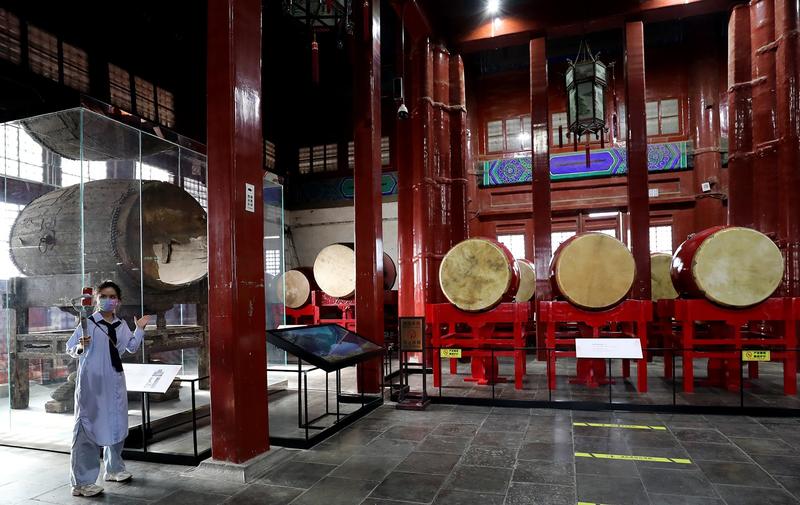 Regarding the revitalization of cultural relics, Lou Wei, deputy director of the Palace Museum, said the museum was attempting to collaborate with artists to interpret and spread the culture in innovative ways. For instance, last year, the museum worked with an art group to produce a dance drama to tell the story of how Wang Ximeng, a well-known artist from the Song Dynasty (960-1279), created his masterpiece landscape painting, A Panorama of Rivers and Mountains, which is part of the museum's collection. The dance drama became a sellout event.

He added that such technologies as artificial intelligence and 5G have also been widely used in the museum's exhibitions.

"Visitors can experience ancient cultures while enjoying the charms of modern science and technology," Lou said.