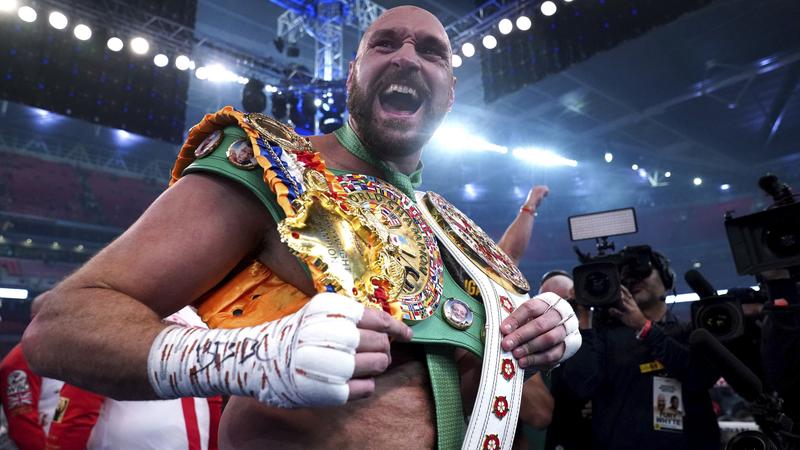 WBC heavyweight champion Tyson Fury said on Friday he is to "walk away" from boxing, two days after insisting he would make a comeback to the sport to complete a trilogy against fellow-Briton Derek Chisora.

Fury said in April, after beating Dillian Whyte at Wembley stadium, that he had promised his wife he would retire, before then declaring his interest in fighting Anthony Joshua in England provided the bout was free to watch and attend.

The promise of completing two trilogies, one with Deontay Wilder and a second with Chisora, appeared to confirm Fury's retirement plans had been shelved, only for the 34-year-old to make another u-turn.

"Massive thanks to everyone who had an input in my career over the years and, after long hard conversations, I've finally decided to walk away and on my 34th birthday I say 'bon voyage'," he posted on Instagram.

ALSO READ: Fury bounces back to bow out in style with TKO win

The outcome of a rematch between Joshua and Ukraine's WBA, WBO, IBF and IBO champion Oleksandr Usyk in Jeddah, Saudi Arabia next week, may persuade Fury to think again.

Fury and Joshua appeared to be on a collision course last year until an arbitrator ruled Fury had to fight Wilder for a third time.