Kyrgios produces another showstopper to down de Minaur 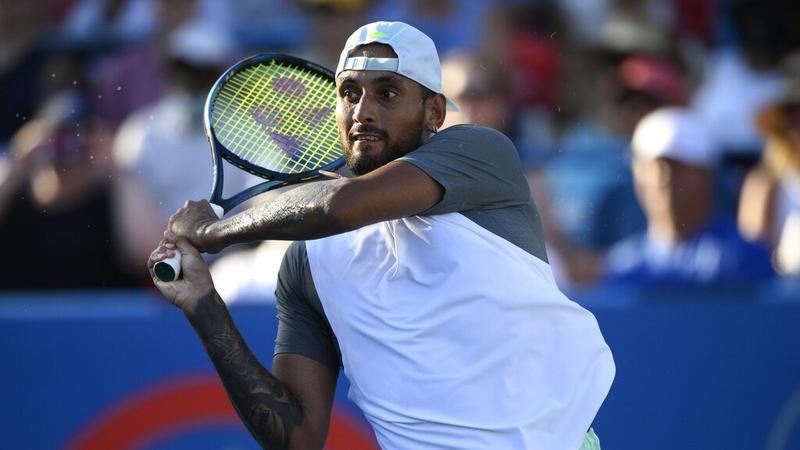 Nick Kyrgios, of Australia, in action during a final against Yoshihito Nishioka, of Japan, at the Citi Open tennis tournament on Aug 7, 2022, in Washington. (NICK WASS / AP)

The fiery Wimbledon finalist has been playing the best tennis of his career and is showing no signs of slowing down in Montreal, where he won the first four games of the opening set in which de Minaur won scarcely more than half of his first-serve points.

Nick Kyrgios and Alex de Minaur traded breaks to open the second set but 27-year-old Kyrgios would not be denied, breaking de Minaur on the third try in the third game and again in the seventh

The pair traded breaks to open the second set but 27-year-old Kyrgios would not be denied, breaking de Minaur on the third try in the third game and again in the seventh.

Kyrgios briefly appeared agitated when he gave up a break in the penultimate game but found his composure to get the job done in a little over an hour, breaking back to love in the final game.

The win will move Kyrgios high enough in the rankings to be seeded at the US Open later this month.

"I did what had to be done. He's a hell of a player if you play to his strengths, he's one of the best players from the back in the game, he's just so fast," Kyrgios said of de Minaur in on-court remarks after the match.

Kyrgios has won 15 of his last 16 matches and a day earlier produced a serve-and-volley masterclass to stun Medvedev 6-7(2) 6-4 6-2. He said the effort had certainly taken a toll. 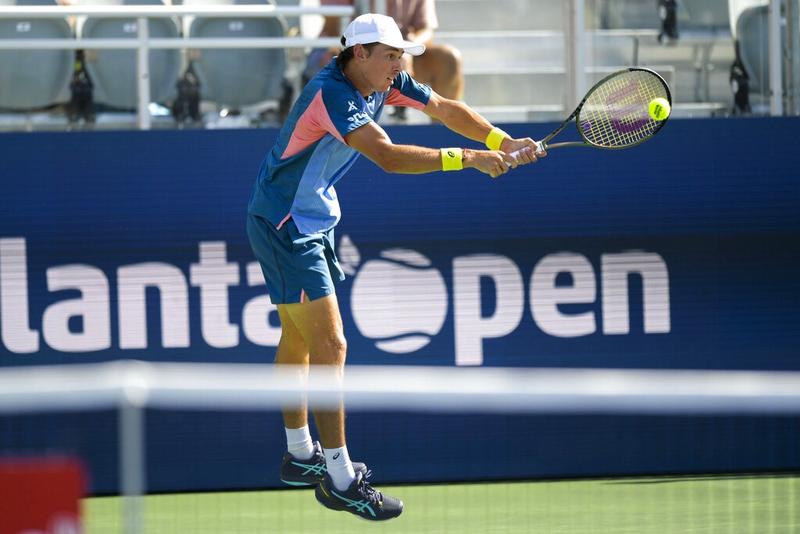 Alex de Minaur, of Australia, hits a server from Jensen Brooksby, of the United States, during a singles finals match at the Atlanta Open Tennis tournament on July 31, 2022, in Atlanta. (DANIEL VARNADO / AP)

"Incredibly tough, after yesterday's big high-playing Daniil. The crowd was amazing, it's a day I'll probably never ever forget," he said.

"Today was really hard for me mentally to play Alex, we're such good friends and he's been having such a good career so far carrying the Australian flag. It's just tough mentally, it's never easy to play a friend like that, especially if they're an Australian."

Today was really hard for me mentally to play Alex (de Minaur), we're such good friends and he's been having such a good career so far carrying the Australian flag. It's just tough mentally, it's never easy to play a friend like that, especially if they're an Australian.

Kyrgios next faces Poland's Hubert Hurkacz in the quarter-final round.

ALSO READ: Kyrgios pulls out of singles in Atlanta with knee problem

In other matches, Felix Auger-Aliassime harnessed his mighty serve to down Briton Cameron Norrie 6-3 6-4 to delight his home crowd, while Norwegian Casper Ruud outlasted Roberto Bautista Agut in a closely-fought three sets.

Competing in his local town of Montreal, the 22-year-old Auger-Aliassime sent over 15 aces and won all but three of his first-serve points, breaking in the penultimate game of both sets on Centre Court.

British number one Norrie made five double faults and never had the momentum against a clinical Auger-Aliassime, who collected his first ATP title in Rotterdam this year and wrapped up Thursday's affair in a tidy 72 minutes.

"Montreal people are really proud people," Auger-Aliassime was quoted as saying by the ATP, crediting the crowd with helping his performance.

"We are a small community in the world. We support each other in what we do, especially in professional sport." 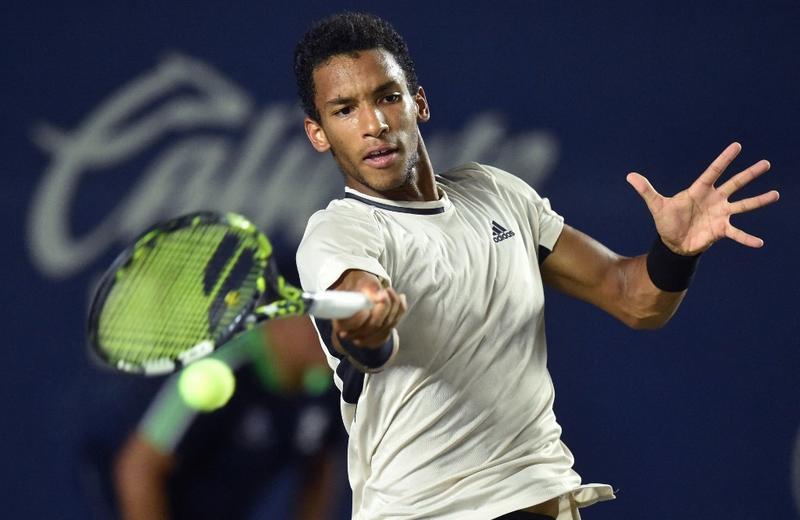 The US Open semi-finalist will next face Ruud in the quarter-finals after the world number seven saw off Bautista Agut 6-7(4) 7-6(4) 6-4.

Briton Daniel Evans fought back after a disastrous second set to overcome American Taylor Fritz 7-6(5) 1-6 7-5, producing a remarkable defence as he fended off a dozen break points.

Britain's Jack Draper advanced after France's Gael Monfils retired in the second set with what appeared to be an injury to his right ankle.