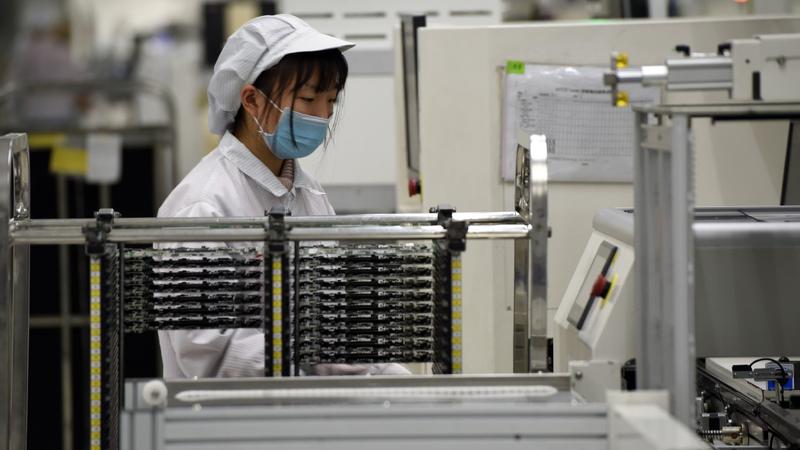 In this undated file photo, a technician works on the production line of a Lenovo venture in Hefei, capital of East China's Anhui province. (PHOTO / XINHUA)

Hong Kong-listed Lenovo Group reported Wednesday that its net profit increased by 11 percent to US$516 million in the first quarter of its fiscal year, amid the rapid digitalization trend and new opportunities in the IT sector.

Chairman and Chief Executive Officer Yuanqing Yang said in a statement that profitability improved for the ninth consecutive quarter. Net margin improved by 29 basis points year-on-year to an all-time high.

However, Lenovo’s personal computer business slowed because of weak demand and supply shortages. Group revenue for the quarter that ended June 30 was flat at US$17 billion year-on-year and up 5 percent excluding the currency impact. The basic earnings per share were 4.39 US cents.

The revenue and profit of the intelligent devices group, made up of the PC, tablet, smartphone,

and other smart device businesses, slowed by 3 percent and 2 percent year-on-year.

The infrastructure solutions business marked a new revenue record of US$2.1 billion while the solutions and services group delivered strong revenue of US$1.5 billion and a US$329 million operating profit.