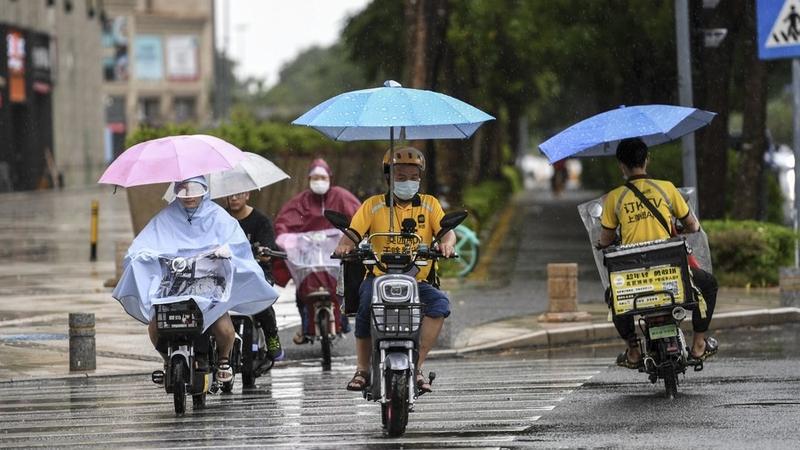 BEIJING - China activated a level-IV emergency response on Tuesday as the seventh typhoon of this year is approaching the country's southern coastal areas.

The State Flood Control and Drought Relief Headquarters initiated the emergency response in Guangdong, Guangxi, Hainan, Fujian and other provinces, in light of gales and heavy rains triggered by the typhoon.

The typhoon is likely to make landfall from the northeastern coast of Hainan island to the western coast of Guangdong province between noon and evening on Wednesday.

It is expected to bring strong winds to the South China Sea, the Qiongzhou Strait, as well as the coastal areas of Guangdong and Hainan island.

Affected by the typhoon, parts of Guangdong and Hainan island will see heavy rains, while intense downpours will lash southern coastal areas of Guangdong.

The provincial meteorological bureau of Hainan said the typhoon was identified as being 105 km east-north of Yongxing Island, Hainan's city of Sansha, at 2 pm, packing maximum wind speeds of between 62 and 74 km per hour near its center.

The provincial meteorological bureau of Hainan said that all ferry services in the Qiongzhou Strait have been suspended. The transportation and port administration of the city of Haikou, capital of Hainan, said that three ports suspended operations at 2 pm on Tuesday.

China has a four-tier flood-control emergency response system, with level I being the most severe.

Bracing for the typhoon, the Ministry of Water Resources has activated a level-IV emergency response for floods in Guangdong, Guangxi, Hainan, Guizhou and Yunnan, warning that the heavy rainfall could cause rivers to swell, while hilly areas will be prone to mountain torrents.

The Ministry of Agriculture and Rural Affairs also urged local authorities to prepare for the typhoon and make arrangements for the post-disaster resumption of production, bearing in mind the current crucial period for rice production, livestock breeding and fishing.

Local authorities are advised to strengthen real-time monitoring and disaster prevention, ask people and boats to return to harbors or seek shelter, and protect farming and fishing facilities.