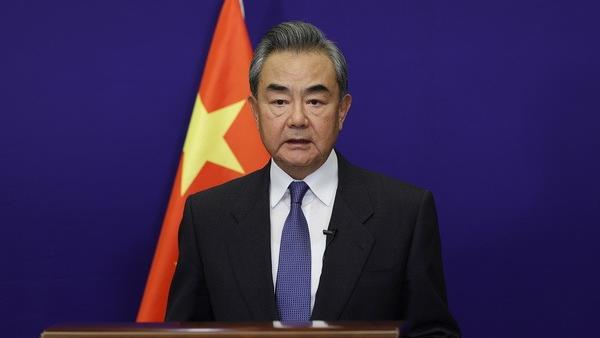 Chinese State Councilor and Foreign Minister Wang Yi urged regional countries to uphold the spirit of openness and inclusiveness, adhere to the Asian approach, and accommodate the needs and concerns of all parties

Wang said that the East Asia Summit was founded with the clear purposes of promoting regional peace, stability and development, emphasizing its adherence to the centrality of the Association of Southeast Asian Nations (ASEAN) and its commitment to the integrated development and common prosperity of East Asia.

At present, the international and regional situation is undergoing complicated changes, coupled with prominent problems of uncertainty and instability, Wang said.

The post-pandemic economic recovery remains sluggish, the negative effects of the Ukraine crisis spill over, the problems of energy, food and finance emerge one after another, and the stability of the industrial and supply chains has been seriously impacted, said Wang.

He pointed out that regional countries expect the East Asia Summit to play a positive role in building consensus among all parties and properly addressing challenges.

"We should review the original purposes of the summit, steadily steer its direction of development, and prevent small exclusive cliques from impacting the regional architecture," he said.

Wang put forward China's three-point proposal for the next development of the summit:

First, insisting on carrying out dialogues on political security in a constructive way.

Wang urged regional countries to uphold the spirit of openness and inclusiveness, adhere to the Asian approach, and accommodate the needs and concerns of all parties.

"We should respect each other, seek common ground while reserving differences, and not draw lines along ideology," he said.

He called on all the parties to adhere to the principle of sovereign independence, conduct dialogues and exchanges on an equal footing, and refrain from interfering in internal affairs of other countries.

"We should consolidate the ASEAN-centered regional cooperation architecture and oppose bloc confrontation in the region," he said.

Second, strengthening the summit's impetus for development and cooperation. Wang said the countries should give priority to development and livelihood, increase investment in areas such as poverty reduction so as to solve the development issue and achieve common development, Wang said.

While the countries make a new five-year action plan, the common aspiration of regional countries to achieve sustainable recovery should be duly reflected.

He also called on the countries to implement the cooperation initiative on global food security, jointly promote energy security and accessibility, and ensure a stable energy supply.

Wang said the countries should support the liberalization and facilitation of trade and investment, maintain the stability and smooth flow of industrial and supply chains, and build the free trade area of the Asia-Pacific and an Asia-Pacific economic community.