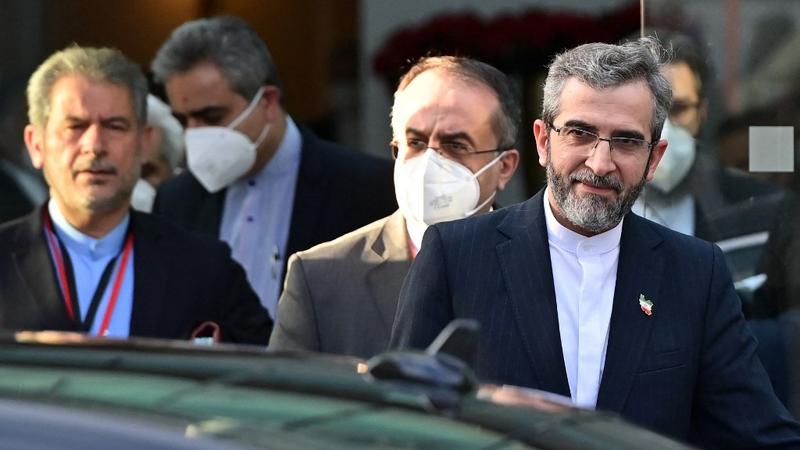 "We shared our proposed ideas, both on substance & form, to pave the way for a swift conclusion of Vienna negotiations," Ali Bagheri Kani tweeted, without giving any more details on Iran's position.

"As Iran, we stand ready to conclude the negotiations in a short order, should the other side be ready to do the same."

On Tuesday, top European Union diplomat Josep Borrell said he had proposed a new draft text to revive the accord under which Iran curbed its nuclear program in return for relief from economic sanctions

Bagheri Kani added the nuclear talks, which started in the Austrian capital in April 2021, were aimed at "fixing the damaging complicated situation caused by the US unilateral and unlawful withdrawal" from the nuclear agreement, formally known as the Joint Comprehensive Plan of Action (JCPOA), in 2018.

He gave the assurance that Iran is working closely with its JCPOA partners, in particular EU’s Borrell, to give the United States another chance to prove its "good faith" and "act responsibly."

Borrell said last week he had proposed a new draft text to revive the accord under which Iran curbed its nuclear program in return for relief from economic sanctions.

Then-US President Donald Trump reneged on the deal in 2018 and reimposed US sanctions. The JCPOA deal aimed to make it harder for Iran to amass the fissile material for a nuclear weapon, an ambition Iran has long denied, saying its atomic program was for peaceful purposes.

On Tuesday, the State Department said it was reviewing Borrell's proposal and would respond to the EU.

The Vienna negotiations were suspended in March this year because of political differences between Tehran and Washington. After a three-month pause, the talks resumed in late June in Qatar's capital Doha but failed to settle the differences.