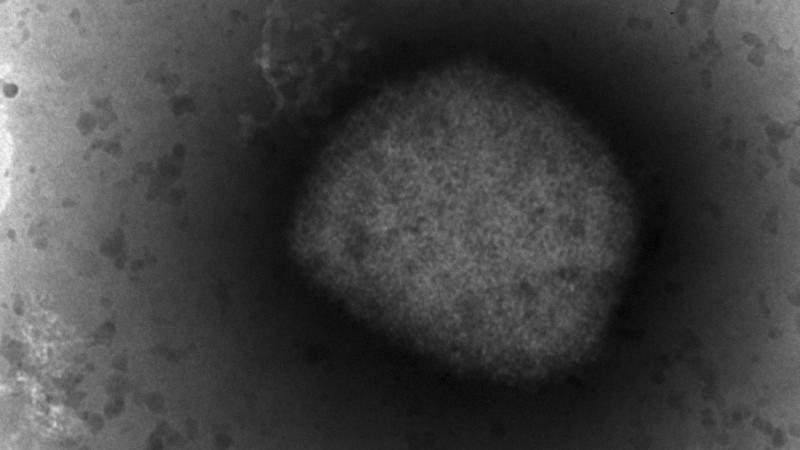 In this photo provided by the Unidad de Microscopía Electrónica del ISCIII in Madrid, on May 26, 2022, an electronic microscope image shows the monkeypox virus seen by a team from the Arbovirus Laboratory and the Genomics and Bioinformatics Units of the Carlos III Health Institute (ISCIII) in Madrid. (UNIDAD DE MICROSCOPÍA ELECTRÓNICA DEL ISCIII, VIA AP)

MANILA - The Philippines has reported its first case of the monkeypox virus, detected in a citizen who returned from abroad earlier this month, a health ministry official said on Friday.

The 31-year-old had recovered but was isolating at home, while 10 people identified as close contacts including three from the patient's household had been ordered to quarantine, said Department of Health Undersecretary Beverly Ho.

The person had previously traveled to countries with documented monkeypox cases, said Ho, without elaborating.

Around 70 countries where monkeypox is not endemic have reported outbreaks of the viral disease as confirmed cases crossed 20,300 and the World Health Organization declared the outbreak a global health emergency.

The Philippine case was confirmed positive on Thursday and the close contacts had not shown any symptoms, Ho said.

Transmission can occur through contact with skin lesions caused by the virus, as well as bodily fluids, large respiratory droplets and contaminated bedding.

"Our (public health surveillance) systems are in place. But we all need to work together. We need also the public to be vigilant," Ho told a briefing.

"Based on what we know about monkeypox...there is a very clear need to be more careful about who we interact with, particularly sexual, intimate contact."

The health ministry requires people exposed to monkeypox cases to quarantine for 14 to 21 days.

The president's press secretary said while monkeypox was not generally fatal, the rapid spread of the virus was of concern.

"(President Ferdinand Marcos') primary concern is to get the information out so that people would be aware," said Trixie Cruz-Angeles.