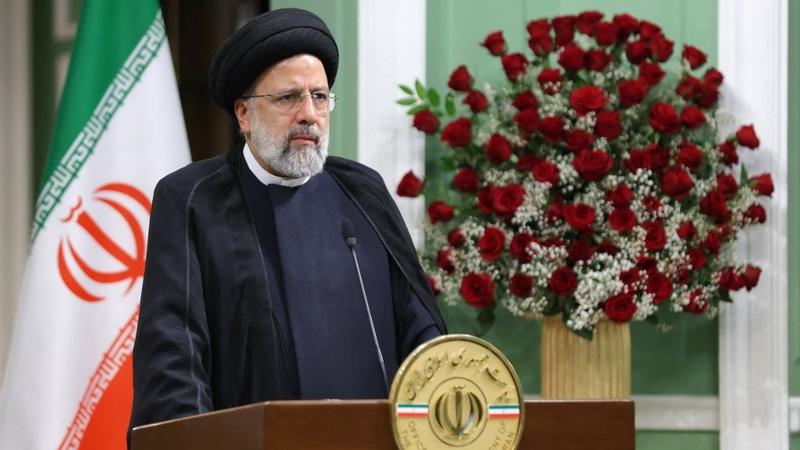 A handout picture provided by the Iranian presidency shows Iran's President Ebrahim Raisi during a press conference with the Iraqi Prime Minister in the capital Tehran on June 26, 2022. (IRANIAN PRESIDENCY / AFP)

TEHRAN - Iranian President Ebrahim Raisi said Saturday that US sanctions on Tehran are detrimental to the global economy, particularly Europe.

Raisi made the remarks in a 120-minute phone conversation with his French counterpart, Emmanuel Macron, according to the Iranian presidency's website.

Raisi made the remarks in a 120-minute phone conversation with his French counterpart, Emmanuel Macron, according to the Iranian presidency's website

Censuring the "unconstructive measures" implemented by the United States and some European countries, Raisi described the recent adoption of a resolution by the Board of Governors of the International Atomic Energy Agency (IAEA) as a crisis-provoking move aimed at pressuring the Iranian people, which dealt a blow to political trust.

In June, the IAEA's Board of Governors passed the resolution proposed by the United States, Britain, France and Germany following the agency's reports that Tehran had not provided "technically credible explanations" for uranium particles at three undeclared sites.

For his part, Macron said that reviving the Joint Comprehensive Plan of Action was "still possible" but must happen "as soon as possible," according to a French presidency statement.

Iran signed the landmark nuclear deal in July 2015, agreeing to curb its nuclear program in return for removing sanctions on the country. However, former US President Donald Trump pulled Washington out of the agreement in May 2018 and reimposed unilateral sanctions on Iran, prompting the latter to drop some of its commitments under the pact.

READ MORE: EU: End of Iran nuclear talks near but may not yield deal