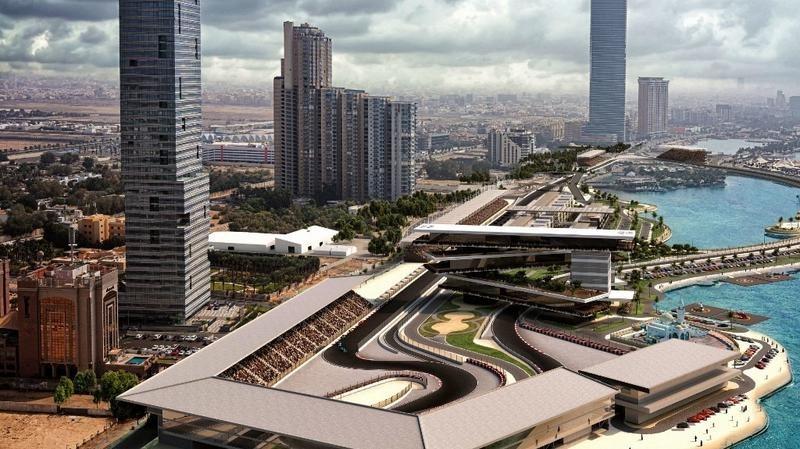 A handout picture provided by the Saudi Ministry of Sports on March 18, 2021, shows the circuit design for the Jeddah Street Circuit. (PHOTO / AFP / SAUDI MINISTRY OF SPORTS)

Efforts in the Middle East for restoration of relations between Saudi Arabia and Iran should be considered a rational initiative and a geopolitical necessity, analysts said, citing an opportunity to bring stability to the region amid Washington’s waning influence.

Dina Yulianti Sulaeman, director of the Indonesia Center for Middle East Studies, told China Daily that the Saudi leaders “are being more rational this time” as they realize that the United States’ hegemonic power no longer works as well “as before”

At the recently concluded Gulf Cooperation Council-led summit in Jeddah, Saudi Arabia's Foreign Minister Prince Faisal Bin Farhan told reporters that the talks between his country and Iran have been positive, and that Saudi’s hand is extended to Iran to achieve normal relations.

And, "Iraq had an important and fundamental role in pushing the negotiations forward in a way that makes us able to continue with these talks," the Saudi foreign minister was quoted as saying by Rudaw, a media group in the Kurdistan Region of Iraq.

Dina Yulianti Sulaeman, director of the Indonesia Center for Middle East Studies, told China Daily that the Saudi leaders “are being more rational this time” as they realize that the United States’ hegemonic power no longer works as well “as before”.

The United States has “even forced the European countries to pay the price” of the Ukraine conflict, she noted.

“That is why the GCC summit did not produce the results that the US wanted. There were no strong statements about Iran and no agreement to form a defense pact against Iran,” said Sulaeman, who is also a lecturer in international relations at Padjadjaran University in Indonesia.

“This condition will open opportunities for closer relations between Iran and Saudi Arabia, especially since both countries have mutual interests,” she added.

In a meeting between the US and Saudi Arabia on July 15 during US President Joe Biden’s first official visit to the Middle East region, both countries agreed on the importance of stopping Iran from obtaining nuclear weapons, of which Iran has said no intention.

During Biden’s Israel trip, the US president and Israel’s caretaker prime minister, Yair Lapid, signed a declaration affirming their commitment to that goal.

In a video interview with CNN that was aired on July 17, Prince Faisal, the Saudi foreign minister, reiterated that all six countries of the GCC — Saudi Arabia, the United Arab Emirates, Qatar, Oman, Kuwait and Bahrain — were unified in supporting negotiations with Iran, and that Saudi Arabia wants to resolve its differences with Iran through diplomacy.

In an interview with US magazine The Atlantic in March this year, Saudi Crown Prince Mohammed bin Salman said that his country and Iran are neighbors that cannot get rid of each other and that the solution was coexistence

In an interview with US magazine The Atlantic in March this year, Saudi Crown Prince Mohammed bin Salman said that his country and Iran are neighbors that cannot get rid of each other and that the solution was coexistence.

Mohammad Salami, a Middle East analyst and associate researcher at the International Institute for Global Strategic Analysis, or IIGSA, in Pakistan, told China Daily that it is natural that Saudi Arabia and Iran “will need each other” due to the geopolitical situation, including the war in Yemen, which he said cannot be resolved without Iran’s help.

Civil war in Yemen broke out in 2014, after the Houthi rebels’ seizure of the capital Sanaa, forcing out the internationally recognized government of President Abd-Rabbu Mansour Hadi. Saudi Arabia led a military coalition into Yemen the following year, but it has struggled to take out the rebels.

Mehmet Rakipoglu, a Gulf analyst and researcher at Sakarya University Middle East Institute in Türkiye, said Saudi Arabia has been “eager to normalize its ties with Teheran” since Biden took office.

“Therefore, the statements of Saudi Arabia … rejecting the idea of (an) ‘Arab NATO’ is more about Saudi’s doubts on Biden. Saudi Arabia has some hesitancy towards Biden in terms of dealing with Iran,” said Rakipoglu.

He was referring to comments made by Prince Faisal at a press conference after the Jeddah summit that there is no such thing as an “Arabic NATO”.

“In the atmosphere of war and terrorist attacks, it is not possible to attract capital,” said Salami, the analyst from IIGSA.

Saudi Arabian officials “know very well that no foreign power will go to war for them and they have to rely only on themselves. So the Saudis have chosen negotiation instead of pure hostility with Iran,” he added.