ROK, US to resume major field training during combined drills 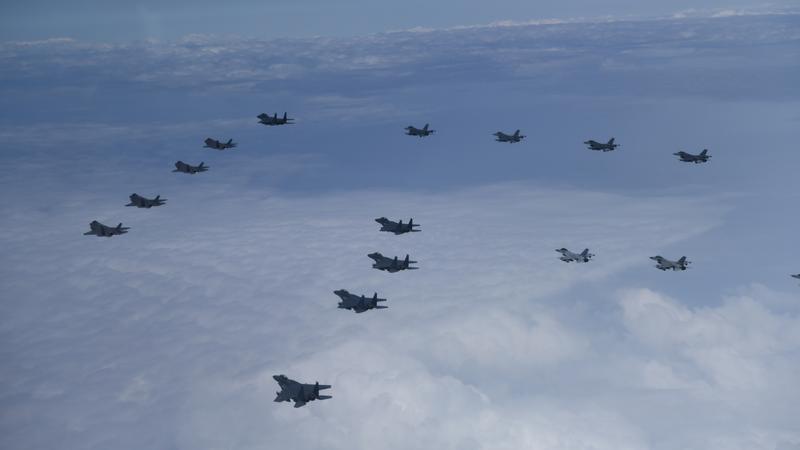 In this photo provided by the Defense Ministry of the Republic of Korea, US and ROK Air Force fighter jets, including ROK's F-35A stealth fighters and US F-16 fighter jets, fly in formation during a joint drill on June 7, 2022. (PHOTO / THE REPUBLIC OF KOREA DEFENSE MINISTRY VIA AP)

SEOUL – The Republic of Korea and the United States will resume long-suspended live field training during their joint military drills, the ROK defense ministry said on Friday, as they work to curb the Democratic People’s Republic of Korea's evolving nuclear and missile programs.

The allies are set to kick off their annual summertime exercises next month, after ROK President Yoon Suk-yeol, who took office in May, vowed to "normalize" joint drills and boost deterrence against Pyongyang.

The ROK and the US plan to conduct 11 joint field exercises including one brigade-level, the ministry said, adding they will also stage regiment-level field exercises.

The two sides had scaled back their combined military drills in recent years due to COVID-19 and efforts to lower tensions with the DPRK.

The DPRK has conducted missile tests at an unprecedented pace this year and is believed to be preparing for its seventh nuclear test.

President Yoon said Pyongyang could go ahead with the test, potentially its first since 2017, at "any time".

To better counter the DPRK's growing missile threats targeting the ROK's capital area, the defense ministry said it would improve missile detection capabilities and push for an early deployment of a new interceptor system.