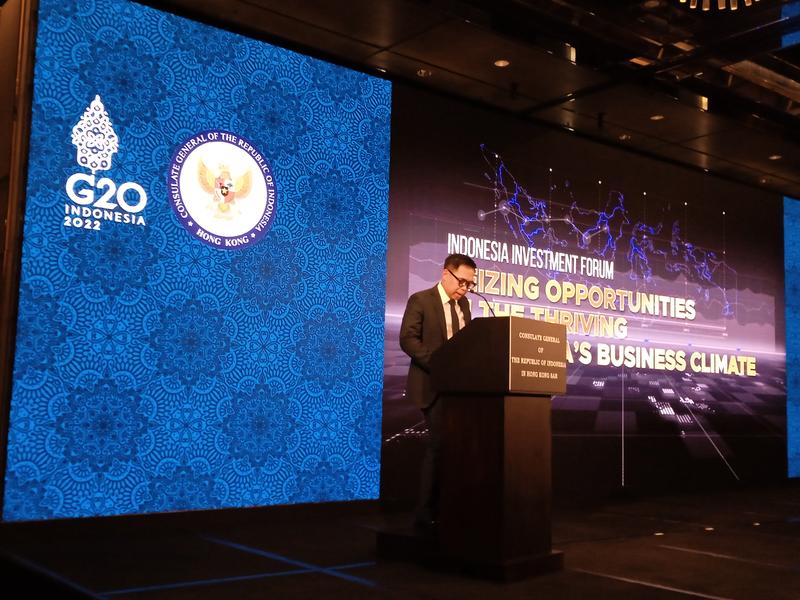 According to officials and business executives who participated in the event organized by the Indonesian Consulate General in the city, they key to success would be building investment in those three sectors.

This should be done, they said, in line with the three priorities set by Indonesia as this year’s president of the Group of 20 Summit, namely, strengthening the global health architecture, promoting sustainable energy transition and enabling digital transformation.

“Through a strong partnership between Hong Kong and Indonesia, we can recover together and recover stronger,” Panjaitan said via video link.

“Investors in the priority sectors will not only enjoy significant market access, but also investment realization systems and eligibility for fiscal and non-fiscal incentives,” said Shinta Widjaja Kamdani, chairperson of Business 20, or B20, the official G20 dialogue forum with the global business community.

Kamdani alluded to Indonesia’s 270 million population and the country’s booming economy that is forecast to grow by more than 5 percent this year. 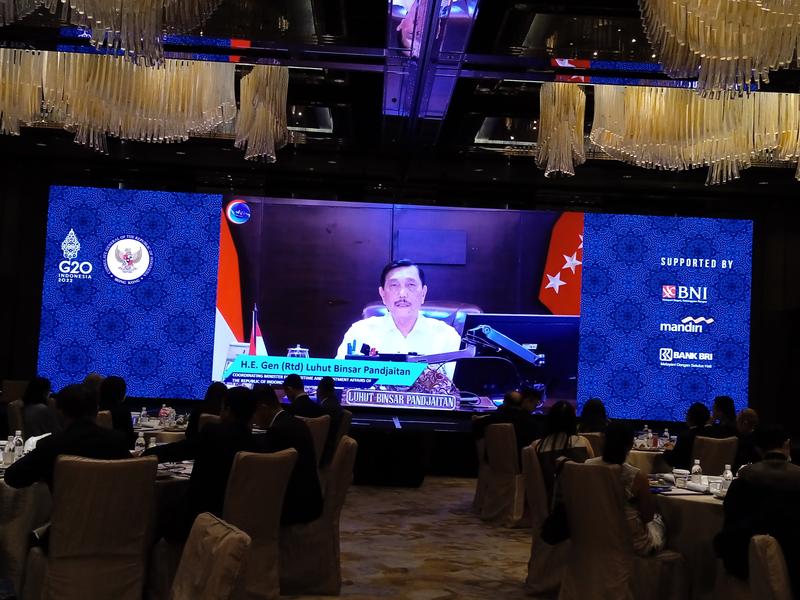 Luhut Binsar Pandjaitan, Indonesia's coordinating minister of maritime affairs and investment, delivers the keynote speech via video link in the investment forum organized by the Indonesian Consulate General in Hong Kong at The Ritz Carlton on July 12, 2022. (PHOTO / CHINA DAILY)

Speaking via video link, Kamdani said the Hong Kong business community might wish to explore opportunities in the  electric vehicle, EVs, manufacturing and renewable energy industries due to big domestic demand in those sectors.

She said that the Indonesian government wants to make EVs account for 25 percent of the nation’s total vehicle sales by 2025.  At present, EVs make up less than 1 percent of the total number vehicles on Indonesia’s roads.

Kamdani expects a rapid growth in Indonesia’s EV industry given the government’s “ambitious target” and the fact that the nation has huge reserves of nickel, one of the main components used in the production of  batteries for EVs.

“This is the very reason that investment in the entire  ecosystem of EVs is heavily assisted and incentivized by the Indonesian government. Indonesia has one of the world's largest deposit of nickel. The country will be an ideal place to create  efficient manufacturing plants for batteries and the entire EV business,” she said.

Kamdani said the government also wants to increase the share of renewables in the national energy mix to more than 50 percent by 2030.  She said this will create “immense opportunities” as Indonesia has the resources to generate solar, wind, hydro and geothermal energy.

Investment opportunities are “not strictly just for power generation”, she said, but also in other areas like energy distribution, energy transit and building transmission network.

Ridha Wirakusumah, CEO of Indonesia Investment Authority, alluded to the country’s big smart phone market, noting that it’s likely that Indonesians are “one of the world’s most connected from the mobile phone perspective”.

However, the nation is yet to develop its digital infrastructure and lags behind its neighbors in Southeast Asia. He cited Singapore which has a data center with seven times the capacity of Indonesia and Vietnam, which offers faster mobile data download speeds. 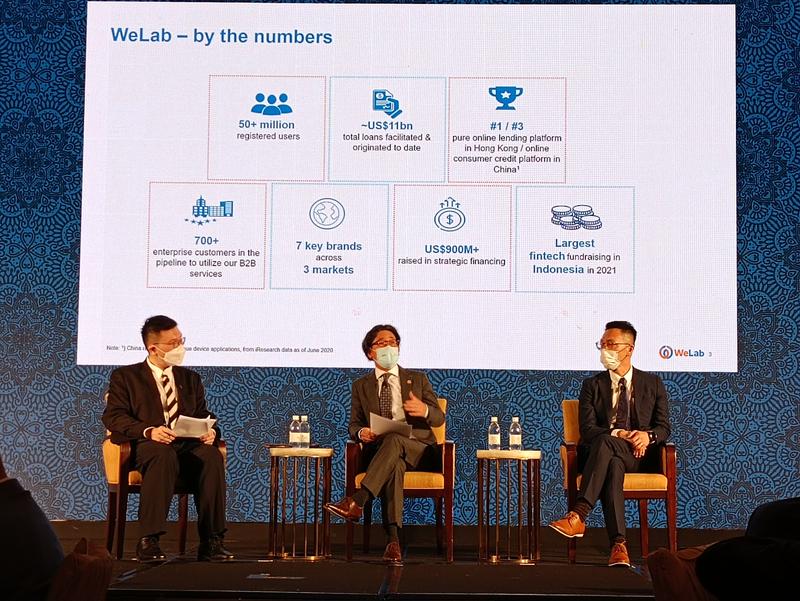 Wirakusumah said another potential growth area for investors is healthcare, with potential deals in the operating hospitals, laboratories and clinics; the manufacture of pharmaceuticals and medical devices and the building of an e-health ecosystem.

“We have the lowest healthcare spending per capita in Asia,” Wirakusumah said, adding that while Indonesia has a young population, with about 50 percent of its total population aged 30 and below,  demand for healthcare will rise when these people start getting older.

The seminar also featured a panel discussion in which Hong Kong-based businessmen -- Ernest Leung, group COO of WeLab Limited, and Keith Ip, one of the founding members of logistics firm AnterAja-- shared their experience in doing business in Indonesia.