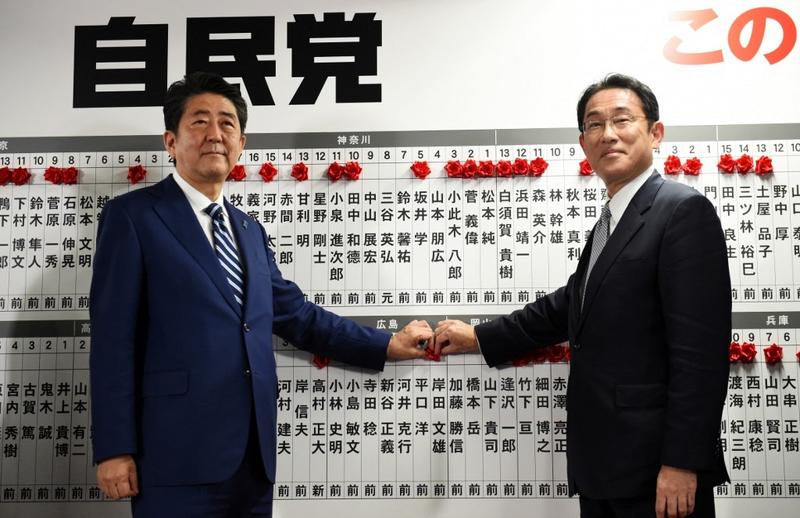 NARA, Japan – After a strong showing in an election overshadowed by the killing of former premier Shinzo Abe, Japanese Prime Minister Fumio Kishida may have fresh momentum to hike defense spending on a scale beyond the grasp of his slain mentor.

In doing so, Kishida, a moderate from Hiroshima who wants nuclear weapons banned, would expand on Abe's hawkish legacy and ensure support from Liberal Democratic Party hardliners loyal to Abe.

The LDP's ruling coalition increased its majority in parliament's upper house two days after Abe, the nation's longest-serving premier and a party power broker, was gunned down during a campaign speech in the western city of Nara.

The crime stunned a nation in which gun violence is rare, setting off a wave of mourning and assessments of Abe's legacy. His influence was both far-reaching and polarizing, especially on defense. The funeral was set for Tuesday.

The next defense budget could be as much as 6 trillion yen ($45 billion), or an increase of 11 percent from last year, one LDP lawmaker who had been close to Abe and had knowledge of internal defense discussions told Reuters, on condition of anonymity.

"If he can achieve that, the conservatives within the party will flock to Kishida and he will have a long-term administration, no doubt about it," the lawmaker added.

"Kishida can secure his throne by realizing Abe's goals."

That conservative support is critical, since Kishida has pursued economic policies that diverge from the neo-liberalism Abe favored. Control of the factious LDP would allow Kishida three years to execute his program before another election.

Japanese voters, fearing a slide into militarism, have traditionally been wary of big increases in defense spending.

Annual percentage increases of about 10 percent, the size mentioned by the LDP lawmaker, would double military spending to 2 percent of GDP by the end of the decade.

"Kishida is riding a virtually unprecedented wave of support in Japan for increasing the defense budget," said Christopher Johnstone, a senior adviser and Japan chair at the Center for Strategic and International Studies (CSIS).

"There is little controversy about what Kishida has proposed."

Abe, who stepped down in 2020 after two terms as prime minister, was elected for his second stint in 2012 pledging to revive the economy and loosen the limits of a pacifist constitution that prevents Japan from waging war.

His cabinet later adopted a resolution to amend the post-World War Two constitution to allow the exercise of collective self-defense, providing the legal basis for expansion of military activities, but he ultimately failed to revise it.

Kishida appears to have less enthusiasm for that goal than Abe – he has said parts of the constitution may have elements that "are outdated and lacking" and hoped discussion on revising it could proceed.

Parties open to revising the constitution maintained their two-thirds majority in the upper house.

"Although questions remain over what they'll be spending the money on, where the money will come from," he added.

More than half the respondents in a poll last month by Jiji Press want to see an increase in defense spending. Almost two-thirds said Japan should acquire missiles with sufficient range to strike foreign enemy bases.

Some observers, such as retired admiral Katsutoshi Kawano, a former chief of the Japanese Self-Defense Forces' Joint Staff, want to see bigger spending.

An "appropriate" increase would be about 20 percent or roughly 1 trillion yen, he said, adding that the extra funds should go to maintenance and logistics to ensure the military can deploy the planes, ships and other fighting assets it already owns.

The military has to cannibalize equipment to keep other systems operational because of a lack of money for spare parts, a former senior defense ministry official told Reuters, asking not to be identified because of the sensitivity of the issue.

Japan will require a decade to build a more potent force that can absorb a doubling of defense spending, with the first three years needed to bring its existing equipment up to scratch and to stock up on munitions, the official said.

Kishida will have to reveal how much he wants to hike defense spending by the end of August and his cabinet will approve the final number at the end of the year.

He is set to release a revised national security strategy and a new five-year military procurement roadmap by year's end.