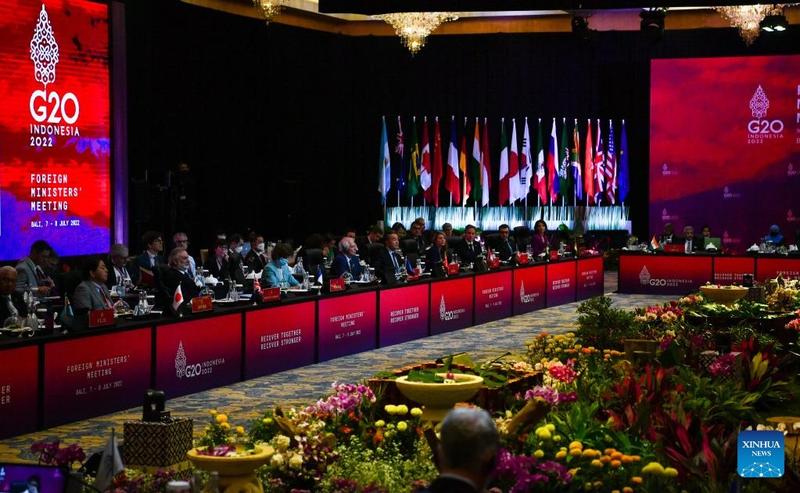 State Councilor and Foreign Minister Wang Yi on Friday stressed the importance of upholding true multilateralism and developing partnerships among countries as he attended the Group of Twenty Foreign Ministers' Meeting in Bali, Indonesia.

Forming exclusive "small yards with high fences" against others runs counter to the trend of the times and is only doomed to fail, Wang said.

Noting that world peace and development are currently faced with major challenges, Wang Yi said the international community is hoping the G20 can build consensus and promote global cooperation to provide confidence and hope to a world full of uncertainties

Noting that world peace and development are currently faced with major challenges, he said the international community is hoping the G20 can build consensus and promote global cooperation to provide confidence and hope to a world full of uncertainties.

He added that countries should be partners for peaceful coexistence and win-win cooperation.

If a country works to strengthen military blocs, it will only lead to division in the international community and make itself less safe, Wang said.

He said that countries should engage in fair and not cutthroat competition or even malicious confrontation, and called on countries to be partners for openness, inclusiveness and interconnectivity. 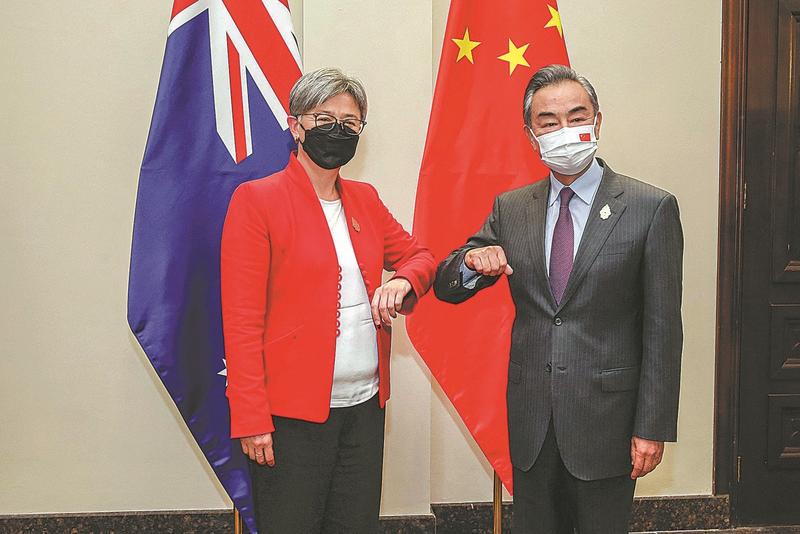 On Friday, Wang also held a series of bilateral meetings on the sidelines of the foreign ministers' meeting with his counterparts, including Australian Foreign Minister Penny Wong.

The meeting between Wang and Wong amid a strained Sino-Australian relationship was the first face-to-face one between the two countries' foreign ministers since 2019.

Speaking at a regular news briefing in Beijing, Foreign Ministry spokesman Zhao Lijian said that a sound and stable political relationship between China and Australia serves as the precondition and guarantee for pragmatic cooperation.

There is no "autopilot" mode for improving bilateral ties, Zhao said, urging Canberra to reset relations with concrete actions.