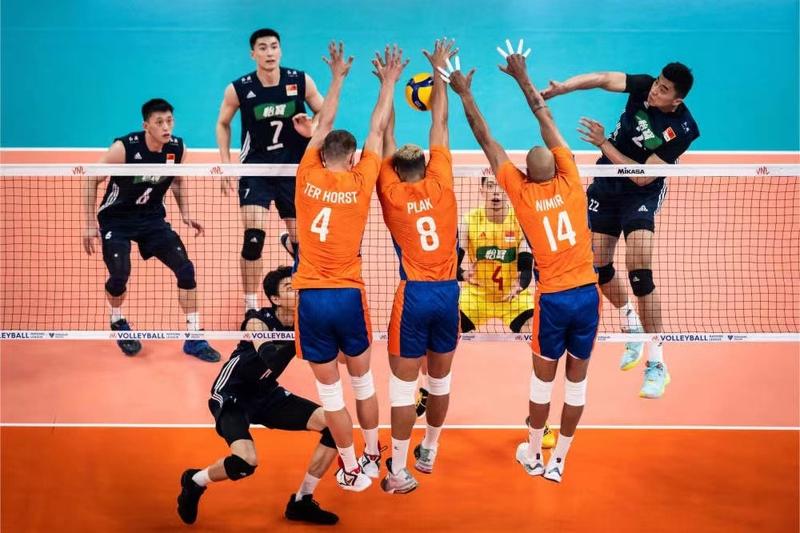 China played vigorously in the first set, surging to level at 24-24 from 22-17 down but the Netherlands had the final say

China played vigorously in the first set, surging to level at 24-24 from 22-17 down but the Netherlands had the final say.

In the first set, Zhang Jingyin turned out to be China's leader in attack as he scored nine.

The Dutch side, coached by Italian Roberto Piazza, took control in the next two sets and captain Nimir Abdel-Aziz led the team to victory by scoring a game high 30 points.

Zhang Guanhua and Zhang Jingyin did their best to pour 12 points each while Thijs Te Horst scored 14 for the winners.

Wu Sheng's players remain in the 13th position with two victories against Brazil and Germany as China will play against hosts Poland on Thursday.

The world champions believe that the clash will be important for them.

"We are happy that we play in front of stunning supporters, the atmosphere in Gdansk is great. However, we failed in the tournament's first match, so we have to erase a bad memory on Thursday," Poland's setter Marcin Janusz claimed.