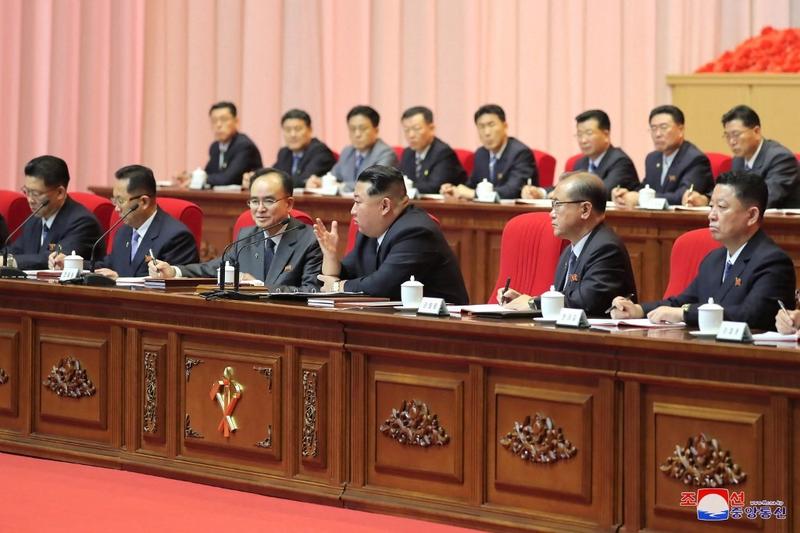 This undated picture taken during the period between July 2 to 6, 2022 and released from the DPRK's official Korean Central News Agency on July 7 shows DPRK leader Kim Jong-un speaking during The Special Workshop for Officials in the Party Life Guidance Sections of Organizational Departments of Party Committees at All Levels of the Workers' Party of Korea at the April 25 House of Culture in Pyongyang. (STR / KCNA VIA KNS / AFP)

The event focused on the "Party Life Guidance" sections, which are organizations that monitor and police loyalty of officials and members across the country

The conference was the first of its kind and involved "realizing the organizational and ideological consolidation of the Party ranks in every way" and enhancing the party's leadership role, state news agency KCNA said.

The event focused on the "Party Life Guidance" sections, which are powerful organizations that monitor and police loyalty of officials and members across the country.

In remarks to the conference, Kim called party life guidance a "blood vessel and nerve gland" that firmly link party organizations with the central committee, and the main axis of implementing ideas and policies of the party, KCNA reported.

The DPRK is grappling with multiple crises, including its first acknowledged COVID-19 outbreak, the economic effects of international sanctions and erratic weather events such as high temperatures and floods.