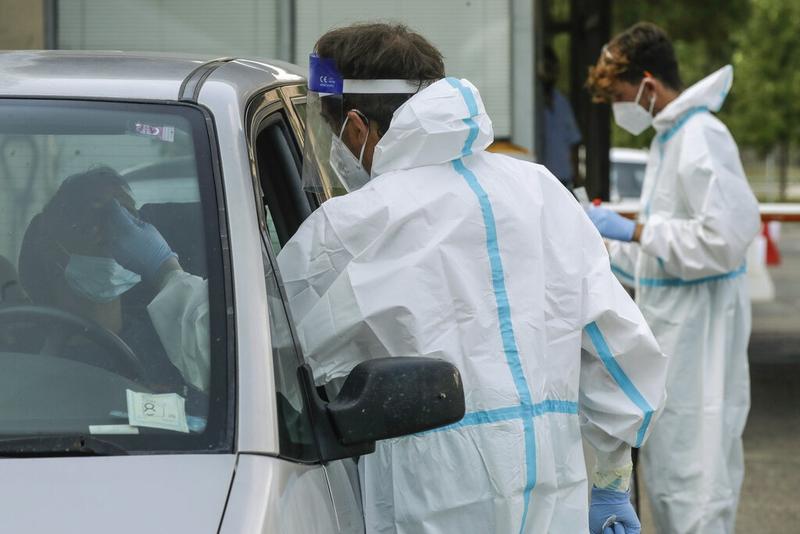 Italy, whose death tally since the beginning of the pandemic is the eight-highest in the world, also reported 94 deaths on Tuesday.

CureVac has filed a patent lawsuit in Germany against BioNTech over its use of mRNA technology, marking one of the first known cases of a company going to court amid the fierce competition to develop a vaccine against the coronavirus.

The German-based biotech company is seeking "fair compensation" from BioNTech and two subsidiaries for infringement of its intellectual property rights, it said on Tuesday.

When asked in a media call, Chief Executive Franz-Werner Haas did not rule out further legal action against BioNTech partner Pfizer or mRNA vaccine maker Moderna.

BioNTech said its work was original. "We will vigorously defend it against all allegations of patent infringement," BioNTech said in a statement. 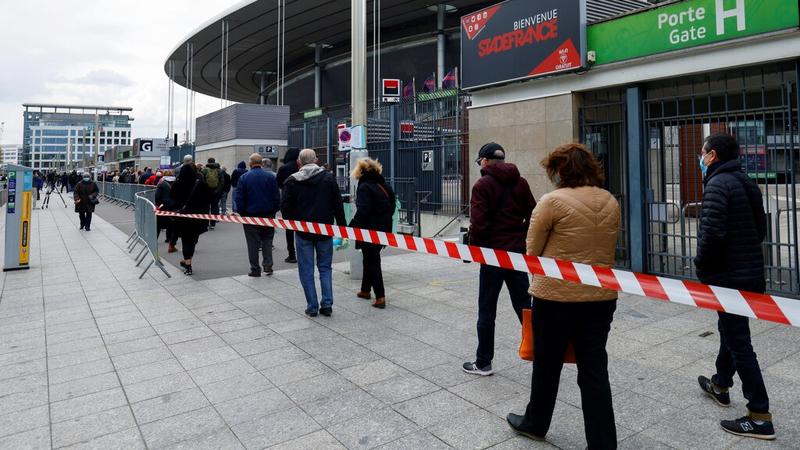 People queue outside the Stade de France stadium, which has been converted into a temporary COVID-19 vaccination site, in Saint-Denis, outside Paris, April 6, 2021. (THOMAS SAMSON / POOL VIA AP)

The country's new health minister Francois Braun announced the figures to the French National Assembly during a hearing on the health vigilance COVID-19 bill of the Law Commission.

"Today, it is clear, we have to wear the mask in crowded places, like here for example," Braun told the deputies.

"We are reporting around 120,000 cases per day on average this past week."

France has now lifted all COVID-19 restrictions. However, health professionals are warning of a seventh wave of the pandemic in the country. 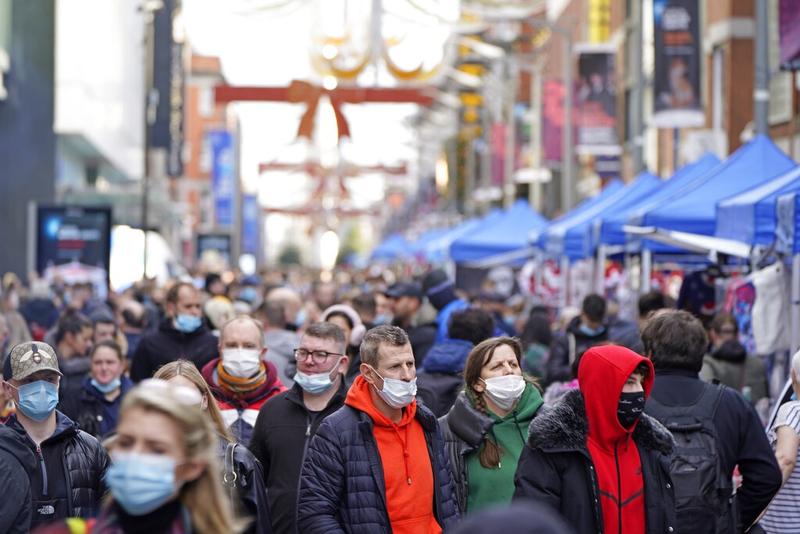 People wearing face masks against COVID-19 crowd a shopping street ahead of Christmas in Dublin, Ireland on Dec 23, 2021. (NIALL CARSON / PA VIA AP)

Ireland expects to run an extensive vaccine drive against COVID-19 and flu ahead of a potentially worrying winter surge that could lead to the reimposition of mask wearing in certain settings, Deputy Prime Minister Leo Varadkar said on Tuesday.

Ireland dropped all COVID-19 curbs earlier this year after having one of Europe's toughest lockdown regimes. While infections are on the rise again, Varadkar said the current wave seemed to be peaking and the number of hospitalised patients was expected to start falling in the next two to three weeks.

"I'm more concerned about the next wave which will come in the winter because that will happen when we're indoors more and it might come at the same time as the flu. We haven't really had a serious flu season since 2019," he told national broadcaster RTE.

"I see a very extensive COVID-19 and flu vaccine programme happening in the early autumn...and a possibility in the winter that we may ask people to wear masks again in certain settings. I don't envisage us having to bring back restrictions that cause businesses to close, but nobody can rule that out for sure." 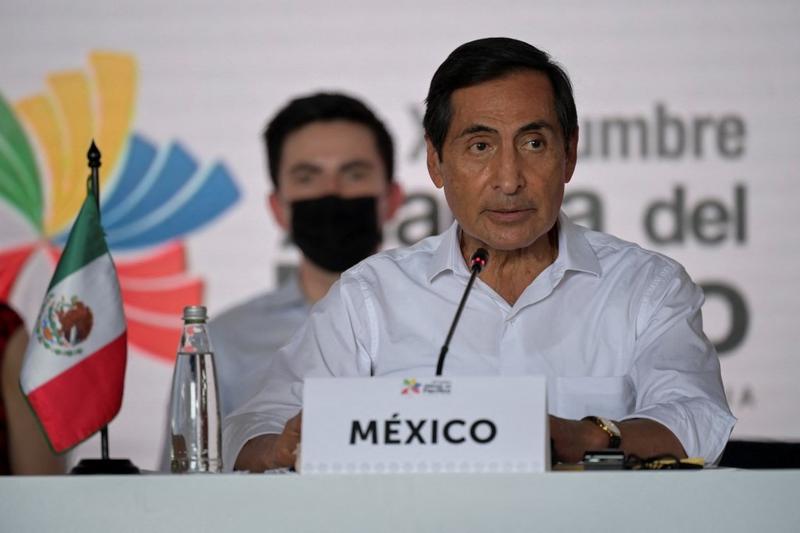 Mexican Secretary of the Treasury Rogelio Ramirez de la O speaks during the XVI Pacific Alliance Presidential summit at the Malaga Naval Base, near the seaport of Buenaventura, Colombia, on Jan 26, 2022. (LUIS ROBAYO / AFP)

The number of new daily COVID-19 cases in Slovenia jumped to 1,815 on Monday from 283 on Sunday and was 47 percent higher than a week ago, when there were 1,234 new cases, the National Institute of Public Health (NIJZ) said on Tuesday.

Queen Letizia of Spain (left) and Princess Leonor of Spain arrive to attend the Princess of Girona Foundation Awards  ceremony at the Agbar Water museum, in Cornella del LLobregat, near Barcelona on July 4, 2022. (PAU BARRENA / AFP)

Queen Letizia of Spain tested positive for COVID-19 on Tuesday after showing mild symptoms of the virus, the Spanish royal household said.

She has canceled her engagements for Wednesday, it added.

A medical worker administers a Covid-19 test at a testing site in Berkeley, California. (PHOTO / BLOOMBERG)

The fast-spreading BA.4 and BA.5 sub-lineages of Omicron are estimated to make up a combined 70.1 percent of the coronavirus variants in the United States as of July 2, the US Centers for Disease Control and Prevention said on Tuesday.

BA.4 and BA.5 made up 52 percent of US variants for the week of June 25. They were added to the World Health Organization's monitoring list in March and designated as variants of concern by the European Centre for Disease Prevention and Control.

The US Food and Drug Administration recommended last week that COVID-19 vaccine makers change the design of their booster shots beginning this fall to include components tailored to combat BA.4 and BA.5.

BA.4 made up 16.5 percent of the variants in circulation, the latest data showed, while BA.5 accounted for 53.6 percent.