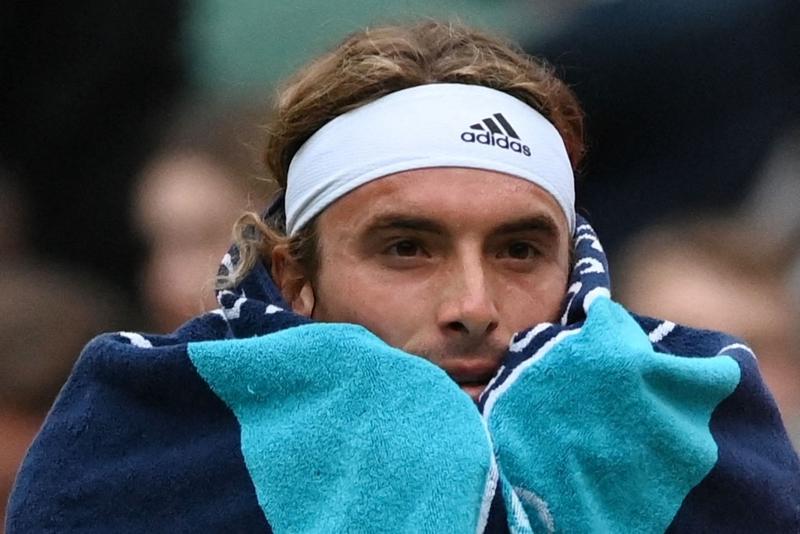 Greece's Stefanos Tsitsipas wraps himself in a towel during a pause in his men's singles tennis match against Australia's Nick Kyrgios on the sixth day of the 2022 Wimbledon Championships at The All England Tennis Club in Wimbledon, southwest London on July 2, 2022. (GLYN KIRK / AFP)

LONDON - Greek fourth seed Stefanos Tsitsipas labelled Nick Kyrgios a "bully" with "an evil side" to his character after losing a bad-tempered Wimbledon third-round clash on Saturday.

Kyrgios came out on top 6-7(2) 6-4 6-3 7-6(7) after more than three incident-packed hours but the feuding continued in the post-match media conferences.

Kyrgios had kept up a running dialogue with the umpire at times during the match, was warned for swearing and upset his opponent to such an extent that Tsitsipas tried to hit him with a smash after coming close to being defaulted for whacking a ball in frustration into the crowd.

The 23-year-old Tsitsipas was booed by the crowd at one stage after losing his composure in what he described as a Kyrgios circus. After his loss on Court One, Tsitsipas made his feelings known in no uncertain terms.

"Yeah, it's constant bullying, that's what he does. He bullies opponents. He was probably a bully at school himself. I don't like bullies," Tsitsipas said.

"I don't like people that put other people down. He has some good traits in his character, as well. But he also has a very evil side to him, which if it's exposed, it can really do a lot of harm and bad to the people around him." 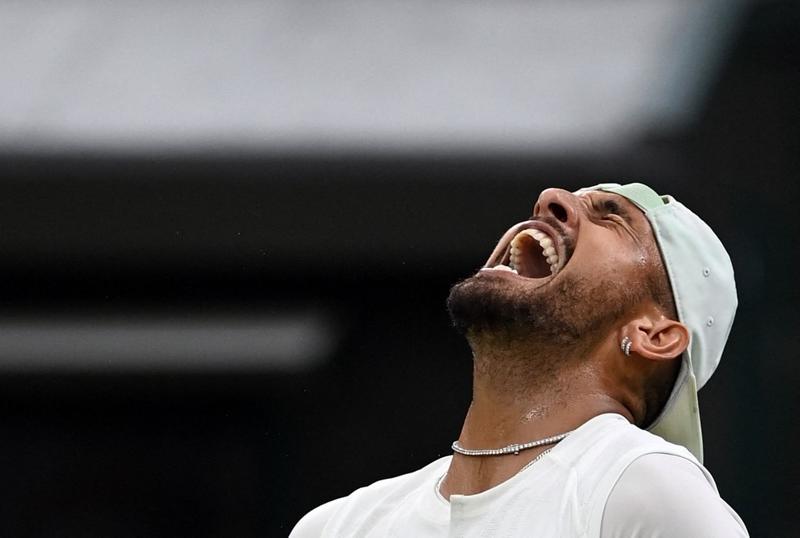 Kyrgios, fined $10,000 after his first-round match for spitting towards a fan, was warned for swearing on Saturday and then called for Tsitsipas to be defaulted after the Greek hit a ball close to a spectator's head after losing the second set.

Afterwards he laughed off Tsitsipas's remarks about bullying and said the Greek had "serious issues".

"I did nothing towards Stefanos today that was disrespectful. I was not drilling him with balls. To come in here and say I bullied him, that's just soft. We're not cut from the same cloth. I go up against guys who are true competitors.

"I've got many friends in the locker room, just to let you know. I'm actually one of the most liked. I'm set. He's not liked. Let's just put that there."

Tsitsipas apologized for losing control but said it was frustrating that the umpires did not come down harder on the Australian whose talent is often overshadowed by his antics.

"I wish we could all come together and put a rule in place. I don't know. Something about talking. Why would you be talking while you're playing? It makes no sense," he said.

"Every single point that I played today I feel like there was something going on on the other side of the net.

"That's his way of manipulating the opponent and making you feel distracted, in a way. There is no other player that does this. I really hope all us players can come up with something and make this a cleaner version of our sport, have this kind of behavior not accepted, not allowed, not tolerated."

Kyrgios later said Tsitsipas should be more concerned with his losing record against him, having also been beaten in Halle recently. "I would be pretty upset if I lost to someone two weeks in a row. Maybe he should figure out how to beat me a couple more times first," the Australian said.

Tsitsipas conceded he had tried to hit Kyrgios with a smash in the third set.

"I was aiming for the body of my opponent but I missed by a lot," he said. "I'm not used to play this way. But I cannot just sit there, act like a robot and act like someone that is completely cold and ignorant.

"Because you're out there doing your job, and you have noise coming from the other side of the court for no absolute reason."