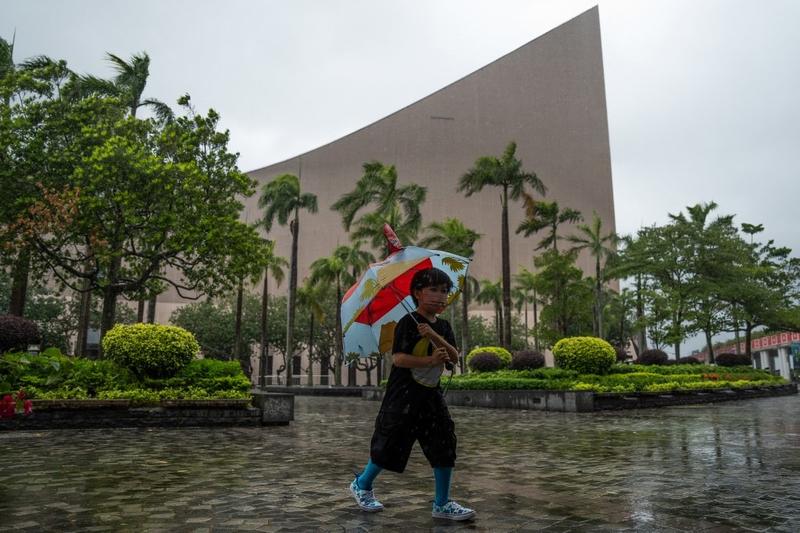 A boy runs under the rain at a promenade next to Victoria Harbour as Typhoon Chaba passes Hong Kong on July 2, 2022. (BERTHA WANG / AFP)

HONG KONG - The Hong Kong Observatory on Sunday afternoon lowered the typhoon signal over the city to Standby Signal, No 1 as Tropical Storm Chaba continued to move inland.

In a bulletin, the HKO said the typhoon signal was lowered at 2:10 pm but strong winds and Chaba’s outer rainbans were still exected to affect the city occasionally.

The Observatory said the typhoon signal was lowered at 2:10 pm but strong winds and Chaba’s outer rainbans were still exected to affect the city occasionally

“When Chaba no longer poses a threat to Hong Kong, the Observatory will cancel all tropical cyclone warning signals,” the bulletin reads.

At 4 pm, Tropical Storm Chaba was estimated to be about 440 kilometers west-northwest of Hong Kong and was forecast to move north or north-northeast at about 14 kilometers per hour across inland Guangxi and weaken gradually.

The HKO urged members of the public to stay away from the shoreline and not to engage in water sports.