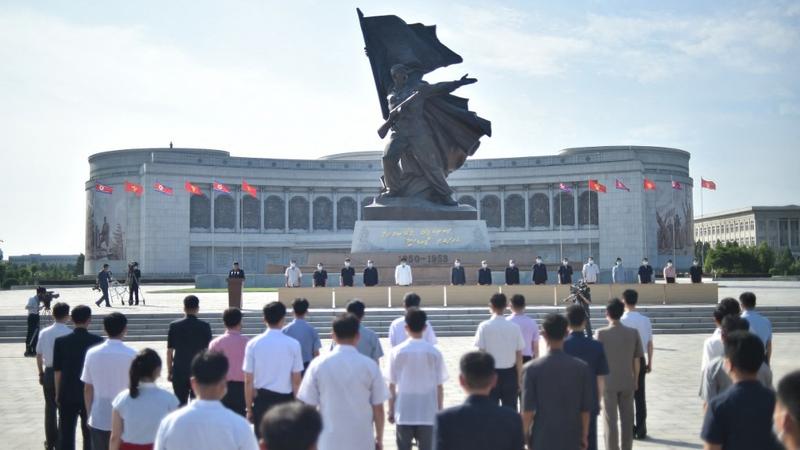 In this photo taken on June 25, 2022, people attend a mass rally to mark the "day of struggle against US imperialism", on the 72nd anniversary of the three-year Korean War, which began on June 25, 1950, at the plaza of the Victorious Fatherland Liberation War Museum in Pyongyang. (KIM WONG JIN / AFP)

SEOUL - The Democratic People’s Republic of Korea criticized the United States, the Republic of Korea and Japan's recent agreement on strengthening military cooperation to be a means to materialize a US plan for a military alliance like NATO in the region.

DPRK's foreign ministry spokesperson said as much to a question put by KCNA, the state news agency reported on Sunday.

"The reality clearly shows that the real purpose of the US spreading the rumor about 'threat from North Korea' is to provide an excuse for attaining military supremacy over the Asia-Pacific region," said the spokesperson. The DPRK is also referred to as North Korea.

"The prevailing situation more urgently calls for building up the country's defenses to actively cope with the rapid aggravation of the security environment," the spokesperson added.

The leaders of the United States, ROK and Japan met on the sidelines of a NATO summit last week and agreed to explore further means to reinforce "extended deterrence" against DPRK.