By Cheng Yuezhu in Beijing and Mao Weihua in Urumqi

An independent taxonomist and his team of volunteers are moving mountains in Xinjiang to discover new species of flora and protect endangered ones through artificial propagation, report Cheng Yuezhu in Beijing and Mao Weihua in Urumqi. 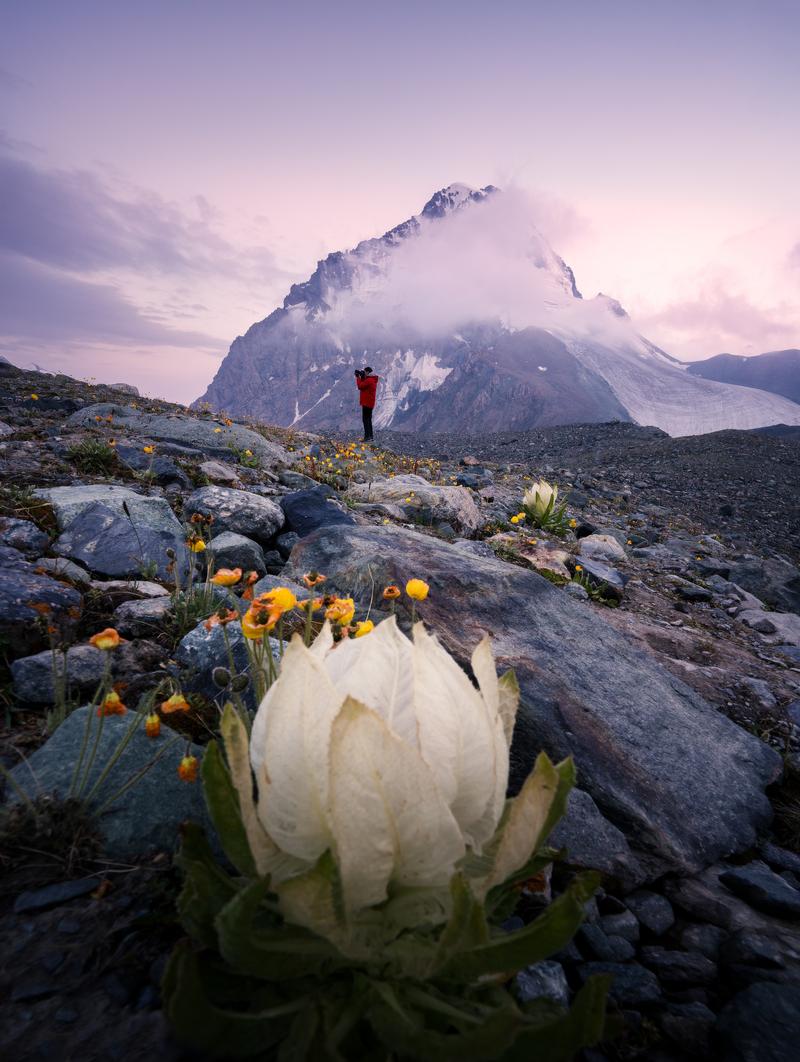 The Tianshan Mountains are home to rare species of plants like the snow lotus. (PHOTO PROVIDED TO CHINA DAILY)

Editor's note: China is home to 56 UNESCO World Heritage sites. To find out how these natural and cultural gems still shine and continue to inspire the nation in this new era of development, China Daily is running a series of reports covering 10 groups of selected sites from across the country. In this installment, we explore the heavenly charm of the Tianshan Mountains which run through the heart of the Xinjiang Uygur autonomous region.

For many, the strikingly beautiful Tianshan Mountains in the Xinjiang Uygur autonomous region are imbued with mystical powers; the azure water of Tianchi Lake is the abode of the mother goddess; and the brilliant white snow lotus an elixir of life.

But for Yang Zongzong, the Tianshan Mountains are a childhood happy place, where weekends meant an adventure with wild plants. Today, now that the curious little boy has grown into an independent plant taxonomist, the mountains continue to be a source of never-ending fascination and discovery.

Between April and September every year, Yang and members of his Natural Botanical Society venture deep into the mountains－usually for around 15 days at a time－to keep a record of Xinjiang's flora, collect specimens for research and protect endangered species through artificial propagation.

On each day of the field trip, Yang cleans the latest specimens, neatly arranges them between sheets of newspaper and places them inside a plant press. Over the next few weeks, he replaces the paper every morning and evening until the specimens are completely dry. These are then labeled and mounted as exhibits. Sometimes, readying one specimen can take up to two months. 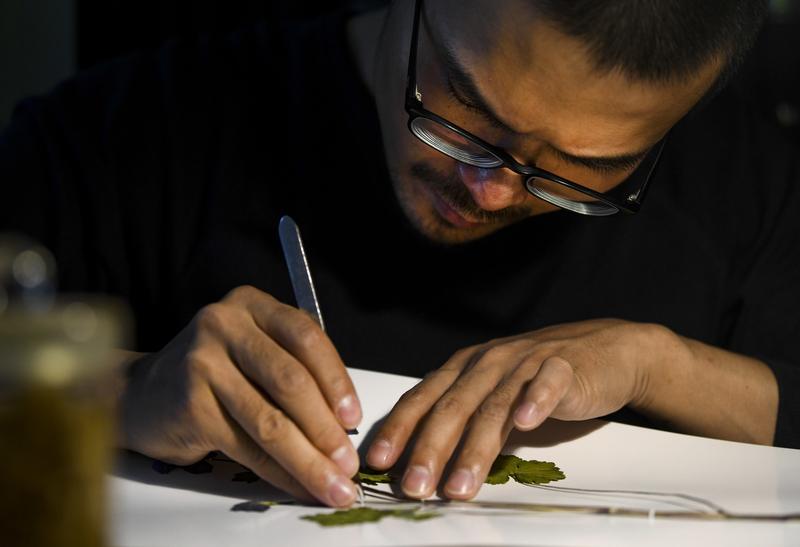 The process of plant taxonomy may seem monotonous and punishing, but Yang begs to differ. "Each plant is unique. Every time I look at one, it is like peering into a whole new world. A set of questions come to mind. Why is the flower red instead of yellow? Why are there five petals instead of four? Why does it look so similar to another plant? Finding the answers is so fulfilling," he says.

Yang was born in Urumqi, the regional capital, in 1984. At the age of 6, he found at home a handbook on Xinjiang's herbal medicines. He was still learning to read and was unable to comprehend all that was written, but the line drawings of plants piqued his curiosity.

Once in primary school, Yang began learning the names of various plants and spent his allowance on getting herbs from a local pharmacy. He compared these with descriptions in the handbook, familiarizing himself with their smell and taste. Plants became his favorite toys, and given the myriad species in Xinjiang, the source of his joy was infinite.

With time, he became interested in the nomenclature and classification of plants. He realized plants belonging to the same family or genus share similarities in appearance and characteristics. He started reading more about Xinjiang's medicinal herbs, which marked the beginning of his dedication to plant taxonomy.

In 1998, on a two-day field trip to the Tianshan Grand Canyon organized by his middle school's biology club, Yang spotted a flowering plant bearing a resemblance to the rare genus Diplandrorchis. He wrote to Chen Xinqi, the late leading orchidologist and the discoverer of Diplandrorchis. Chen informed him that the plant was Neottia inayatii, and that this was the first time it had been found in China. 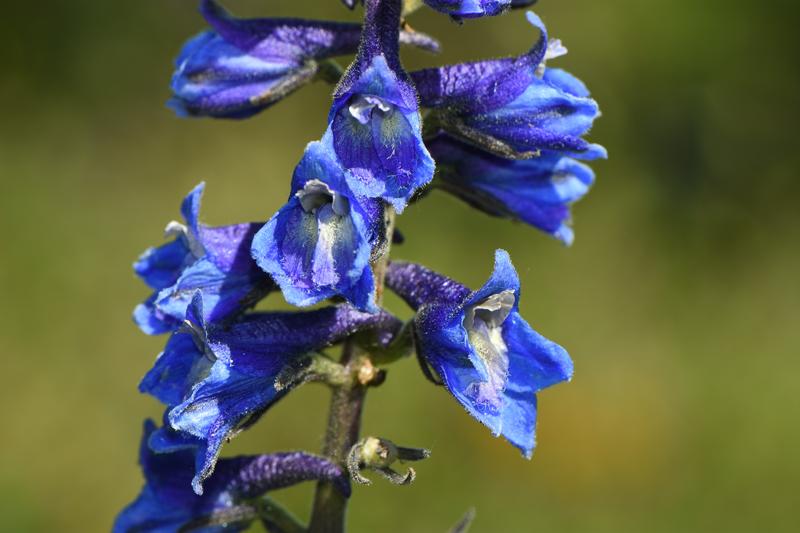 The chance discovery and the publishing of his findings won Yang top awards in national contests, and he was granted admission to Beijing Normal University as a biology major.

Yang spent a few years in profitable careers, but his love for wild plants never faded. In 2014, encouraged by friends, he resumed research on flora, spending his salary on equipment and venturing into the wild whenever he could.

"When I went to the mountains as a teenager, I usually collected pretty flowers that caught my eye. Now, I focus on the inconspicuous ones, which have hardly been studied," Yang says.

In 2017, he founded the Natural Botanical Society, which currently boasts 13 core members, 20 long-term volunteers and more than 200 plant enthusiasts who occasionally volunteer. The society protects endangered species and raises awareness through workshops.

So far, Yang and his team have discovered eight new plant species in Xinjiang－seven of them in the Tianshan Mountains alone－the key contributing factors being the region's altitudinal distribution of vegetation and geographical differences between the northern and southern slopes.

"The Tianshan Mountains host comprehensive growing zones for plants－from desert, grassland and forest species, to those found in subalpine meadows, alpine meadows and the subnival belt. Hence, the plants are all unique," Yang explains. 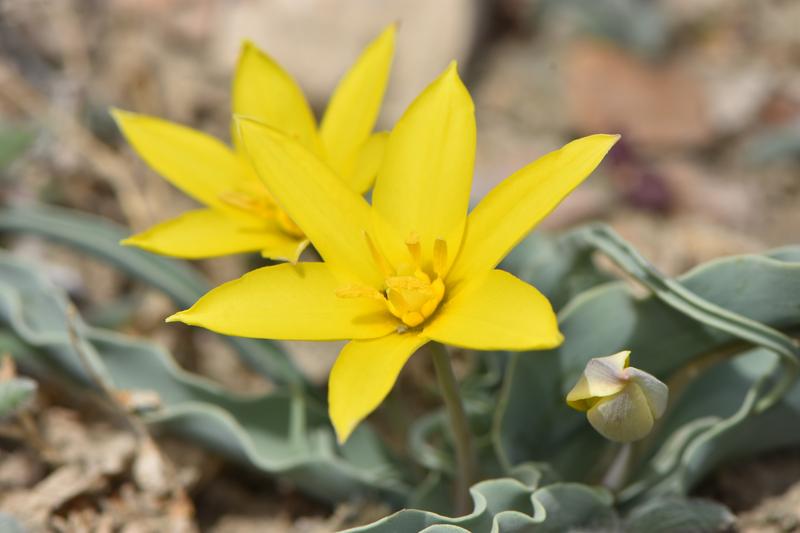 According to Yang, citing Flora Xinjiangensis (Flora of Xinjiang), the region has more than 3,500 vascular plant species. The numbers may not be impressive when compared to China's 30,000-plus species, but these plants are distinctive in character and half of them are found only in Xinjiang.

In 2018, Yang met Wang Wencai, a leading botanist and academician with the Chinese Academy of Sciences. Wang encouraged Yang and his team to keep documenting and collecting Xinjiang's plants and compile the findings into a book. He quit his job and took up research full time.

Last year, the Atlas of Wild Vascular Plants in Northern Xinjiang was published, written and compiled by Yang and two members of the Natural Botanical Society, Chi Jiancai and Ma Ming.

"This work has high academic value, accurate identification of plant species and precious pictures. It can play an important role in school and university education in Xinjiang, as well as in the popularization of botany," Wang writes in his recommendation of the book.

Yang had a personal herbarium of more than 10,000 dried plants. After the book was published, he donated most of his collection to national herbariums, where these can be better preserved.

"I have often been asked why I have such great passion for plants. I believe passion is to love something no matter what, and strive to do our best for the cause. Perhaps this is the embodiment of my personal value," Yang says.