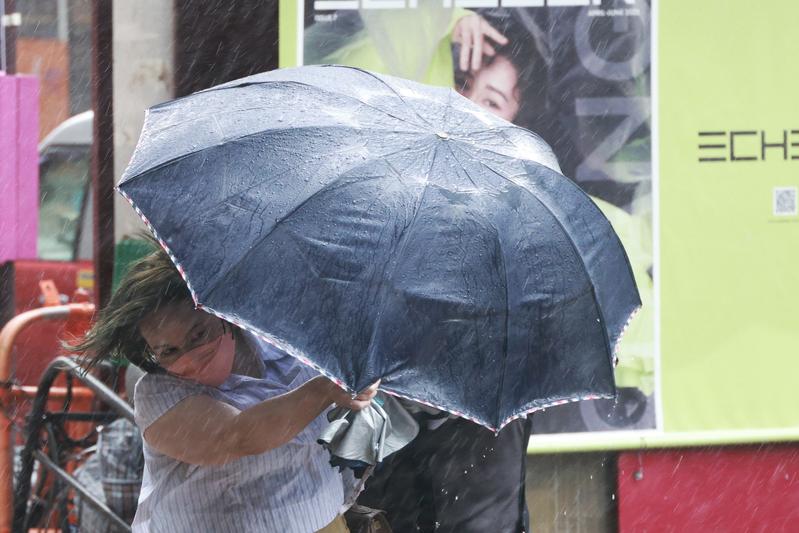 A woman tries to hold on to her umbrella amid strong winds due to Severe Tropical Storm Chaba in the Central district of Hong Kong on July 1, 2022. (ANDY CHONG / CHINA DAILY)

HONG KONG - The Hong Kong Observatory said it will lower the No 8 Gale or Storm Signal to Strong Wind Signal No 3 before 5 pm today as Typhoon Chaba gradually departs from Hong Kong.

The observatory raised the signal at 7:10 pm Friday, meaning that winds with mean speeds of 63 kilometers per hour or more are expected from the southeast quarter.

At 2 pm, Chaba was centered about 330 kilometers west-southwest of Hong Kong and is forecast to move northwest at about 16 kilometers per hour in the coast of western Guangdong

In a weather bulletin issued at 2:45 pm Saturday, the HKO said Chaba has already made landfall near Dianbai district, Maoming city in Guangdong and is departing gradually from Hong Kong.

"Local winds are weakening gradually. The Observatory will issue the Strong Wind Signal No 3 to replace the No 8 Gale or Storm Signal before 5 pm," the bulletin reads.

It is windier over southwestern part of the territory, occasionally reaching gale to storm force offshore and on high ground, according to the HKO.

It is expected that Chaba’s rainbands will still occasionally bring heavy squally showers to Hong Kong, it added.

At 3 pm, Chaba was centered about 330 kilometers west-southwest of Hong Kong and is forecast to move northwest at about 16 kilometers per hour in the inland of western Guangdong. 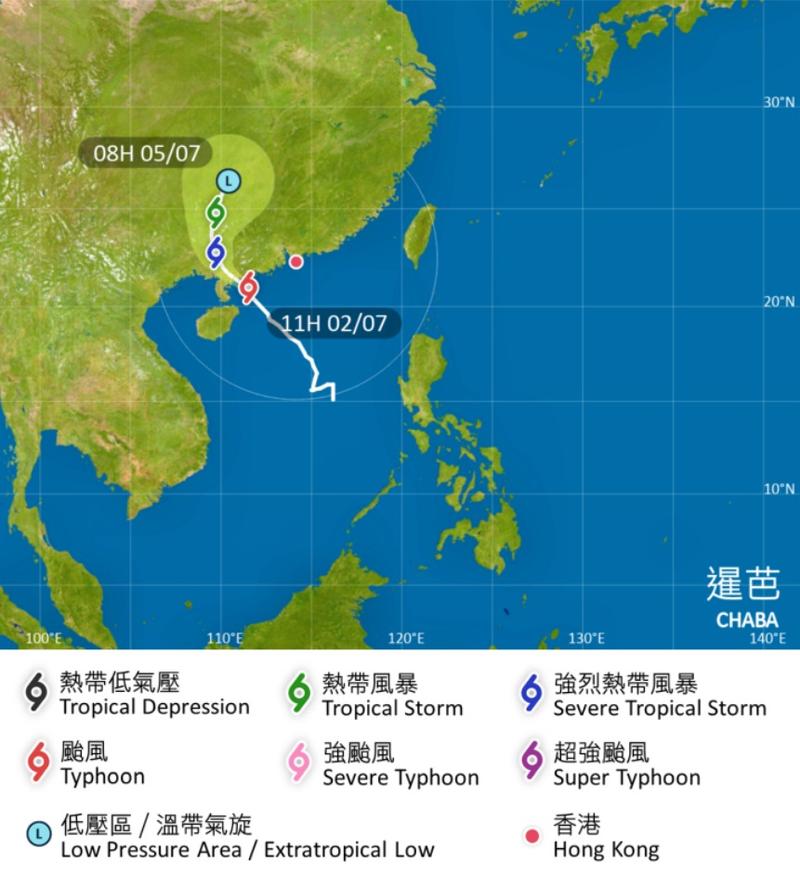 According to the Hospital Authority, two men have been injured during the typhoon as of 12:30 pm Saturday. They have received treatment at the Accident and Emergency Department of public hospitals

The Home Affairs Department said it has opened 25 temporary shelters in various districts and 87 people have sought refuge at the shelters.

The government has received 37 reports of fallen trees and one report of flooding as of 1 pm Saturday.

The Education Bureau announced that classes of all day schools are suspended Saturday.

All hearings of the courts and tribunals, including any admission proceedings, are adjourned Saturday, the Judiciary announced in a statement. 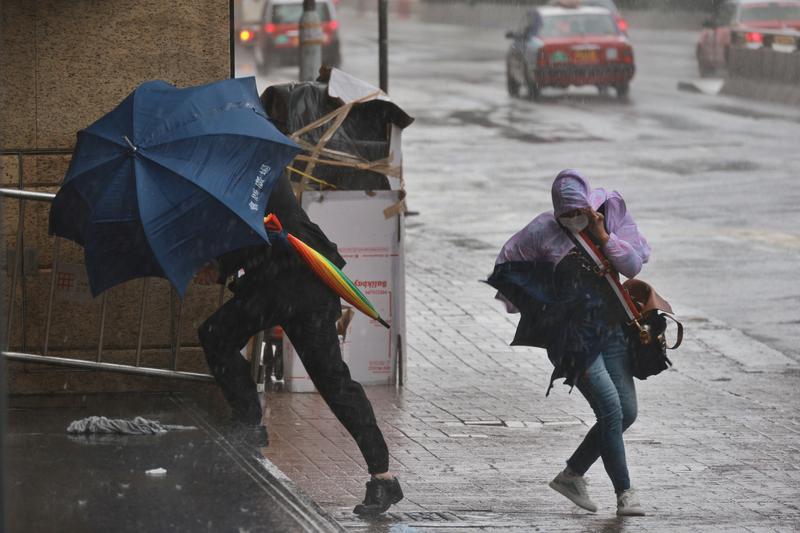 "Patients, who have scheduled appointments, are advised to make a new appointment after the cancellation of the Tropical Cyclone Warning Signal No 8, the statement reads.

All Community Vaccination Centres under the COVID-19 Vaccination Programme will remain closed Saturday. For those with a booking affected by the closure of the CVCs, their booking will be rescheduled to a later date and they will be informed of their new appointment date and time by SMS notification, the government said.