WHO ramps up response in E. Africa amid looming health crisis 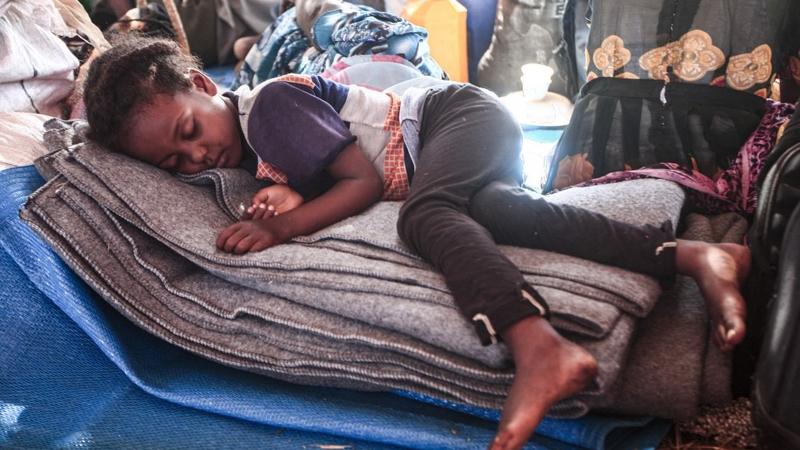 In this file photo taken on Nov 16, 2020, an Ethiopian refugee child who fled fighting in Tigray province, sleeps in a hut at the Um Raquba camp in Sudan's eastern Gedaref state. (EBRAHIM HAMID / AFP)

NAIROBI - The World Health Organization said Thursday it's intensifying its operations to the looming health crisis in eastern Africa amid acute food insecurity.

Ibrahima Soce Fall, WHO Assistant Director-General for Emergency Response said the health risks in the region are increasing while access to healthcare is deteriorating

Ibrahima Soce Fall, WHO Assistant Director-General for Emergency Response said the health risks in the region are increasing while access to healthcare is deteriorating.

"The cost of inaction is high. While the clear priority is to prevent people from starving, we must simultaneously strengthen our health response to prevent disease and save lives," Fall said in a statement issued in Nairobi, the capital of Kenya.

Fall was earlier this week in Nairobi where WHO convened a two-day meeting to plan its response across the seven countries affected by the health emergency — Djibouti, Ethiopia, Kenya, Somalia, South Sudan, Sudan and Uganda  —  and coordinate with other UN agencies and partners.

The UN health agency said its setting up a hub in Nairobi, from where it will coordinate the response and organize the delivery of life-saving medical supplies to where they are needed most.

These supplies, it said, include medicines, vaccines, as well the medicines and equipment needed to treat children who are severely malnourished.

WHO said the eastern African region faces acute food insecurity, the worst in 40 years, caused by conflict, extreme weather events induced by climate change, rising international food and fuel prices and the impact of the pandemic.

WHO said it's also working with ministries of health in the affected countries to set up robust disease surveillance systems to be able to quickly detect and respond to disease outbreaks.