Alcaraz roars into Wimbledon third round 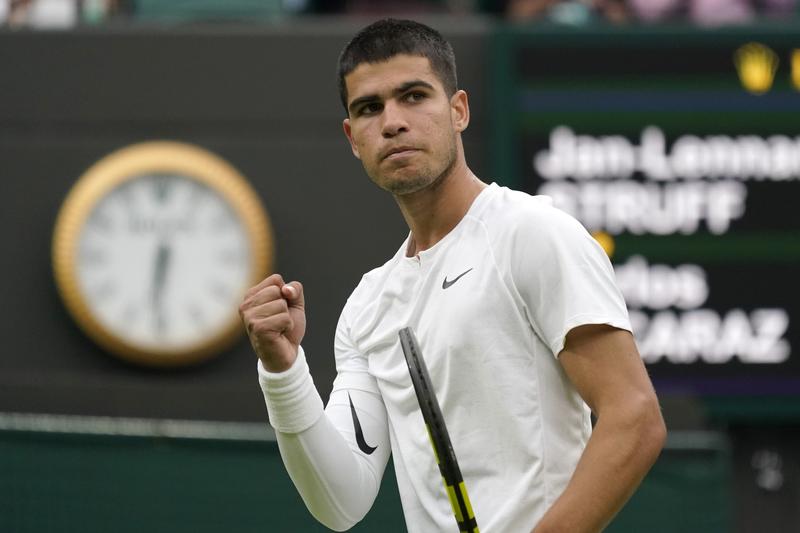 Spain's Carlos Alcaraz reacts after winning a point against Germany's Jan-Lennard Struff during their men's singles tennis match on day one of the Wimbledon tennis championships in London, June 27, 2022. (ALBERTO PEZZALI / AP)

LONDON - Spaniard Carlos Alcaraz put down an impressive marker on the Wimbledon lawns as he breezed past Dutchman Tallon Griekspoor into the third round on Wednesday.

The 19-year-old fifth seed needed five sets to beat Germany's Jan-Lennard Struff on Monday but turned it up a notch against Griekspoor to win 6-4 7-6(0) 6-3.

Even when he was pushed into a tiebreak in the second set, Alcaraz reeled off seven straight points to seize control.

It was only the fourth match of his career on grass but already he looks capable of a deep run into the second week.

Next up is Germany's 32nd seed Oscar Otte on Friday.