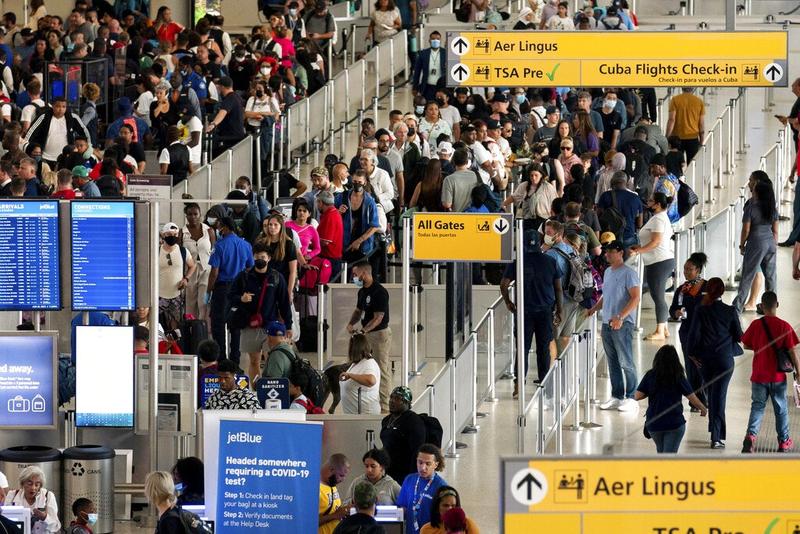 Piles of luggage beside baggage belts in airports from Canada to Europe are driving further demand for ground handlers, and adding to summer travel chaos as airlines scramble to bring back workers lost during COVID-19.

Once a cost-cutting and outsourcing target for aviation, ground handlers are now being offered raises, as frazzled passengers take to social media to complain about missing baggage.

The hiring cannot come fast enough as a rebound in travel and badly-needed airline revenue this summer is being weighed by congestion, rising costs and labor strife, after a two-year pandemic vacuum. 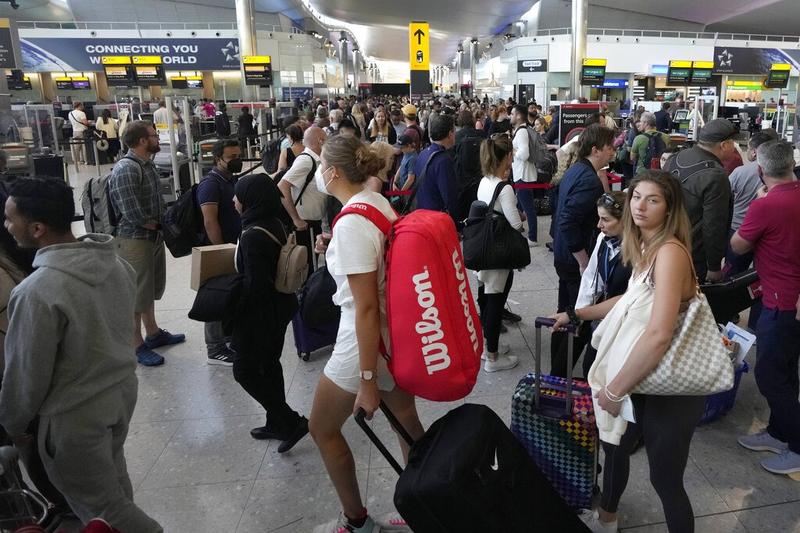 Travelers queue at security at Heathrow Airport in London on June 22, 2022. After two years of pandemic restrictions, travel demand is back with a vengeance but airlines and airports that slashed jobs during the depths of the COVID-19 crisis are struggling to keep up. With the busy summer tourism season underway in Europe, passengers are encountering chaotic scenes at airports, including lengthy delays, canceled flights and headaches over lost luggage. (FRANK AUGSTEIN / AP)

The International Association of Machinists and Aerospace Workers (IAMAW), which represents ground handlers, including baggage and cargo handlers, for Air Canada among other carriers, said some Canadian workers are being offered raises and double pay to work beyond eight-hour shifts, a union official said

Air Canada said late on Wednesday it would cut flights in July and August to reduce passenger flows to a level that the air transport system can accommodate.

The International Association of Machinists and Aerospace Workers (IAMAW), which represents ground handlers, including baggage and cargo handlers, for Air Canada among other carriers, said some Canadian workers are being offered raises and double pay to work beyond eight-hour shifts, a union official said.

"It's created a bit of a bidding war," said Dave Flowers, an IAMAW national president in Canada specializing in air transportation.

Flowers said there is no one explanation for the lost baggage, which is rather the result of staff shortages and flight delays that have created a "spiral effect," resulting in cases of passengers waiting up to seven days to get their bags back.

It's not clear when such problems would be resolved.

While Dublin airport has cut security delays at departure gates, some arriving passengers are complaining of lost bags and posting pictures online of piled-up luggage.

An Irish Independent journalist who posted a photo of luggage on Twitter, said some bags strewn on the ground had travel dates from weeks and months ago.

A spokesman for the Dublin Airport Authority said on Monday the problem was symptomatic of staff shortages running through the industry. 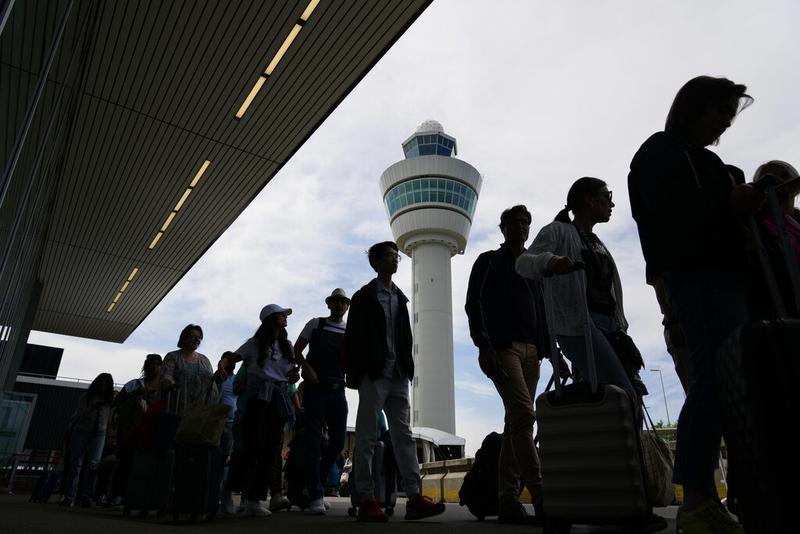 Travelers wait in long lines outside the terminal building to check in and board flights at Amsterdam's Schiphol Airport, Netherlands on June 21, 2022. (PETER DEJONG / AP)

While Dublin airport has cut security delays at departure gates, some arriving passengers are complaining of lost bags and posting pictures online of piled-up luggage

Fabio Gamba, director of the Airport Services Association, a trade group for the independent ground and air cargo handling industry, estimated that in 2019 there were roughly 220,000 to 240,000 people in ground handling in Europe.

Around 2020, there were fewer than 100,000, as ground handlers sought more stable jobs in other industries with better pay and working conditions.

"The industry has been looking at ground handling as the last element in the whole value chain of air transport," he said, adding he has seen examples of ground handlers being offered 15 percent higher pay.

Air Canada, which has its own employees who handle baggage at Toronto's Pearson International Airport, said the resumption in travel has led to "more instances of delayed bags" as passenger numbers surge. It is now carrying around 120,000 or more people per day on average, compared with 23,000 a year ago. 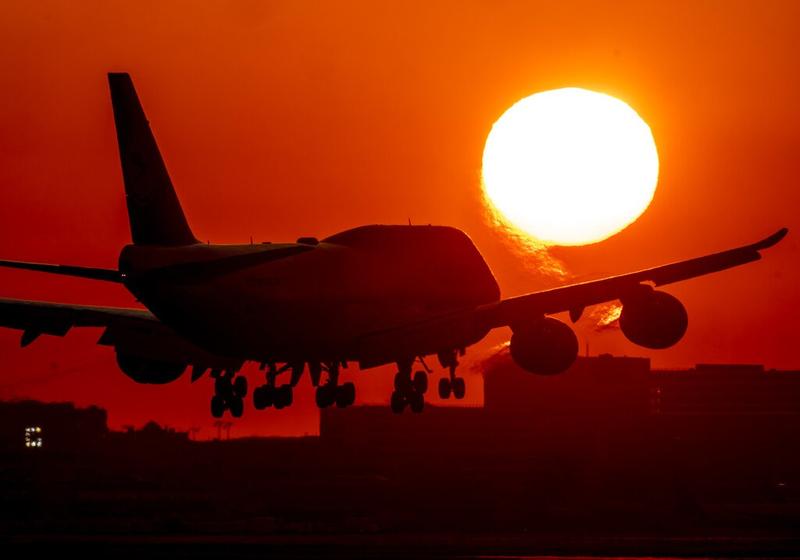 An aircraft lands at the international airport in Frankfurt, Germany, as the sun rises on June 21, 2022. (MICHAEL PROBOST / AP)

Around 2020, there were fewer than 100,000 people in ground handling in Europe, as others sought more stable jobs in other industries with better pay and working conditions

According to data agency Data Wazo, around half of Canada's domestic flights were delayed or canceled since June 22.

Canadian Transport Minister Omar Alghabra told reporters on Wednesday he recently raised the concerns of the ongoing travel headaches with the country's largest airports and airlines.

"They know that they need to add more resources and they're working on that," he said.