By Prime Sarmiento and Yang Han

The World Digital Economy and Technology Summit 2022 is being held in Kuala Lumpur, Malaysia, on June 28 and 29, 2022. (PROVIDED TO CHINA DAILY)

HONG KONG – The rapid growth of e-commerce is shaping Asia’s digital future, with more policies designed to encourage small businesses to go online, according to key speakers at an international forum on technology.

Participants on the opening day of the World Digital Economy and Technology Summit 2022, being held in Kuala Lumpur on June 28 and 29, also discussed how the pandemic has led to digital transformation, pushing more people into e-commerce, digital banking, telehealth, and online education.

WDET has been organized by the KSI Strategic Institute for Asia Pacific, the Economic Club of Kuala Lumpur and the Pacific Basin Economic Council and is supported by the China Daily Asia Leadership Roundtable.

We don’t need expensive equipment or high internet bandwidth … as long as we have this ability to collaborate.

“The widespread use of digital technology has accelerated the pace of globalization, transformed the world economic order, and has also transformed the Malaysian economy,” Mustapa said in his keynote address.

Mustapa opened WDET’s morning session by noting that Southeast Asia is one of the world’s fastest-growing internet markets and that “the pandemic has completely changed the digital landscape in Southeast Asia, where 14 million new internet users (were) recorded last year”. He said this pushed the “momentum of digitalization to unprecedented heights”.

The minister said there are already 875,000 MSMEs in Malaysia which have adopted e-commerce and the government has launched a digital economy blueprint to get 1.1 million MSMEs online by 2025. He said the government has set up a one-stop digital investment site and is enhancing digital literacy in line with Malaysia’s goal “to become a digitally driven and high-tech nation”.

Sandiaga, who delivered his speech via video link, said the Indonesian government is building a digital economy to create 4.4 million “new, better quality jobs”. He said only 77 percent of 60 million Indonesian MSMEs have connectivity, and less than 23 percent have access to financial capital.

“We don’t need expensive equipment or high internet bandwidth … as long as we have this ability to collaborate. 5G (technology) is only available in major cities now in Indonesia, but we hope to have it available throughout the country,” Sandiaga said. He said the government is “working hard to create more than 4,000 kilometers of fiber optics” to improve connectivity.

NR Narayana Murthy, founder and chairman emeritus of Infosys, one of India’s biggest technology companies, said the Indian government has launched two key initiatives which have “brought digitalization to the help of everybody in general, but to the poor in particular”. Murthy, attending WDET in person, said India’s introduction of the digital ID system helped in extending direct subsidies to the poor. Another key initiative is the Open Network for Digital Commerce, which will be launched late this year to help small traders go online. 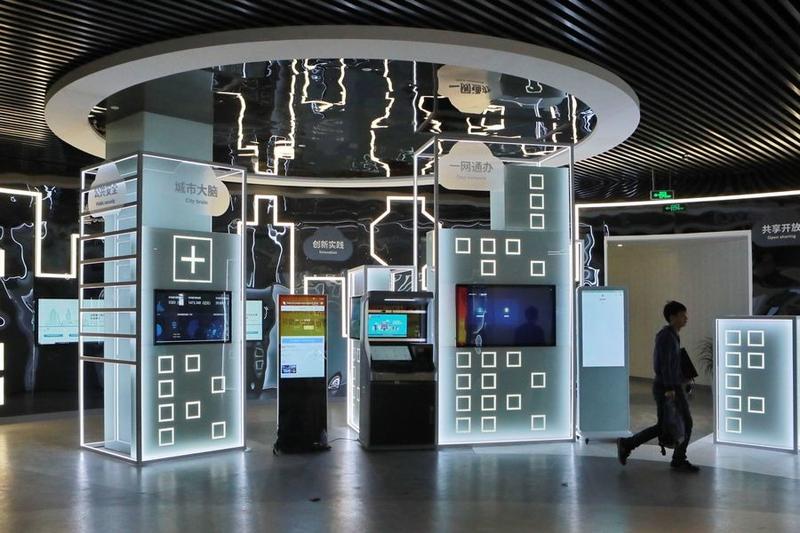 Murthy said digital commerce, quantum computing and the internet of things are some of the “most exciting technologies that will impact our lives”.

ALSO READ: Digital revolution — a race for survival for SMEs

“The poor people have still not been able to access it (e-commerce) as much as you and I would like,” he said. “But in the years to come, thanks to reduction of prices of cloud computing … digital commerce and digital governance will become all-pervasive.”

David Lee Kuo Chuen, professor at the Singapore University of Social Sciences, talked about the metaverse and how it can be applied to manufacturing.

“My definition of metaverse is actually the creation of a mixed-reality environment,” Lee said via video link. By combining the virtual and physical worlds, humans can have robots “which think like us” working in factories. He said the manufacturing sector in Singapore is using “human-robot collaboration”, adding that “it doesn’t take away jobs (from humans) but it does make us work a lot smarter”.

One panel discussion tackled the many opportunities that digital technology can offer. Yasmin Mahmood, independent non-executive director of Malaysia’s Bintulu Port Holdings, said the tech startup ecosystem will be crucial for economic value creation, harnessing the value from innovation.

“It is important that a country has this ecosystem (and) has what it takes to make sure that we encourage the young people and motivate them,” Yasmin said.

She also said the government needs to find the right balance between promoting technological innovation and setting the guide rails to better deal with unintended consequences of digitalization, such as polarization on social media platforms, and the digital divide between urban and rural.

Chin Yew Sin, Malaysia-based adviser for the Asia-Pacific region at the Global One Belt One Road Association, said all major countries in the world, to be more independent in the global economic system, need to digitize their currencies.

He cited the 75-basis-point rate hike by the United States Federal Reserve in mid-June and how this has affected many countries, including Sri Lanka which is on the verge of bankruptcy.

“Nowadays, if you want to (get) away from the US dollar, the only way is to digitize your currency, so that when you buy anything you don’t have to use US dollars,” said Chin, adding that he believes the Chinese yuan will be the major currency in the world in 10-15 years through digitalization.

“By fostering a culture of digital dexterity and adoption in their organizations, such leaders take their organizations and lead it ahead,” said Biber. “Digital leaders are well aware that every industry, from manufacturing to professional services, can benefit from digital practices.”

At the very least, the digital transformation journey has to be about increasing economic activity, according to Mahadhir Aziz, chief executive officer of Malaysia Digital Economy Corporation, a government agency under the Ministry of Communications and Multimedia Malaysia.

Noting that Malaysia aims to digitize its entire economy in the future, Mahadhir said digitalization is not only about building economic activity based on digital technology, but also about providing the right kind of intervention to the right target groups, to facilitate innovation.

Almost 90 percent of central banks around the world are developing their own digital currencies and China is taking a very aggressive role, said Charles Chang, deputy dean of academics and director of the Fintech Research Center at the Fanhai International School of Finance at Shanghai’s Fudan University.

“At the national level, the concept of (digital yuan) is about sustainable economic development … it is about financial inclusion,” said Chang, noting policy-level digital leadership should be about how to use the technologies to solve critical issues a country is facing.