Principal aims to familiarize HK youth on mainland with nation

Editor’s Note: This year marks the 25th anniversary of Hong Kong’s return to the motherland. Over the past quarter-century, many Hong Kong people have crossed the border to seek new lives on the Chinese mainland. In the second part of China Daily’s “Anniversary Talks” series, we put the spotlight on them to record the dramatic changes on both sides and reveal how the closer cross-border connections have left an imprint on their lives.

Cheng King-leung, who worked in Hong Kong’s education sector for over 30 years, in 2021 began serving as chief principal of a Guangzhou school that had opened for Hong Kong and Macao students. In this article, Cheng said he aspires to help more Hong Kong young people get an accurate understanding of the motherland, and better tap into the new opportunities available on the mainland. 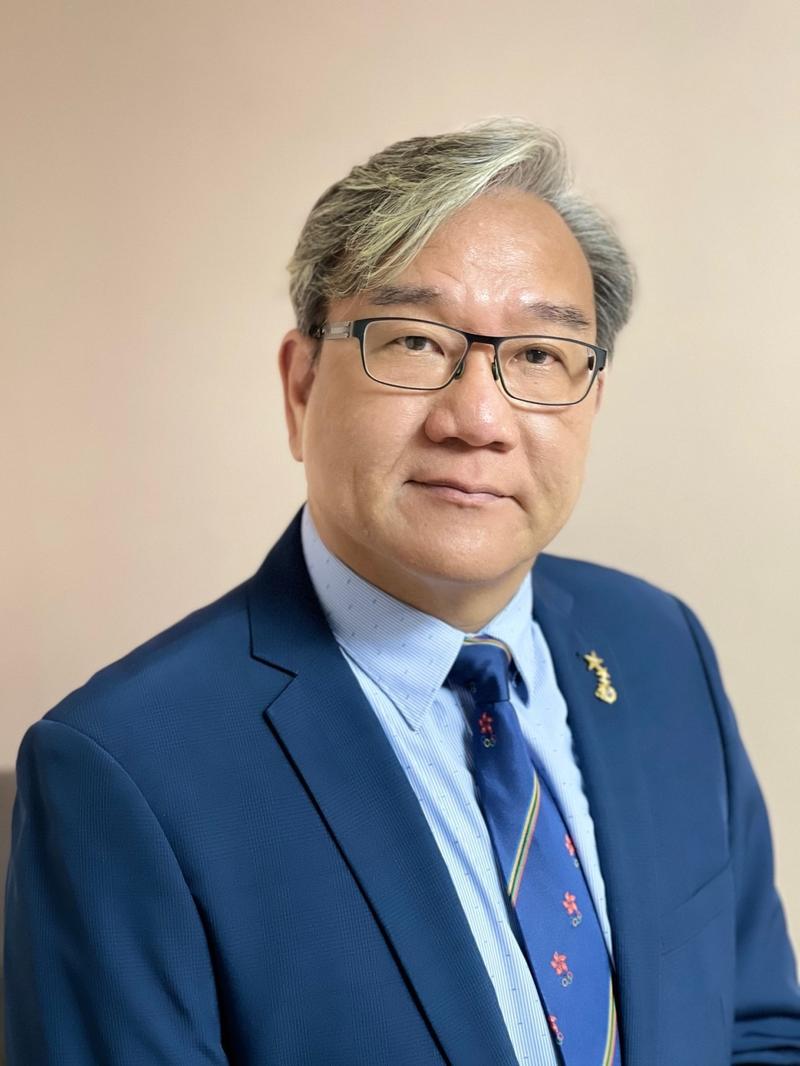 I had been looking forward to life in Chinese mainland for a long time. In 2014, I bought a flat in Zhongshan city, which I intended to live in for my future retirement. By 2019, after the social unrest in Hong Kong, I sincerely hoped to spread the information I received on the mainland to Hong Kong young people, so that they could have a better understanding of the mainland culture. So I decided to move across the border to continue my career on the mainland.

As a Hong Kong resident, I’ve seen an improvement in living standards in the Chinese mainland, but the cost of living is still reasonable.

2. What do you think of the development of “one country, two systems” on the 25th anniversary of the establishment of the Hong Kong Special Administrative Region? In recent years, Hong Kong has seen a lot of changes, such as the Anti-Extradition Law Amendment Bill Movement, the implementation of the National Security Law and the last three elections under the new electoral system. How do you see the impact of these changes on Hong Kong?

The return of Hong Kong to the motherland is a very exciting event for both Hong Kong and the mainland residents. I feel strongly that we have been taken care of directly by our motherland. Although, we have experienced many challenges, our country has always provided assistance and it also has given Hong Kong people a sense of inspiration and belonging. 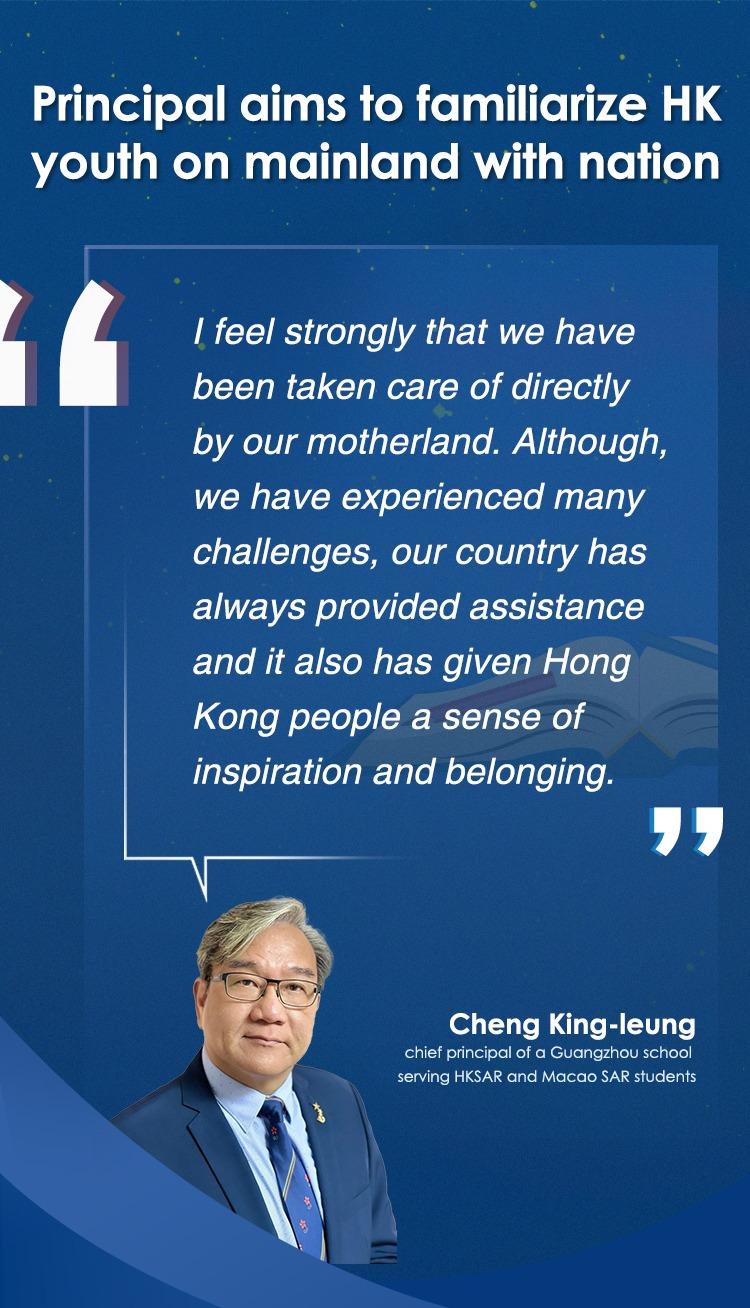 The implementation of “one country, two systems” in Hong Kong has been strongly supported by the central government, but Hong Kong has suffered from colonial administration and its cultural influences, as well as offensive propaganda against our motherland by some Western media in recent years. A small number of young people are unable to gain a deeper understanding of the country’s development and related policies, which has led to conflicts.

I hope that more young people will come to the mainland to learn more about various aspects of our country. When I work in the Guangdong-Hong Kong-Macao Greater Bay Area, I realize that my colleagues and students, along with Hong Kong people, have similar pursuits - a peaceful home and a united society.

3. Since the 25th anniversary of the establishment of Hong Kong SAR, what changes have you felt in your work or life as a Hong Kong resident on the mainland?

When I was young, during times of natural disasters on the Chinese mainland, such as the floods in eastern China in 1991, Hong Kong residents have always been there to generously extend a helping hand

We are delighted to see that the new generation of Chinese youth is more energetic about changing the country, and this will increase China’s impact on the global stage. 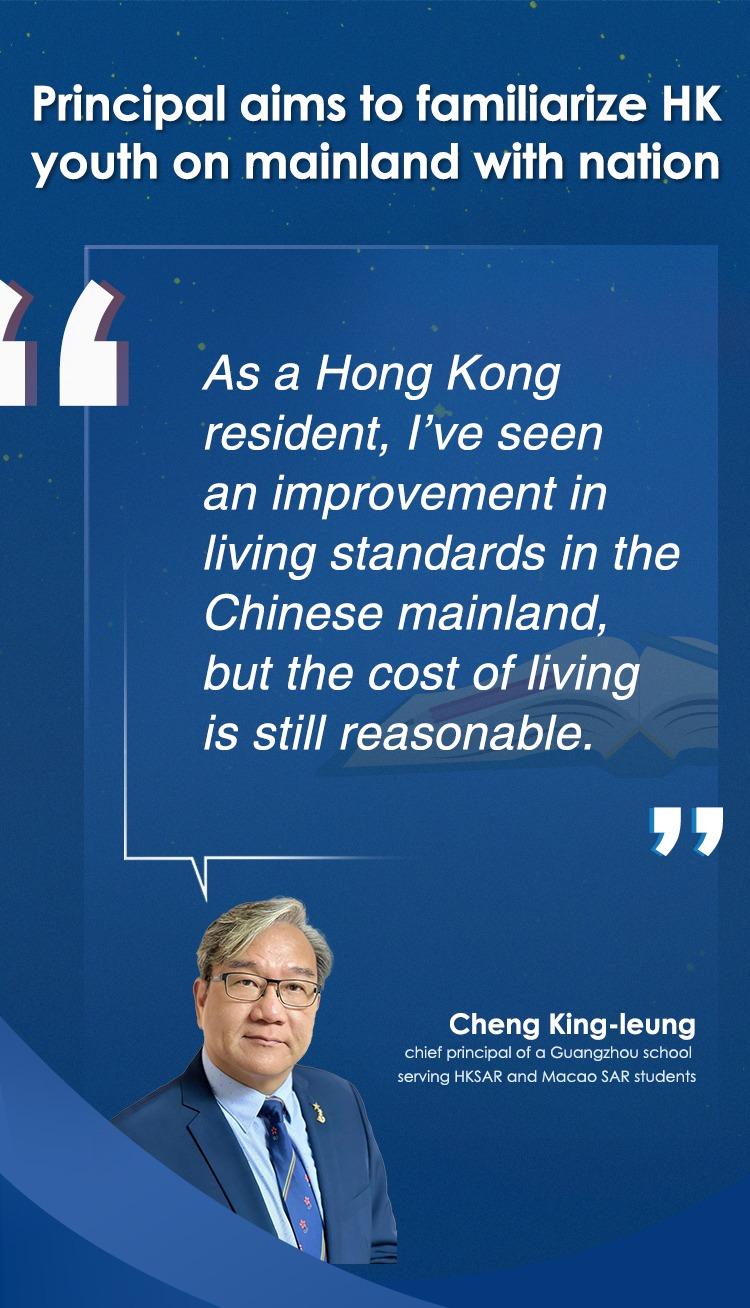 4. Could you share more about the developments of your industry in recent years, especially under the framework of the Guangdong-Hong Kong-Macao Greater Bay Area blueprint? How has the Hong Kong and mainland people’s understanding of each other changed?

The GBA development outline has provided many new directions for the education sector I work in, such as quality education and holistic education. Also, it provides schooling opportunities for the children of overseas Chinese and international people working in the Greater Bay Area.

At the height of the pandemic in Hong Kong during the city’s worst wave of the COVID-19 outbreak, the country swiftly sent in medical workers to help treat COVID patients and construction workers to help build the isolation and treatment facilities

The outline gives clear guidelines on many issues, including the operation of our school. The establishment of our school enables Hong Kong students to continue to receive Hong Kong education when they arrive in the Greater Bay Area. Our course is designed according to the Hong Kong curriculum and also nurtures students according to the methods of the international education philosophy.

5. There have been many moments of mutual support between the mainland and Hong Kong, including the assistance amid the COVID-19 pandemic. What impressed you most? Could you share with us some sweet moments of the integration between the two places you feel on the mainland?

I think that the blood of our compatriots in Hong Kong and the mainland is thicker than water. When I was young, during times of natural disasters on the Chinese mainland, such as the floods in eastern China in 1991, Hong Kong residents have always been there to generously extend a helping hand.

This sentiment has not been diluted since Hong Kong’s reunification with the motherland, but the situation has changed and the mainland has developed rapidly in technology and other aspects.

The Chinese mainland, which has successfully brought the pandemic under control, has also helped Hong Kong get through its pandemic outbreaks.

At the height of the pandemic in Hong Kong during the city’s worst wave of the COVID-19 outbreak, the country swiftly sent in medical workers to help treat COVID patients and construction workers to help build the isolation and treatment facilities.

We are all Chinese and we need to support and encourage each other to keep going.