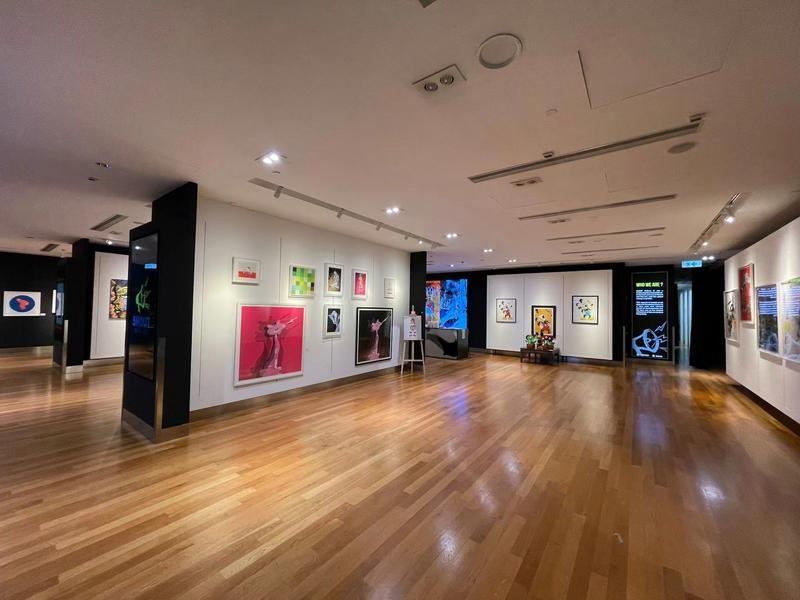 If the happenings in Hong Kong’s art and cultural scene over the past two decades are compiled into a storybook, it would be a voluminous saga full of captivating developments, meaty food for thoughts, satisfying endings of each chapter and beguiling  suspense that signals “to be continued”.

To prove it’s not an overstatement, one should look no further than the just past Art Basel, the hotly anticipated major international art event, where Hong Kong has been one of three cities in the world and the only one in Asia to host it; Art Central, being the centerpiece of the Hong Kong Art Month each year, vouches for the boundary-pushing contemporary art; Hong Kong Arts Festival, pinnacle of the city’s performing arts events, regales arts aficionados with visual, auditory and intellectual feasts through a dazzling repertoire of performances and educational activities; Hong Kong Asian Film Festival has held since 2003, bringing brilliantly produced films in Asia to the big screen of the “Hollywood of the East”, a feature in its cap that Hong Kong has taken pride in.

Art and culture could be the most variable, volatile, mutable and unpredictable industry, as it has to evolve itself perennially to cater to the ever-changing palate and preference of the consumers, in order to stay relevant, relatable and entertaining.

The very epitome of multiculturalism, Hong Kong over the past decades has never ceased to enliven its art and cultural scene by absorbing and assimilating novel art genres, alternative means of art expression, edgy art language, and niche cultural phenomena, like a highly porous sponge. It’s in the “East-Meets-West” city’s DNA to constantly reshuffle its art jigsaws and tweak with the fashion of presenting its cultures, while keeping the traditional Chinese culture enshrined and grounded. 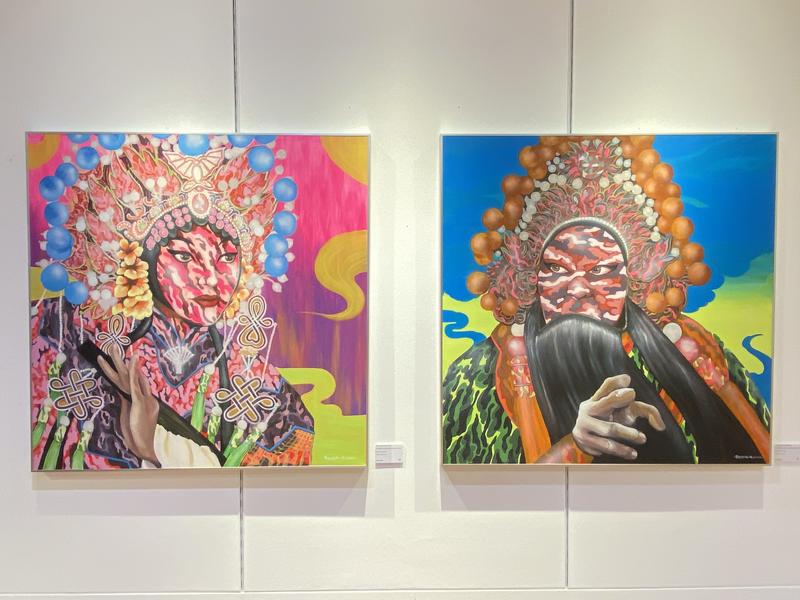 One of the twists and turns that Hong Kong has imaginatively incorporated to art are advanced technology and block-chain technology, which has changed and will reshape the way of art being created and consumed, says Pascal de Sarthe, the owner of de Sarthe Gallery. The gallery, founded in Paris 1977, has become a fixture on Hong Kong’s art scene since it’s moved here in 2011, showcasing the works of Impressionist, Modern and contemporary artists.

“The evolution of new technology will be the next break in tradition in the art history of the 21st century. As a gallerist I have always been interested in artists that use new tools to express themselves within the context of the challenges of the evolution of their society. That has been a major move in our gallery program,” says De Sarthe. His gallery represents a lot of contemporary home-grown and Chinese mainland artists who inventively fuse such advanced technologies as AI and video games into their art creation.

De Sarthe says he’s thrilled to see the artists using state-of-the-art technologies as a creative medium rather than a marketing tool. “Our Shanghai based represented artist Wang Xin applied AI technology as a tool to keep evolving her use of art language and signs, to challenge the status of the artist and the functioning of the art market today criticizing the larger art ecosystem,” he says.

Hong Kong seems to have a keen sense and accurate intuition to newly-minted art phenomena, which explains why the city can cement its foothold in the global art scene. “Galleries, artists, auction houses and art fair in the city reacted swiftly and almost simultaneously to any new art trend or concepts. NTF artworks have become quintessential in the city’s art fairs and auction houses have seen record breaking sales from NFT art,” says Chris Tang, owner of SHOUT Art Hub and Gallery.

Another salient and heartening change happening in the city’s art ecosystem is that local young emerging artists have been gaining due recognition and visibility, which subsequently brings them to the international limelight.

Mak2, a local artist, counts herself lucky that she embarked on her art journey in Hong Kong as the city unfurls a gateway for her to expand her mind and visions and allows her artworks garner international reach. “My works have been exhibited in Art Basel Hong Kong for four times. Other than the international exposure (that Hong Kong offers), I am lucky to receive good art education in Hong Kong,” says Mak2. 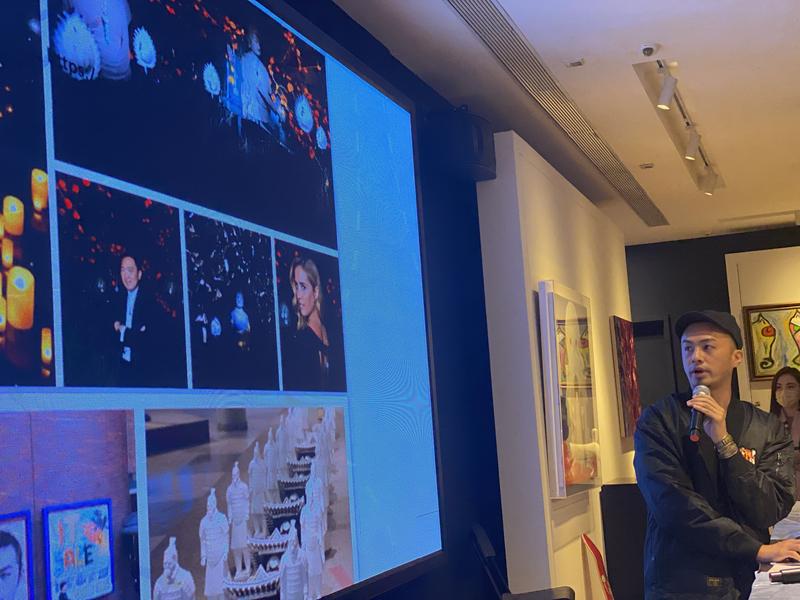 JIMMY RICE, shares knowledge on NFT art with secondary school students on a regular basis, to equip the youngsters with the wings of imagination and creativity. (PHOTO PROVIDED TO CHINA DAILY)

Participating in art exhibitions in the Chinese mainland also enlightened her artistically. The prowess of her mainland counterparts, their “high standard” works, and their “cross-sector and cross-media” ventures, are all inspiring, adds Mak2.

“Art dens” scatter across the city, where unfledged artists with limited budget but unbridled muses shelter in sharing spaces with each other. Wong Chuk Hang is one of them, synonymous with artistic, creative, young dynamic and alternative, that De Sarthe has an affinity for. Compared with Central, also a culturally effervescent area in the city, where the rental is prohibitive and the adequate spaces with low ceiling is not artist-friendly, “Wong Chuk Hang reminds me of Chelsea (neighborhood) in New York. With a few young galleries already there, it offers a synergy and a sense of belonging to the art community,” he says, which led him to move its gallery to Wong Chuk Hang in 2017.

There’re also galleries dedicated to empowering local young talented artists, affording them a bigger canvas and display window, which they would have found elusive in their nascent stage of art career. Among them is SHOUT Gallery, started in 2020 and having expanding to a compact studio to a premise of a decent scale.

“Hong Kong has a wealth of artistic talents deserved to be seen. We hope to play a part in promoting their visibility by lending our efforts in providing the right venues and resources to support the growth of local art,” says Tang.

A young gallery though, SHOUT gallery has hosted 20 exhibitions for over 50 artists since 2021, with the majority of the solo exhibitions featuring artists from Hong Kong and the Chinese mainland. Most exhibitions are set up in the city’s shopping malls with sound foot traffic, which means the artists’ works stand to get generous exposure. 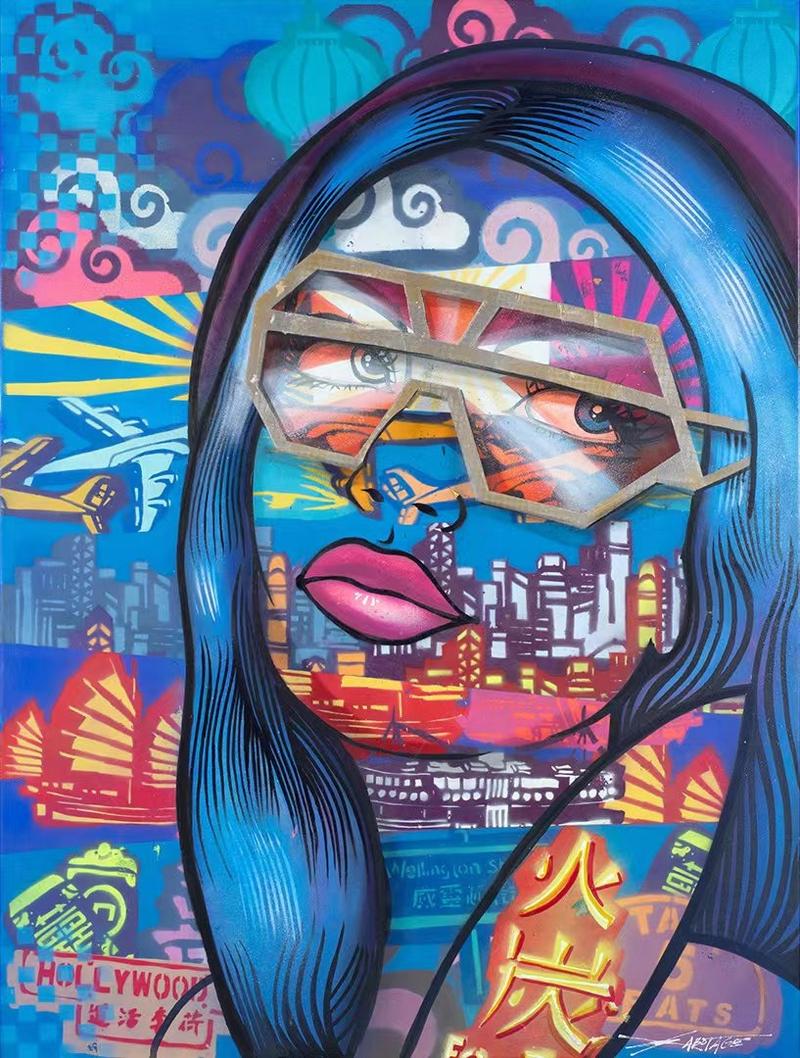 In its latest exhibition “JIMMY RICE GLITCHY”, for instance, it highlighted contemporary works by established local young artist Jimmy Rice who conceives his paintings based on Peking Opera — the venerable Chinese artistic heritage — but reinterprets and delivers it from a contemporary prism, employing exuberant clashes of colors and freewheeling flourishes. His another collection of sculptures center on Terracotta Warriors — one of the World Cultural Heritages and the embodiment of the strong army power in Qin Dynasty.

There were also Lingnan-style brush paintings by both masters and young local successors in the same exhibition, paying a tribute to the esteemed art that had exerted tremendous influence on Chinese art in the 19th and 20th century.

“As a contemporary gallery, we take interest in art that is relevant to our times and connected to our cultural roots,” says Tang. Speaking of his representative Chinese artist Simon Ma, Tang says, “We are very impressed by his achievements and proud of the international footprint that his arts have left. SHOUT seeks to share with Hong Kong people that the creativity and artistic talents of Chinese art works are far-reaching and widely appreciated globally.” 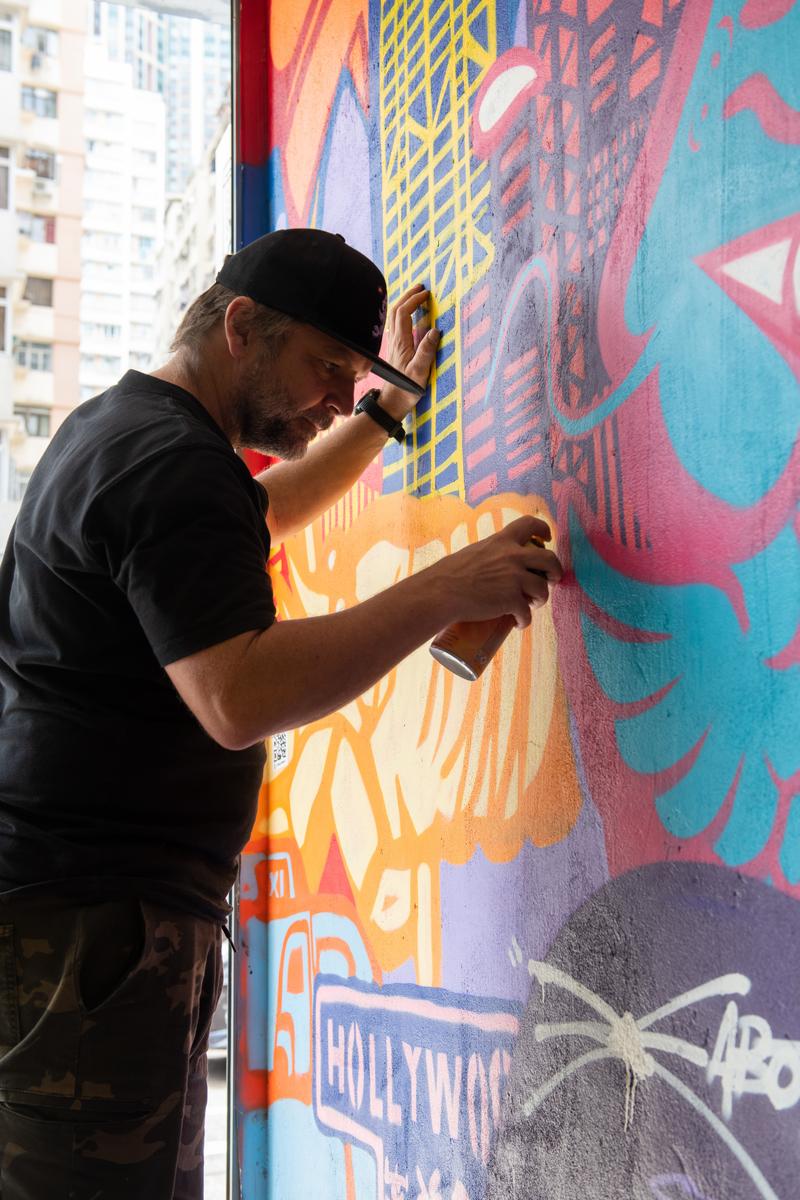 Szabotage is the first street artist minting NFTs to his artworks and selling with great success in Hong Kong. (PHOTO PROVIDED TO CHINA DAILY)

The kaleidoscope of cultures that oozes through everywhere in Hong Kong has caught the imagination of international artists, eliciting their impulse to explore their art expression in the city.

UK-born Szabotage used to be an architect and designer. Fascinated by the city’s multiculturalism and personality, he moved to Hong Kong with his family in 2013.

To Szabotage, Hong Kong has immediate triggers galore, of his curiosity and affection for the city: the hustle and bustle, the juxtaposition of new and old architecture, and people’s survival tactics of making use of spaces…

It’s the “sort of chaos”, as he puts it, or the flurry of activities that pervades in Central, where “everyone is trying to push their way through, whereas taxis and trolleys that collect cardboards (are maneuvering) here and there. Life is going on and everyone is doing justly their own bits, which is quite different from where I used to live.”

Prior to 2013, there was already sporadic presence of street art in the city, but there’re also gaps to fill, he says, which encouraged him to apply what he’d acquired in his past artistic forays to make a mark in the city.

“As an expat new to the city, I was refreshed and intrigued by all the distinctive characteristics of Hong Kong. Then I figured, I can tap into all these exciting elements and my style could pick on different varieties of things that were out there. That fuels me as an artist.”

Artists are always in quest of possibilities and variety and gravitated to visual bombardment, and Hong Kong is just doling out like confetti. That lets artists’ inspiration flow.

A bunch of Szabotage’s works are inspired by and a testament to the city’s melting pot culture, featuring mixed cultural references ubiquitous in the city, such as the mini bus, fire dragon dance, Bauhinia, skyline of Victoria Harbour, siu mai, Mister Softee … But they are interspersed with symbolic tokens belonging to other cultures. The city’s multiculturalism allows Szabotage a lot of wiggle room to harness his stencil language. “What I’m doing essentially is reporting my experience into the city. I’m reporting it (what I encounter) in this visual language, layering up different types of cultural subject matters I see in the city,” says Szabotage, so that every viewer could find an association in his paintings. In nutshell, his street art-esque paintings are both “observational” and “conversational”.

Art is a give-and-take affair that involves input and output from the creator and the audience. How invigorating the art and cultural vibe is in a city is not decided by the artists alone, but contributed equally by the reception from the beholders.”

Creating art is mostly a solitary practice, where artists play with and execute their ideas in their own studios, especially during the COVID-19, says Szabotage. But before the pandemic, he would paint live on the streets, which usually stopped passers-by in their track. “It’s very encouraging and motivating to see people showing keen intrigue and willing to engage,” says Szabotage. “The range of people is incredible. It might be a 4-year-old who was just pushing his mother and said, ‘Look, Mommy!’, to avid art lovers, to the elder that’s just looking to pass time.”

Having said that, art practitioners expect more in-depth and knowledge-driven conversation between artists and collectors or art consumers in general. The highly “speculative art market” dictates that people collect and buy art “with their ears, not eyes,” argues De Sarthe. He is yearning to hear dialogue less commercial but more substantial.