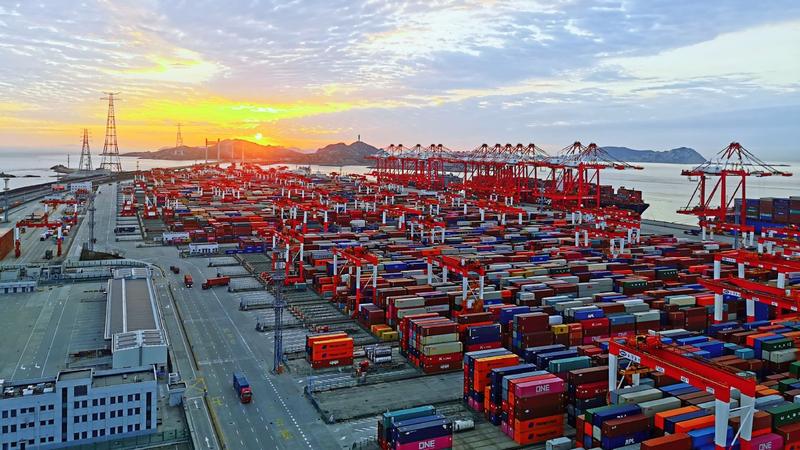 Thanks to China’s path of peaceful approach and emphasis on people-centered and common development, its rise is likely to be the greatest game changer of the 21st century.

Due to the nation’s historic development, the visionary Chinese leadership has gained much popularity. President Xi Jinping’s vision of a community of shared future for mankind projects the idea of a promising planet without zero-sum games but with common prosperity.

While international relations grow more volatile, the world needs dynamic leaders with visions of a shared future against common challenges. China’s vision for the world, and especially for the Asia-Pacific, has been gaining much appreciation around the world. More people have realized that the concepts of safeguarding true multilateralism, regional peace and stability, and building a community with a shared future are worth putting into practice.

With the onset of the COVID-19 pandemic and extreme weather events due to climate change, the world has been facing challenges that jeopardize the socioeconomic fabric of societies. These global perils need global solutions with a shared, forward-looking spirit.

The Asia-Pacific region accounts for the largest group of economies in the world and is a major engine for economic growth. China’s vision for the region has paved the way for constructing grand new narratives in international relations.

Common development is a journey with no end — only a beginning. The foundation of this pervasive alignment is based on mutual respect, fairness, equality, justice and a win-win cooperative framework. China’s new proposals — the Global Security Initiative and the Global Development Initiative — along with the greening of the Belt and Road Initiative will prove instrumental at a time when some countries are distancing themselves due to conventional rivalries or barriers.

As the saying goes, “We should focus our minds on the future, not the past.” Asia-Pacific countries must formulate and follow a holistic approach to enhancing communication and joint collaboration in the face of climate change and geopolitically divisive provocations.

Thanks to the grand narrative proposed by China, building a community with a shared future for mankind is becoming a potential discourse for study for the sake of humanity.

The broad vision for the Asia-Pacific region is aligned with the same characteristics associated with the notion of dialogue among civilizations. Undoubtedly, the world has been experiencing profound changes in growth. Countries are now turning to reform to tackle challenges and promote development. Structural reform is being released, and its positive growth in many Asia-Pacific countries has become more evident.

Furthermore, a new era of industrial revolution is gaining momentum. Digital economies are growing more rapidly. New industries vis-a-vis new business models are emerging constantly. In this aspect, a vision of innovative, coordinated, green and open development for all is endowed with growing significance.

China has been facilitating such projects and policies in various states for common growth. More comprehensive, higher-quality and sustainable development should be the shared goal of the international community.

Over the past few decades, economic globalization has contributed greatly to global growth. Indeed, it has become an irreversible, historical trend. But it has also brought about the need for adjustments in terms of both form and substance.

As a concept, it needs to be more open and tolerant. In its orientation, it needs to be more inclusive and better balanced, and its results need to be fairer, more just, and of broader benefit. Such progress can be achieved under China’s initiatives and with its governance model as an example to follow, not only among emerging economies but developed economies as well.

In a new era of global economic governance, upholding multilateralism, pursuing shared growth through consultation and collaboration, forging close partnerships and building a community with a shared future is to become an inevitable trend, as it fits the needs of all people. The Asia-Pacific economies know this too well and thus are exploring more ways to promote inclusive development and enhance people-to-people contacts.

Fostering development in the Asia-Pacific requires concrete actions by all states in the region. As the world’s largest developing nation, China is fully aware of the responsibilities it shoulders. Over the years, China has taken steps to adapt to, manage and steer the new normal in the economy and steadily advance supply-side structural reform.

As a result, China’s economy has continued to perform steadily with higher-quality, efficient, more equitable and sustainable growth. This robust governance system has become a role model for Asia-Pacific states to follow.

China has been working, through comprehensive reforms, to remove institutional barriers that impede development. It has been clear that its vision for the Asia-Pacific is based on mutual growth and cooperation. This vision will bring nations closer to each other and curtail common challenges and make China’s rise beneficial to the world.

The author is executive director of the Pakistan Research Center for a Community with Shared Future in Islamabad.