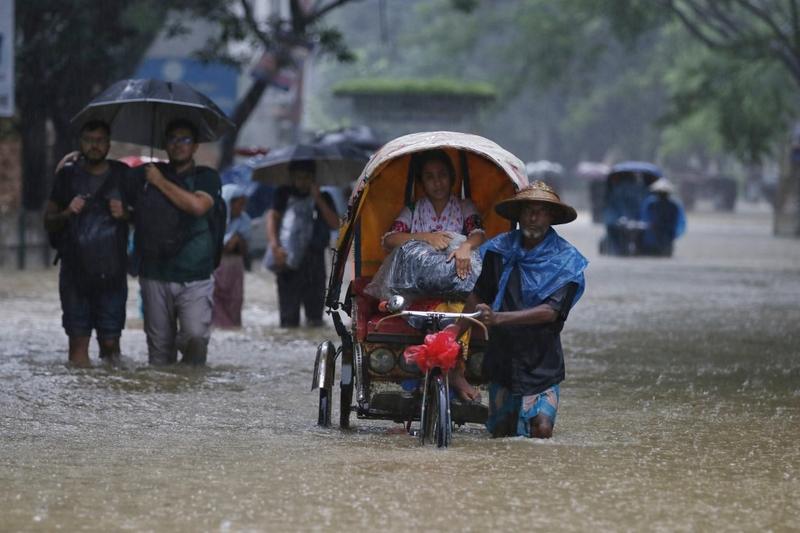 People wade along a road in a flooded area during a monsoon rainfall in Sylhet on June 18, 2022. Monsoon storms in Bangladesh and India have killed at least 59 people and unleashed devastating floods that left millions of others stranded, officials said on June 18. (MD ABU SUFIAN JEWEL / AFP)

Lightning strikes have killed at least 15 people in eight districts in Bangladesh since Friday, and four people were killed in landslides, police officials said.

Lightning strikes have killed at least 15 people in eight districts in Bangladesh since Friday, and four people were killed in landslides, police officials said

The flooding in Bangladesh, described by a government expert as potentially the country's worst since 2004, was exacerbated by the runoff from heavy rain across Indian mountains. Rain continued on Saturday, with more forecast over the next two days.

"Much of the country's northeast is underwater and the situation is getting worse as heavy downpour continues," said Mohammad Mosharraf Hossain, chief administrator of Bangladesh's Sylhet region.

Seasonal monsoon rains, a lifeline for farmers across South Asia, also typically cause loss of life and property every year.

The worst-hit Sunamganj district in Bangladesh is almost disconnected from the rest of the country, Hossain told Reuters, adding that authorities helped by the army were focused on rescuing those trapped and distributing relief. 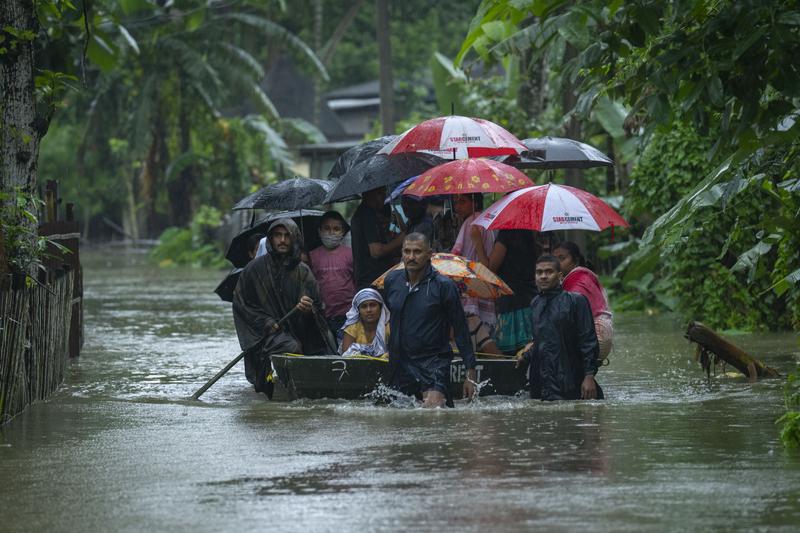 "There is shortage of boats, which makes it harder to move people to safer places," he said. "Today the navy is joining us in rescue efforts."

Many of Bangladesh's rivers have risen to dangerous levels, said Arifuzzaman Bhuiyan, head of the state-run Flood Forecasting and Warning Centre.

Syed Rafiqul Haque, a former lawmaker and ruling party politician in Sunamganj district, said a humanitarian crisis could emerge if the floods did not recede and proper rescue operations were not conducted.

"The situation is alarming," he told Reuters. "There is no electricity, no road connection, no mobile network. People are in desperately in need of immediate shelter and food."

In neighboring India's northeastern state of Assam, armed forces were called in for rescue efforts after landslides killed at least nine people and displaced nearly 2 million from their homes in the last 10 days, officials said.