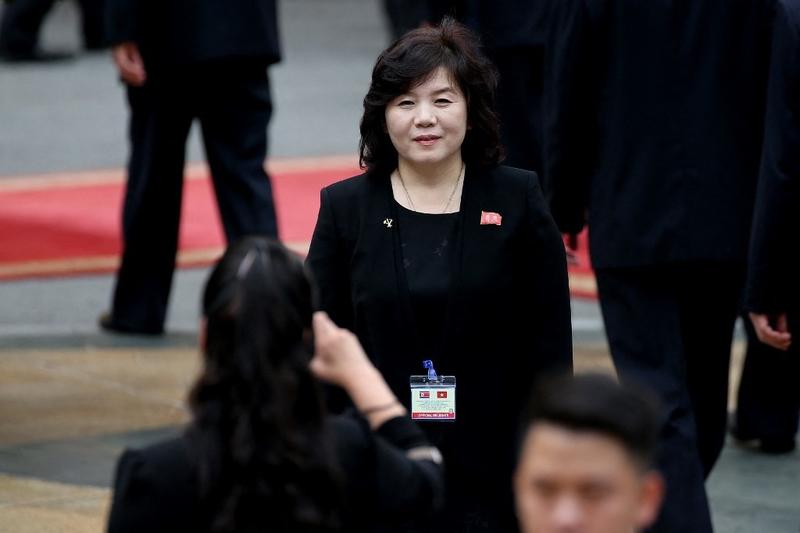 Choe Son-hui, then vice-foreign minister of the Democratic People's Republic of Korea, poses for a photo ahead the welcome ceremony of the DPRK leader Kim Jong-un (not pictured) at the Presidential Palace in Hanoi, Vietnam on March 1, 2019. (LUONG THAI LINH / POOL / AFP)

Kim presented goals to boost the country's military power and defense research to protect the DPRK's sovereign rights, state news agency KCNA reported, but it did not give details.

"The right to self-defense is an issue of defending sovereignty, clarifying once again the Party's invariable fighting principle of power for power and head-on contest," Kim was quoted as saying by the KCNA.

The Plenary Meeting of the Central Committee of the Workers' Party of Korea was convened on Wednesday through Friday, KCNA said.