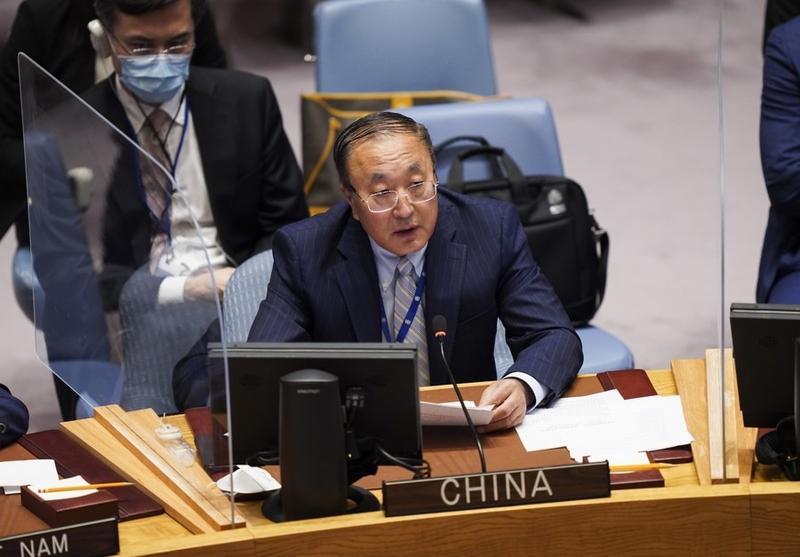 UNITED NATIONS – The UN Security Council on Thursday failed to adopt a resolution aimed to impose new sanctions on the Democratic People's Republic of Korea (DPRK).

The draft, which won the approval of 13 members of the Security Council, was vetoed by China and Russia.

While explaining China's vote, Zhang Jun, China's permanent representative to the United Nations, said, "It is the consistent belief of China that the Security Council resolutions on the DPRK are an integral whole and should be implemented in a comprehensive, complete, and accurate manner.

“The countries concerned should not place one-sided emphasis on the implementation of sanctions alone, but should also work to promote a political solution and ease sanctions where appropriate."

We call on the Security Council to play an active role in providing humanitarian and anti-epidemic assistance to the DPRK, rather than creating obstacles.

In the current situation, additional sanctions against the DPRK will not help resolve the problem, but only lead to more negative effects and escalation of confrontation, said Zhang.

Additional sanctions will also have a greater humanitarian impact, especially against the backdrop of emerging COVID-19 in the country, he added.

China attaches great importance to the unity and cooperation of the Council. Under the current circumstances, the Council should consider what is really impeding peace and stability on the peninsula, and should be concerned about the real livelihood difficulties facing the DPRK people, so as to inject impetus to resolving the Korean Peninsula issue, he said.

“We call on the Security Council to play an active role in providing humanitarian and anti-epidemic assistance to the DPRK, rather than creating obstacles," he said.

“Regrettably, China's reasonable proposal was rejected. Under these circumstances, we had no choice but to vote against the draft resolution," he noted.

Noting that the situation on the peninsula is at a dangerous juncture, Zhang said China once again calls on all parties to exercise calm and restraint, and calls on the US side to seriously reflect on its policy towards the DPRK, adhere to the general direction of political settlement, take meaningful actions to respond to the legitimate and reasonable concerns of the DPRK, and create conditions for the de-escalation of the situation and the resumption of dialogue and negotiations.

China will continue to play a constructive role in maintaining peace and stability on the peninsula and realizing its denuclearization, he added.

Passing a UN draft resolution needs at least nine votes in favor and no opposition by either Russia, China, France, Britain or the US.