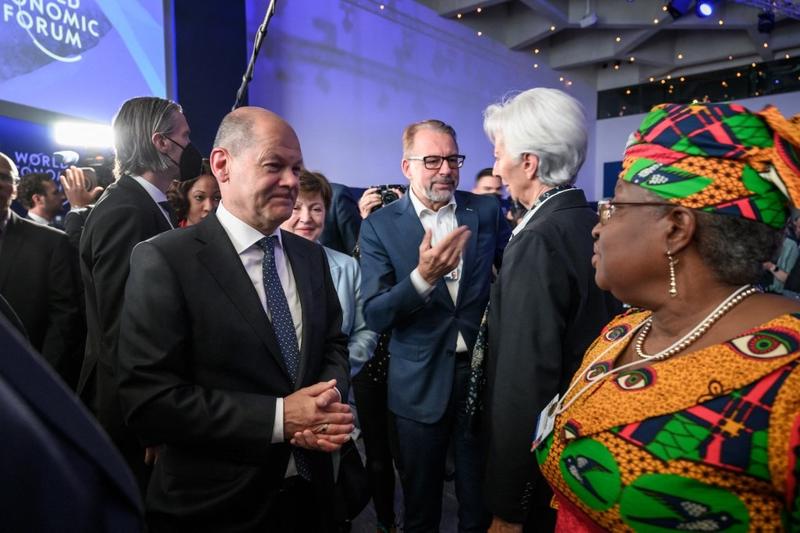 DAVOS, Switzerland - World leaders, financiers and chief executives said they were leaving this week's World Economic Forum with an urgent sense of the need to reboot and redefine 'globalization'.

The framework of open markets that has shaped the last three decades of commerce and geopolitics looks increasingly wobbly as trade spats fan economic nationalism, a pandemic exposes the fragility of global supply networks and a conflict in Europe could reshape the geopolitical landscape.

The framework of open markets that has shaped the last three decades of commerce and geopolitics looks increasingly wobbly as trade spats fan economic nationalism, a pandemic exposes the fragility of global supply networks and a conflict in Europe could reshape the geopolitical landscape

Worry over signs of this breaking down were palpable at this week's reboot of the WEF, an annual gathering of the world's well-heeled, most of whom have championed globalization.

Georgieva said she fears the risk of a world recession less than "the risk that we are going to walk into a world with more fragmentation, with trade blocs and currency blocs, separating what was up to now still an integrated world economy."

"The trend of fragmentation is strong," she added.

Corporate executives in Davos were among the loudest in decrying signs of a world reverting to blocs defined by political alliance rather than by economic cooperation.

"We cannot let globalization reverse," said Jim Hagemann Snabe, chairman of German industrial powerhouse Siemens AG. "I will not leave Davos with that thought. I will leave with the thought that we will need more collaboration."

Volkswagen CEO Herbert Diess said he was concerned by the discussions of new bloc building as the German carmaker ramps up production in the United States.

"Europe and Germany depend on open markets. We would always try to keep the world open," he said at briefing on the sidelines of summit.

Officials clutched at new euphemisms for describing a new style of globalization, with "multilateralism" a favourite among buzzwords including "reshoring", "friendshoring", "self-sufficiency" and "resilience".

"Multilateralism works!" said German Chancellor Olaf Scholz: "It also a prerequisite for stopping the deglobalization that we are experiencing."

Not all are unhappy with how globalization has frayed since the last time officials and executives gathered in January 2020, just before the coronavirus pandemic took off.

"Brazil's out of sync with the rest of the world," Brazil Economy Minister Paulo Guedes said. "We stayed out of the party. There was a 30-year party of globalization. Everyone took advantage. Everyone integrated the value chain. We were cursed because we were out of this thing. Now, we're blessed." 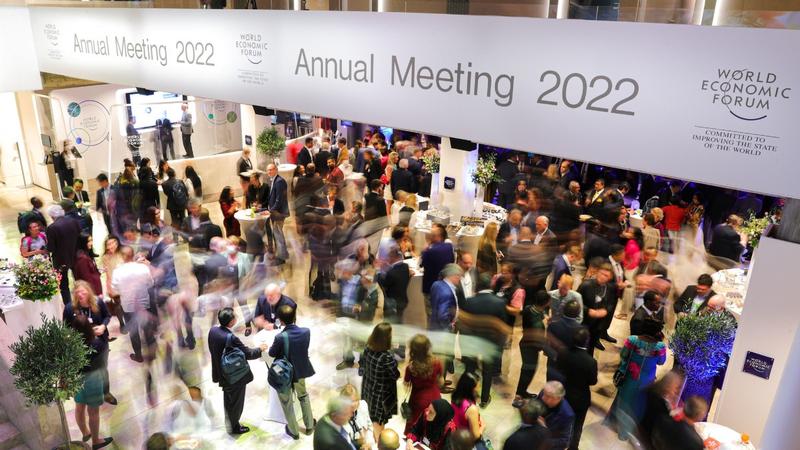 Participants attend the welcome reception in the Congress Center for the World Economic Forum (WEF) 2022 Annual Meeting in Davos, Switzerland, May 22, 2022. (PHOTO / XINHUA)

Global trade accelerated from the 1990s onward as governments struck regional pacts that lowered tariffs and then as China emerged as the dominant low-cost goods producer.

Together they enabled wide-spread adoption of just-in-time supply networks that helped speed the delivery of goods and hold down costs, contributing to the low-inflation environment that prevailed in the years before the pandemic.

Even before COVID-19 upended those supply networks, the system had come under fire from economic nationalist policies like those championed under former US president Donald Trump. The conflict in Ukraine has only fanned talk of a breakdown.

ALSO READ: Davos booster for $18b fund to fight AIDS, tuberculosis and malaria

Yet for all the chatter about "deglobalization", there is little evidence so far of countries distancing themselves from one another through trade, with the notable exception of Russia after a host of sanctions and trade restrictions.

A global index of world trade volumes from the CPB Netherlands Bureau for Economic Policy Analysis declined by 0.2 percent in March but is off by only 1 percent from its record high in December. It remains 2.5 percent higher than a year earlier and 11 percent above its pre-pandemic level.

Still, it could emerge in the near future as companies shift some production closer to target markets to guard against single-source dependency in their supply chain.

VW's Diess said that the shift to self-sufficiency because of global supply chain disruptions should be tempered by concern for keeping markets open - even for his own company.

"This way now of nations or big blocs becoming too self-sufficient there really is a big risk of an ever closing world. And less competitiveness. So we are really looking and hoping for open markets, which are just much better for the world."

Global supply chain dependencies may be seen as problem now, but they also "help people talk to each other," he said.