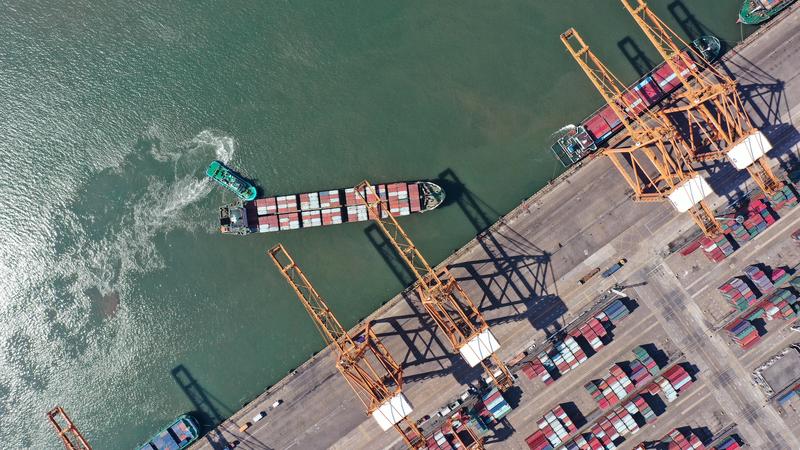 BEIJING - Despite COVID-19 outbreaks and growing uncertainties, China sees unstoppable momentum in its cooperation with the Association of Southeast Asian Nations (ASEAN), and is ready to further deepen its strategic partnership.

Since China and ASEAN forged dialogue relations in 1991, the two sides have remained committed to promoting regional prosperity with comprehensive cooperation and bringing tangible benefits to people in the region.

In 2002, China and ASEAN signed a framework agreement to start the construction of the China-ASEAN Free Trade Area (FTA), which came into effect in 2010.

Trade volume between the two sides jumped from less than $8 billion in 1991 to $684.6 billion dollars in 2020, an increase of more than 80 times. In 2020, ASEAN and China became each other's largest trading partners

Under this world's largest FTA, more than 90 percent of the goods between China and ASEAN countries can be traded at zero tariffs, and restrictive measures on services and investment have also been substantially lifted.

Trade volume between the two sides jumped from less than $8 billion in 1991 to $684.6 billion dollars in 2020, an increase of more than 80 times. In 2020, ASEAN and China became each other's largest trading partners.

After the Regional Comprehensive Economic Partnership (RCEP) agreement, a mega trade deal between 10 ASEAN member states plus China, Japan, the Republic of Korea, Australia and New Zealand, officially took effect at the beginning of this year, the rosy prospects for China and ASEAN are highlighted by their even-closer economic and trade exchanges.

Customs data showed that in the first quarter, China's imports and exports to ASEAN reached 1.35 trillion yuan ($202.2 billion), an increase of 8.4 percent year on year, accounting for 14.4 percent of China's total foreign trade.

During the period, trade between China and ASEAN accounted for 47.2 percent, or nearly half, of China's foreign trade with RCEP partners, according to the data.

Last November, celebrating the 30th anniversary of the ASEAN-China dialogue relations, the two sides jointly announced the establishment of a China-ASEAN comprehensive strategic partnership, a new milestone in their relations.

Higher level and beyond

"The economic relations between ASEAN and China have never been stronger and closer than today," ASEAN Secretary-General Lim Jock Hoi said at a summit held last week.

"In response to the fast-changing global economic landscape in the post-pandemic era, ASEAN and China are moving towards a new forward-looking partnership," he said, adding that "the scope of this partnership is wide-ranging and includes many emerging priorities such as resilient supply chains, digital economy, and sustainability."

China is actively building the Version 3.0 China-ASEAN FTA with ASEAN members, according to Commerce Minister Wang Wentao at the 28th trade ministers' meeting of the Asia-Pacific Economic Cooperation.

The country stands ready to advance pragmatic cooperation with all parties to boost regional economic integration, promote economic recovery in the region, and maintain regional peace and stable development, said a spokesperson for the ministry.

"China remains open to any regional economic initiative that conforms to the aforementioned principles," he said.

Underscoring efforts to cement ASEAN centrality in the regional architecture, China has made the call to "contribute to an Asian family of unity and progress together."

ASEAN countries are also pledging to enhance cooperation to implement the China-proposed Global Development Initiative in a bid to accelerate the UN 2030 Agenda for Sustainable Development.

A recent report has forecast growth among the member states of the Association of Southeast Asian Nations, China, Japan and the Republic of Korea (ASEAN+3) at 4.7 percent this year and 4.6 percent in 2023, with growth for ASEAN at 5.1 and 5.2 percent, respectively.

The regions can look forward to a fuller opening-up and a strong economic recovery, according to the ASEAN+3 Regional Economic Outlook 2022.