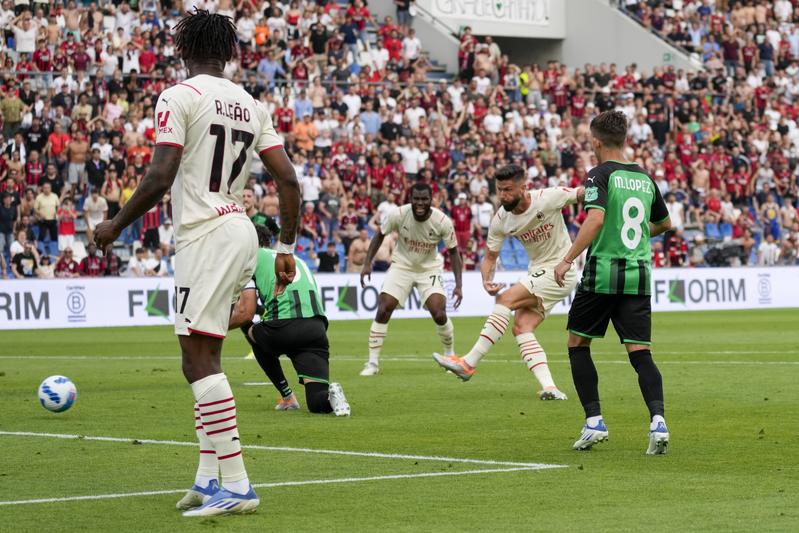 ROME - AC Milan finally added the 19th Serie A into their trophy cabinet on Monday, after beating Sassuolo 3-0 in the last round of the 2021-22 Serie A season, and rendering Inter Milan's thrashing of Sampdoria irrelevant.

AC Milan had not won the Italian league since 2011, and the club's last major title was the Supercoppa in 2016.

The two Milanese clubs had secured a one-two finish on the table before Sunday's games, as AC Milan had a two-point advantage and a superior head-to-head record over their city rivals, meaning one point would be enough for the Rossoneri to end their championship drought.

Milan went into the Mapei Stadium with a relatively full squad. Mike Maignan got the nod in goal, with Davide Calabria, Fikayo Tomori, Pierre Kalulu and Theo Hernandez ahead of him in defense

Milan went into the Mapei Stadium with a relatively full squad. Mike Maignan got the nod in goal, with Davide Calabria, Fikayo Tomori, Pierre Kalulu and Theo Hernandez ahead of him in defense. Franck Kessie and Sandro Tonali stood in the middle of the park, Olivier Giroud led the forward line flanked by Rafael Leao and Alexis Saelemaekers, with Rade Krunic roaming behind the hitman, while Zlatan Ibrahimovic started the game from the bench.

Boosted by a homelike atmosphere, AC Milan pressed high from the start, trying to use their aggression and tempo to control the game. Giroud's header in the opening minutes was parried away, while Tomori's rebound was cleared off the line.

The Diavolo's efforts paid off in the 16th minute when Leao rode tackles to square for Giroud to send the pass past several defenders and into the net.

The away side doubled the lead 15 minutes later in almost the same style, when Leao won back possession and pulled back for Giroud to turn in from close range. 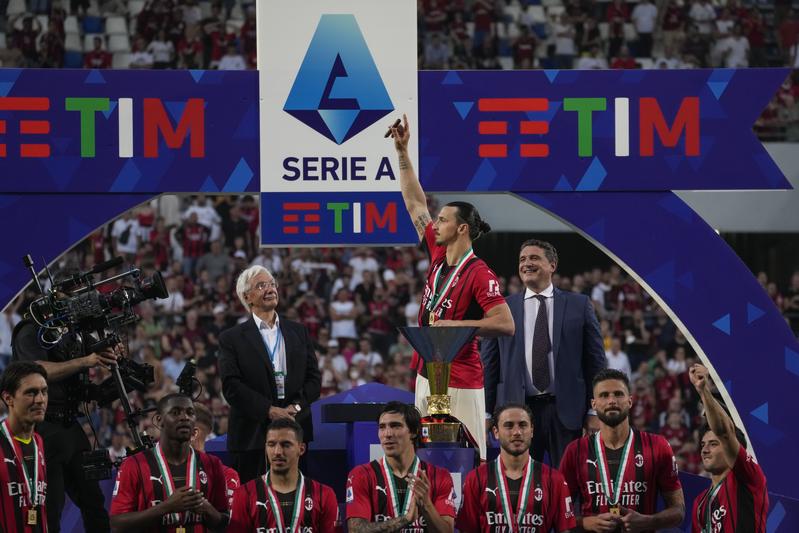 AC Milan's Zlatan Ibrahimovic (top, center) celebrates with his teammates after winning the Italian Serie A title at the end of a match against Sassuolo, at the Citta del Tricolore stadium, in Reggio Emilia, Italy, May 22, 2022. (ANTONIO CALANNI / AP)

AC Milan ran riot to seal the win before the interval, when Leao provided another assist for Kessie to drill home with sheer power.

Ibrahimovic came off the bench in the 73rd minute and scored immediately, but his goal was chalked off for offside.

After the whistle, the stadium burst into cheers and the fans poured into the pitch to celebrate with the players.

READ MORE: AC Milan on brink of Serie A title 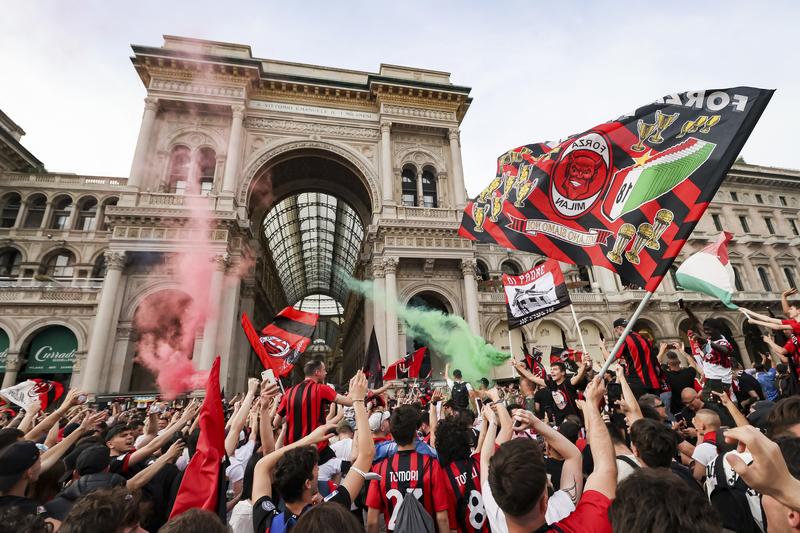 AC Milan fans gather in Piazza Duomo square during a Serie A soccer match between Sassuolo and AC Milan, being played in Reggio Emilia, in Milan, Italy, May 22, 2022. (ALESSANDRO BREMEC / LAPRESSE VIA AP)

Despite finishing second, Inter Milan at least claimed a comfortable home win. Sampdoria held the Nerazzurri to a goalless first half, but after the break, they fell to pieces within 10 minutes, as Inter staged a show to complete the season with a 3-0 victory thanks to Ivan Perisic's opener and Joaquin Correa's brace.

Elsewhere, Salernitana survived a relegation scare as they remained in the top flight despite a 4-0 defeat to Udinese, while Cagliari became the last relegated team after playing out a 0-0 draw with already-doomed Venezia in a must-win game.