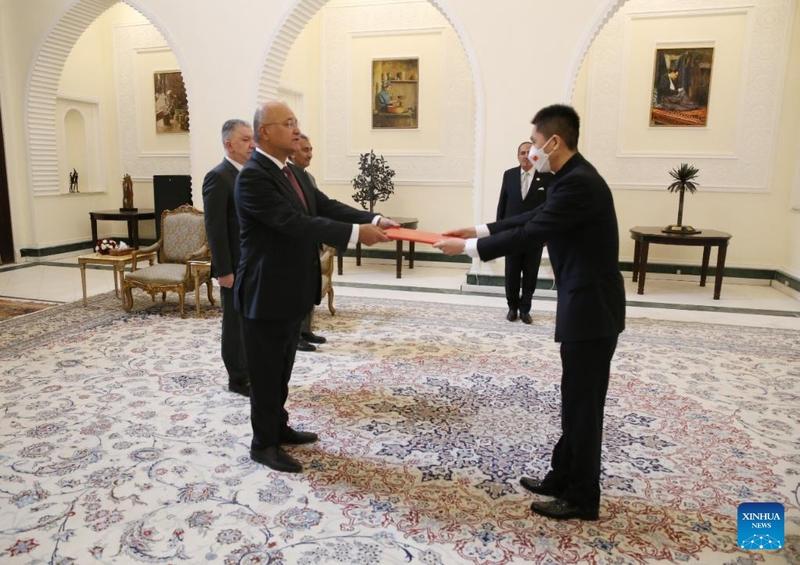 BAGHDAD - Iraq will further enhance its friendly exchanges and cooperation with China in various fields for the benefit of the two nations, Iraqi President Barham Salih said on Tuesday.

Salih made the remarks during a meeting with Cui Wei, China's new ambassador to Iraq, who presented his credentials to the Iraqi president, according to a statement issued by the Chinese embassy in Baghdad.

Iraqi President Barham Salih lauded the long-standing historical communications between Iraq and China, both with ancient civilizations, while vowing to boost the Iraq-China friendly ties

Salih lauded the long-standing historical communications between Iraq and China, both with ancient civilizations, while vowing to boost the Iraq-China friendly ties, intensify people-to-people and cultural exchanges, and deepen cooperation in jointly building the Belt and Road, so as to better benefit the two countries and peoples.

For his part, Cui mentioned the remarkable achievements gained in the joint construction of the Belt and Road by the two countries in recent years, as well as the steady progress made in developing the China-Iraq strategic partnership.

The two heads of state reached in August last year an important consensus on deepening the China-Iraq friendly cooperation and promoting the strategic partnership for greater development, charting the way forward for boosting the bilateral relations, the Chinese envoy said.

Cui stressed his readiness, as the new Chinese ambassador to Iraq, to make every effort to work with Iraq to implement the important consensus reached by the two heads of state and continue to lift the China-Iraq strategic partnership to a higher level.