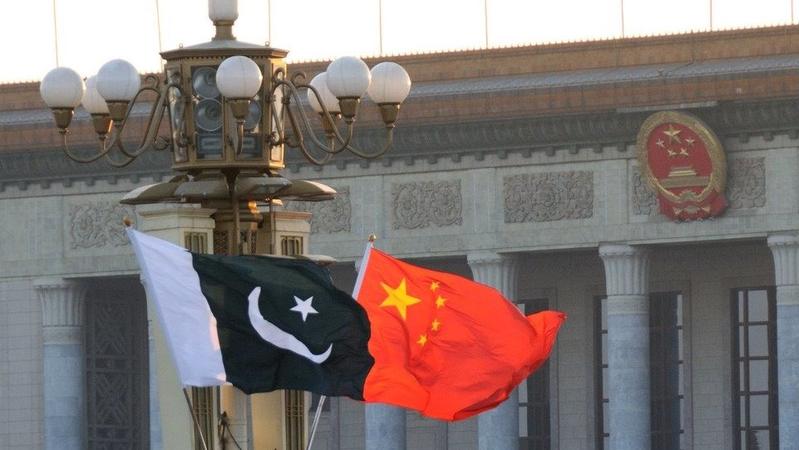 In the phone call, Li said China and Pakistan are friendly neighbors and iron-clad friends, noting that President Xi Jinping paid a successful visit to Pakistan in 2015, which advanced the level of bilateral strategic cooperation.

In the phone call, Li said China and Pakistan are friendly neighbors and iron-clad friends, noting that President Xi Jinping paid a successful visit to Pakistan in 2015, which advanced the level of bilateral strategic cooperation

China always regards its ties with Pakistan as a priority in its diplomacy with neighboring countries, and will, as always, firmly support Pakistan in defending national sovereignty and security, and will support the country in developing its economy, improving people's livelihood and maintaining financial stability, Li said.

China stands ready to work with Pakistan to strengthen strategic communication, promote cooperation on such major projects as the China-Pakistan Economic Corridor, and strengthen bilateral personnel exchanges on the condition of effective epidemic prevention and control, he added.

Li pointed out that the Chinese side is shocked and outraged by the recent attack on Chinese nationals in Karachi, and strongly condemns this terrorist attack.

The Chinese premier hoped that Pakistan will bring the perpetrators to justice as soon as possible, make every effort to handle follow-up matters, comfort the bereaved families and the injured, and comprehensively strengthen security measures for Chinese institutions and citizens in Pakistan to ensure that similar tragedies will not happen again.

For his part, Sharif once again expressed deep condolences over the death of Chinese nationals in the Karachi terrorist attack and sincere sympathy to the injured.

ALSO READ: China to work with Pakistan to hunt down terrorists

Pakistan strongly condemns terrorism, cherishes the lives and safety of Chinese nationals in the country, and regards Chinese victims and those wounded as its own compatriots without distinction, Sharif stressed, adding that the country will do its utmost to find out the truth, arrest and punish the perpetrators in accordance with the law.

The Pakistani side will strengthen security measures for all Chinese institutions and nationals in Pakistan to prevent similar incidents from happening again, he said.

Sharif said the friendship between Pakistan and China has been deeply rooted and bilateral cooperation has reached an unprecedented level.

Pakistan is ready to work with China to speed up the construction of the China-Pakistan Economic Corridor, deepen cooperation on key projects and special economic zones and increase personnel exchanges to bring more benefits to the two peoples, he added.