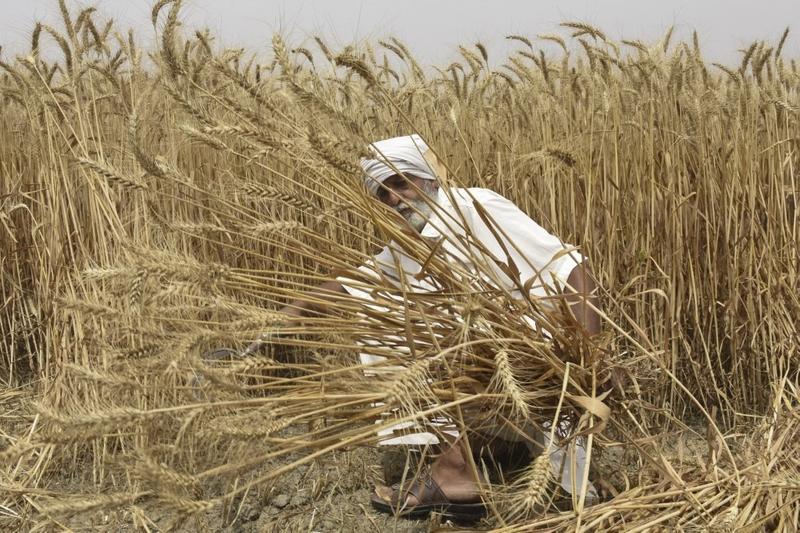 A farmer harvests wheat crop in a field on the outskirts of Amritsar, India, April 12, 2022. (NARINDER NANU / AFP)

MUMBAI - India banned wheat exports on Saturday days after saying it was targeting record shipments this year, as a scorching heatwave curtailed output and domestic prices hit a record high.

The government said it would still allow exports backed by already issued letters of credit and to countries that request supplies "to meet their food security needs".

The move to ban overseas shipments was not in perpetuity and could be revised, senior government officials told a press conference.

Global buyers were banking on supplies from the world's second-biggest wheat producer after exports from the Black Sea region plunged following Russia's Feb 24 special military operation in Ukraine. Before the ban, India had aimed to ship a record 10 million tons this year.

The officials added that there was no dramatic fall in wheat output this year, but unregulated exports had led to a rise in local prices.

Although not one of the world's top wheat exporters, India's ban could drive global prices to new peaks given already tight supply, hitting poor consumers in Asia and Africa particularly hard.

"The ban is shocking," a Mumbai-based dealer with a global trading firm said. "We were expecting curbs on exports after two to three months, but it seems like the inflation numbers changed the government's mind." 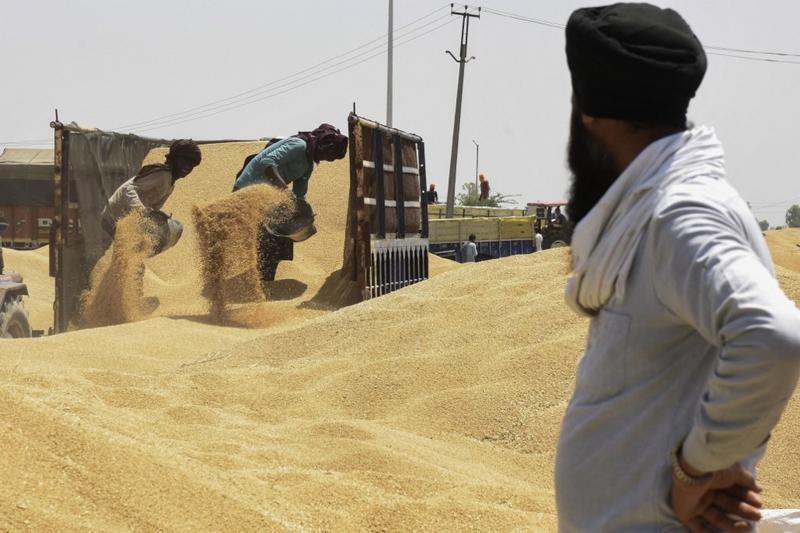 Laborers unload wheat grain from a trailer at a wholesale grain market on the outskirts of Amritsar, India, April 16, 2022. (NARINDER NANU / AFP)

Wheat prices in India have risen to record highs, in some spot markets hitting 25,000 rupees ($320) per ton, well above the government's minimum support price of 20,150 rupees.

Although not one of the world's top wheat exporters, India's ban could drive global prices to new peaks given already tight supply, hitting poor consumers in Asia and Africa particularly hard

“It was not wheat alone. The rise in overall prices raised concerns about inflation and that’s why the government had to ban wheat exports,” said another senior government official who asked not to be named as discussions about export curbs were private. “For us, it’s abundance of caution.”

India this week outlined its record export target for the fiscal year that started on April 1, saying it would send trade delegations to countries such as Morocco, Tunisia, Indonesia and the Philippines to explore ways to boost shipments.

In February, the government forecast production of 111.32 million tons, the sixth straight record crop, but it cut the forecast to 105 million tons in May.

A spike in temperatures in mid-March means the crop could instead be around 100 million tons or even lower, said a New Delhi-based dealer with a global trading firm.

"The government's procurement has fallen more than 50 percent. Spot markets are getting far lower supplies than last year. All these things are indicating lower crop," the dealer said.

READ MORE: AfDB: Wheat price up 60% in Africa due to Russia-Ukraine conflict

Cashing in on a rally in global wheat prices amid the Russia-Ukraine conflict, India exported a record 7 million tons of wheat in the fiscal year to March, up more than 250 percent from the previous year.

"The rise in wheat price was rather moderate, and Indian prices are still substantially lower than global prices," said Rajesh Paharia Jain, a New Delhi-based trader.

"Wheat prices in some parts of the country had jumped to the current level even last year, so the move to ban export is nothing but a knee-jerk reaction."

Despite a drop in production and government purchases by the state-run Food Corporation of India, India could have shipped at least 10 million tons of wheat this fiscal year, Jain said.

The FCI has so far bought a little over 19 million tons of wheat from domestic farmers, against last year’s total purchases of a record 43.34 million ton. It buys grain from local farmers to run a food welfare program for the poor.

Unlike previous years, farmers have preferred to sell wheat to private traders, who offered better prices than the government's fixed rate.

In April, India exported a record 1.4 million tons of wheat and deals were already signed to export around 1.5 million tons in May.

"The Indian ban will lift global wheat prices. Right now there is no big supplier in the market," another dealer said.