Poll: Over 80% of HK residents content with CE election 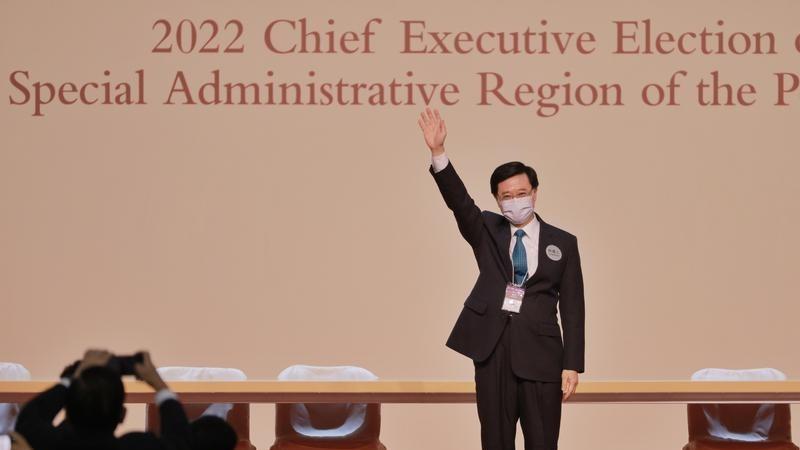 About 82 percent of Hong Kong residents found the just-concluded chief executive election, the first such poll held under the improved electoral system, satisfactory, a poll revealed on Thursday.

The survey, conducted by the Bauhinia Institute from May 8-11 through phone interviews, found that among the 1,072 residents polled, over 75 percent agreed with chief executive-elect John Lee Ka-chiu’s three policy priorities, which are creating results-oriented governance, buttressing Hong Kong’s overall competitiveness, and consolidating the foundation for Hong Kong’s development.

A survey conducted by the Bauhinia Institute found that 69.4 percent respondents are confident that the housing shortage will be effectively relieved in five years

The survey came after Lee won the sixth-term chief executive election with 1,416 votes, or over 99 percent of the Election Committee members who cast ballots in Sunday’s election.

The institute said the government administration should be people-centered, adding that Lee’s emphasis on housing issues during his campaign, which is a greatest concern of the public and the key to solving the multipronged issues faced by the city, raises the local residents’ hopes for a better life.

The survey found that 69.4 percent respondents are confident that the housing shortage will be effectively relieved in five years.

It also revealed that 73.9 percent of interviewees believe Lee can help the city begin a new chapter, from chaos to order and prosperity.

The institute said this year marks the 25th anniversary of Hong Kong’s return to the motherland, which is of great significance. The local think tank also expressed confidence for Lee to live up to the expectations of the public, with the support of the central government and the concerted efforts by the society, to heal social rifts and create a better Hong Kong that comes with hope, opportunity and vitality.