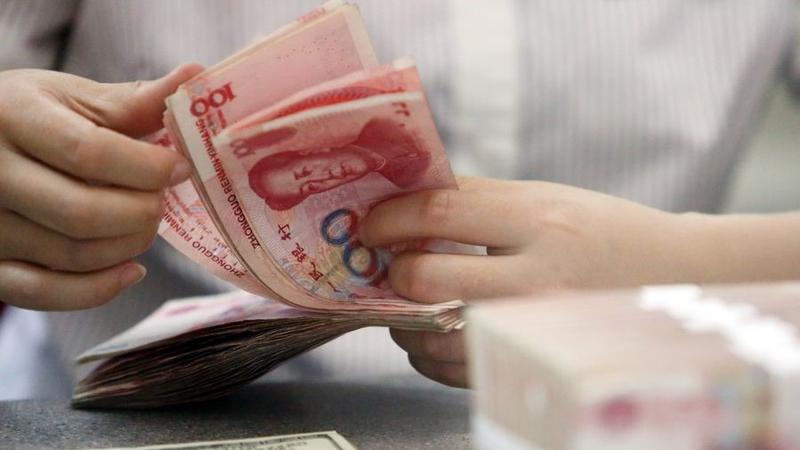 China is expected to deepen deposit rate reforms to lower corporate financing costs as part of the central bank's well-calibrated efforts to strike a balance between stabilizing economic growth and sheltering from the risk of capital outflows, economic experts said on Tuesday.

The People's Bank of China will employ the "significant role" of the adjustment mechanism and improve the market-based formation of interest rates to promote a reduction in corporate financing costs, said the first-quarter monetary policy report released on Monday

They gave the remarks after the People's Bank of China, the country's central bank, said it had guided banks to form a market-based adjustment mechanism of deposit rates last month, helping send the weighted average deposit rate in the last week of April to 2.37 percent, down 0.1 percentage point from a week earlier.

The central bank will employ the "significant role" of the adjustment mechanism and improve the market-based formation of interest rates to promote a reduction in corporate financing costs, said the first-quarter monetary policy report released on Monday.

The new mechanism marks part of the central bank's stepped-up support for the real economy, as the report pledged to give proactive responses to stabilize the economy, boost market confidence, and focus on assisting smaller businesses and those hampered by COVID-19.

Shao Yu, chief economist at Orient Securities, said the adjustment mechanism functions somewhat like a cut in deposit rates, which will help reduce the funding costs of banks, stabilize their profit margins in lending, and boost credit expansion in the real economy.

Under the mechanism, banks are encouraged to adjust their deposit rates based on interest rates in the bond and lending markets, the report said.

Thanks to the mechanism, loan prime rates－the benchmark lending rates calculated based on lending rates quoted by banks to their highest quality customers－could have greater room to decline going forward and would help alleviate the financing burden in the real economy, said Ying Xiwen, a senior researcher at China Minsheng Bank.

The experts said the launch of the new mechanism, instead of high-profile moves like policy interest rate cuts, reflected the worst-case scenario mindset of policymakers, which takes risks into full consideration and reacts accordingly.

The report said major developed economies have sped up monetary tightening with spillover effects such as greater volatility in global financial markets and cross-border capital flows. The central bank will pay close attention to monetary adjustments in developed economies, strengthen macroprudential management of cross-border capital flows and improve the management of market expectations, the report added.

The report said efforts will be made to assist in the supply of food and energy, ramp up structural monetary aids and support local governments in improving property market policies while refraining from taking the property market as a tool for short-term stimulus.