Phil Mickelson plays his shot from the 12th tee during the first round of the Charles Schwab Challenge golf tournament at the Colonial Country Club in Fort Worth, Texas, May 27, 2021. (RON JENKINS / AP)

Defending champion Phil Mickelson and Tiger Woods were both listed on the PGA Championship field list released on Monday but their appearance in Tulsa, Oklahoma, next week for the year's second major remains up in the air.

Mickelson announced in February that he was taking a break from golf after inflammatory comments he made about the Saudi-backed golf league surfaced while Woods has competed once, at last month's Masters, since his February 2021 car crash.

The two golfers appeared on the preliminary PGA Championship field list released two weeks ago and the fact that their names were on Monday's full field list does not imply that they have committed to being in Tulsa next week.

ALSO READ: Woods has close call, Mickelson and Morikawa rise to the occasion 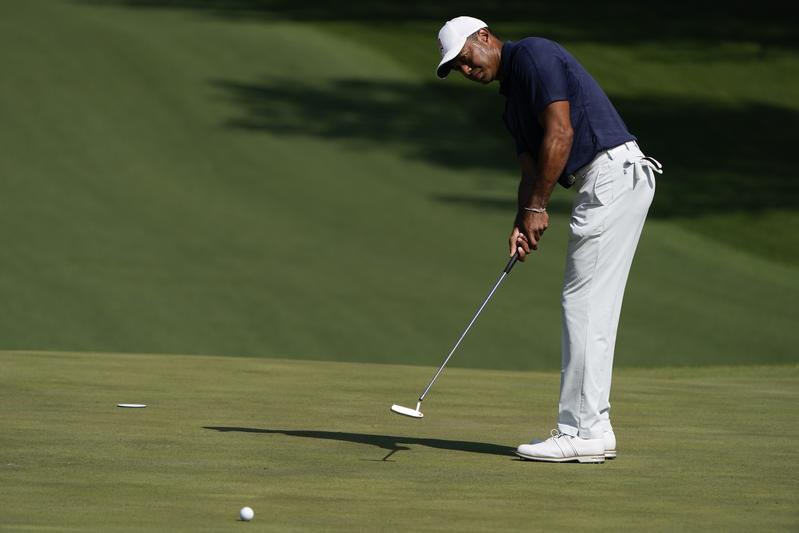 Tiger Woods putts on the fourth green during a practice round for the Masters golf tournament on April 4, 2022, in Augusta, Georgia. (JAE C. HONG / AP)

Woods, who nearly lost his right leg following a car accident last year, returned to action at last month's Masters where he opened with an encouraging one-under-par 71 but went on to finish 13 over for the week and in 47th place.

The 15-times major champion has already said he planned to play the British Open at St. Andrews in July. While he has not revealed his decision for the PGA Championship, he did play a practice round at Southern Hills last month.

The last time the PGA Championship was held at Southern Hills was in 2007, when Woods triumphed by two shots to win the event for the fourth time but the layout has since undergone a dramatic renovation.