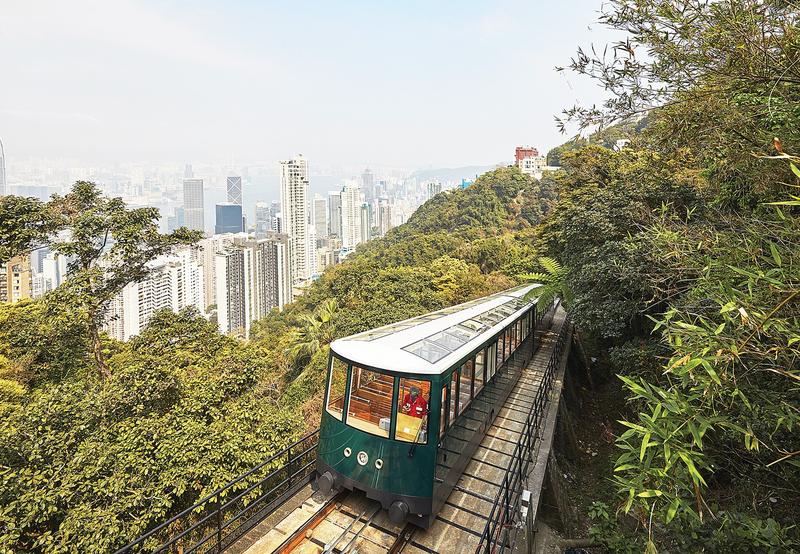 Seen on a test run in March, the sixth-generation car will herald a return to the signature green livery of the third and fourth generations (1948-89). (PHOTO PROVIDED TO CHINA DAILY)

A local icon going on 135 years, Hong Kong’s Peak Tram is set to reopen to the public this summer following a major upgrade.

Departing from Central’s Garden Road, the famous funicular railway climbs to 396 meters above sea level along a gradient that at times reaches a dizzying 27 degrees. En route to the tourist destination that is the highest point on Hong Kong Island — Mount Austin, aka Victoria Peak, or simply the Peak — the ride offers spectacular views of skyscrapers and the world-famous Victoria Harbour.

In a city with myriad transport options, the Peak Tram and Star Ferry occupy a special place. Passengers often take them not so much to get from Point A to Point B, but to savor the journey. In the case of the tram, that journey will soon be in a new and much-improved sixth-generation vehicle. 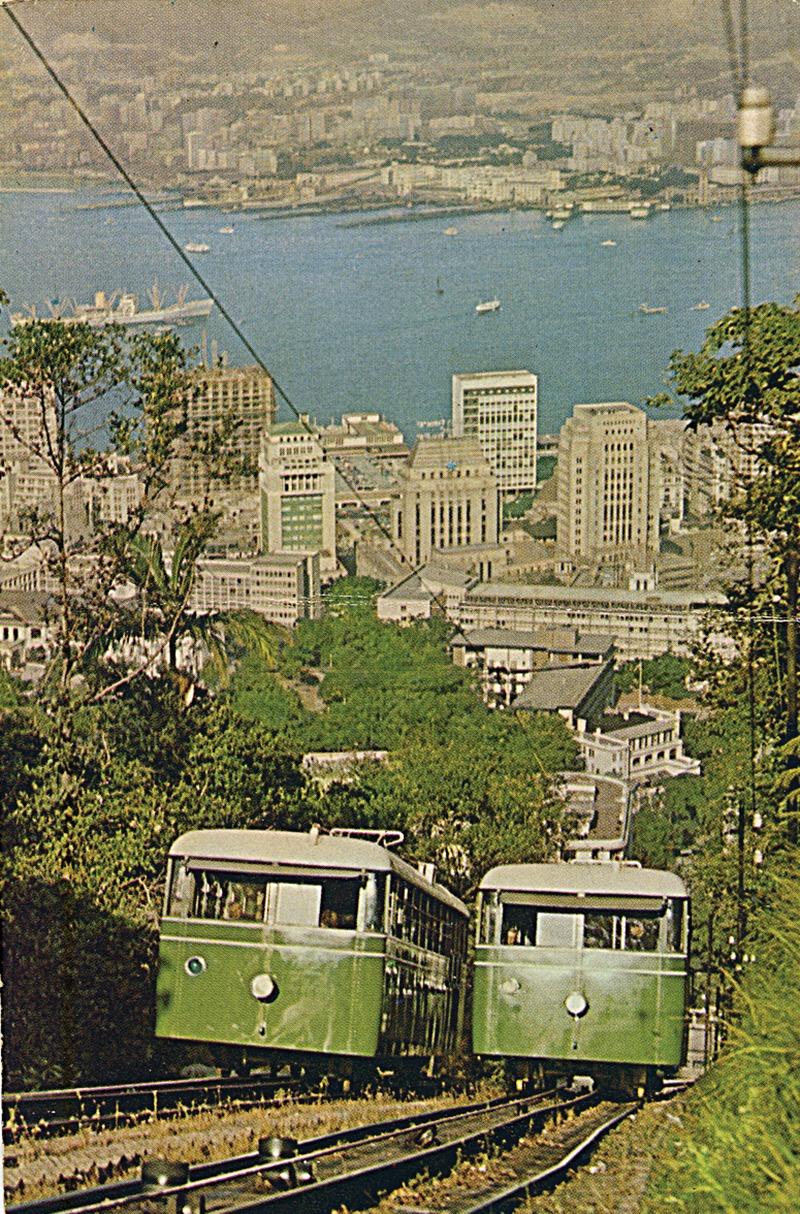 Drawing on HK$700 million ($89.2 million) in private funding, the revamp will increase the trams’ capacity by 75 percent, from 120 to 210 passengers; reduce waiting times by more than 70 percent; and see the launch of a refurbished lower terminus providing air-conditioned comfort for up to 1,300 waiting passengers.

The new tram will have wider doors, larger panoramic windows for enhanced views of the city’s iconic skyline, and step-free access for wheelchair users.

For Hong Kong residents whose memories go back to the 1980s or earlier, the change in the cars’ color may also provoke nostalgia. Following more than three decades of burgundy, the sixth generation will see a return to the signature Peak Tram Green used in the third and fourth generations (1948-59 and 1959-89 respectively). 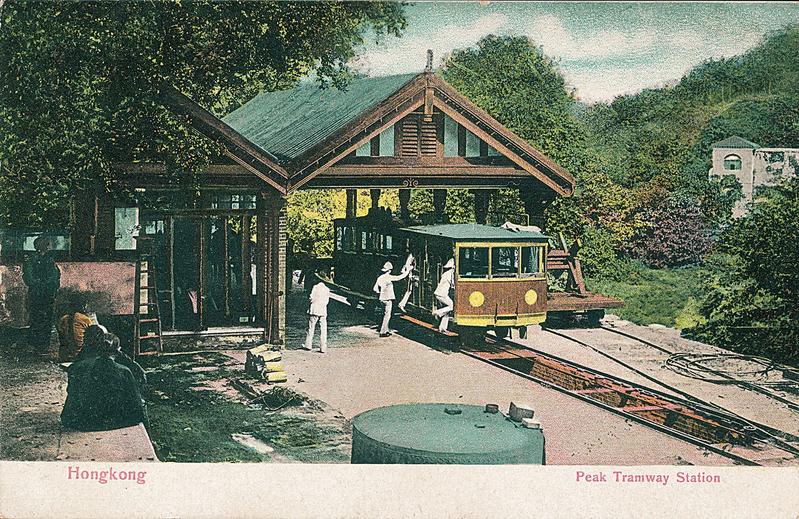 Labeled “Hongkong” (back when it was one word) and “Peak Tramway Station”, this colorized postcard shows a wooden tram of the first generation, which came into service in May 1888. (PHOTO PROVIDED TO CHINA DAILY)

The idea for the tram was proposed in 1881 by Alexander Findlay Smith, a Scottish resident and former employee of his country’s Highland Railway, who had come to Hong Kong in the 1860s. Smith’s proposal struck a chord and in the highly auspicious year of 1888, the Peak Tram began operations. Hong Kong’s first mode of public transport, it was also Asia’s first funicular railway.

Originally built to serve the affluent Europeans living on the Peak, the new tramway quickly became the locality’s prime attraction. The writers of the government’s 1957 Hong Kong Annual Report rightly described a ride to the Peak as “a never-failing thrill”.

A passenger at the time might have rubbed shoulders with Hong Kong’s governor as he commuted downtown from his summer residence on the Peak. These days, “If you ride the tram at the right time, you might see tango dancers and private banquets at the Helena May (a heritage private ladies’ club),” says Tseng Chia-huei, an associate professor at Japan’s Tohoku University who, in a previous life at the University of Hong Kong, led a scientific study focused on the Peak Tram. “It offers a peek at a lifestyle many may not have experienced.” 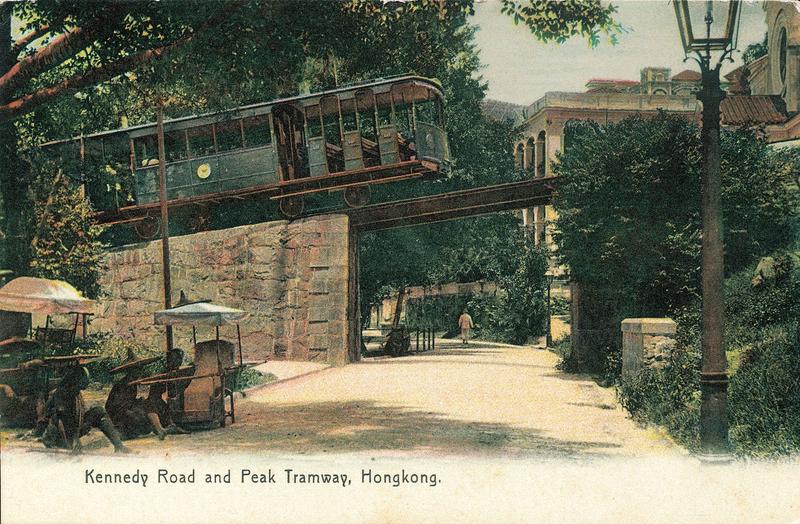 Another colorized postcard — this time from the first decade of the 20th century — shows the Peak Tram traversing Kennedy Road in the Mid-Levels. (PHOTO PROVIDED TO CHINA DAILY)

Interviewed for the Hong Kong Heritage Project — a Kadoorie family initiative that aims to preserve local history — one former Peak resident, Tony Krouk, recalls how popular the Peak Tram was with visitors in the 1960s and ’70s. “As the Vietnam War was coming along, a lot of American ships came through, so I saw a lot of servicemen on the tram,” he says. “There’d be every nationality, every language you can imagine.”

Richard Garrett, author of The Peak: An Illustrated History of Hong Kong’s Top District, remembers the early ’70s differently. The Peak Tram at the time was less a tourist attraction and more commuter transport for government servants, he says. In the decades that followed, however, it was tourists who ensured the tram ran at capacity.

May Tsang Ying-mei, general manager of Peak Tramways, shares the fond reminiscences of a passenger for whom many significant life events are linked to the tram. These include hopping on board as a child with one’s parents, the first rides after getting married, becoming a parent as well as delighting overseas visitors with a ride.

“Hong Kong is not unique in having a funicular providing easy access up steep gradients: They were common at British seaside resorts up cliffsides, and cities such as Lisbon also possess them,” notes Peter Waller, author of The Tramways of Hong Kong: A History in Pictures. “What makes the Peak Tramway special is its longevity — very few have lasted as long — and its unique place in the cityscape of Hong Kong.” 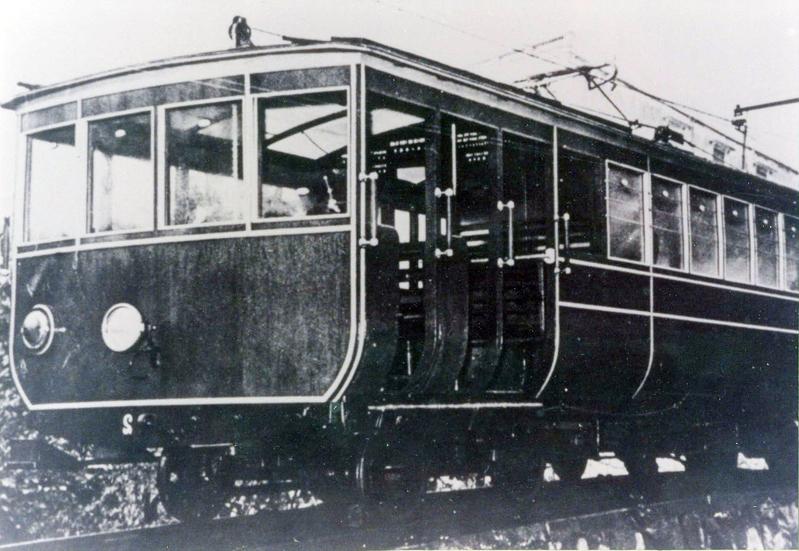 Riding Hong Kong’s funicular — it is claimed by some — may provoke an alarming visual illusion whereby the adjacent skyscrapers appear to be slanting so steeply, it’s as though they’re falling toward the Peak. In 2011, Tseng and her team at HKU conducted research aimed at identifying the specific factors producing the purported optical illusion by systemically ruling out one factor after another. In short, they found that traveling at such a steep angle while reclining against a seatback can confuse some passengers’ sense of the vertical plane.

Admittedly, the highly involved experiment would be inconceivable in many parts of the world: “Nowhere else could such an experiment be done with the consent of the tram authorities but in the free city of Hong Kong,” Tseng declares. “They even let us partially occlude the window.” 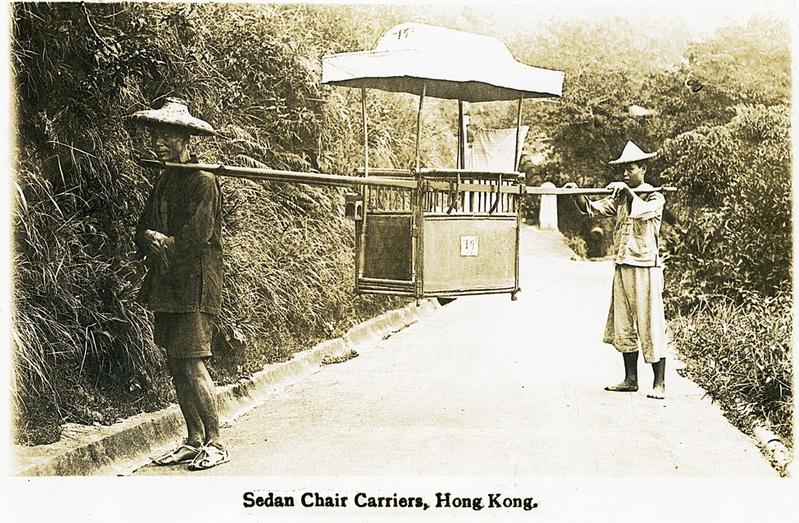 Before the advent of the tram, the only form of conveyance to the Peak was the sedan chair, shown in this postcard from circa 1930. (PHOTO PROVIDED TO CHINA DAILY)

The researchers studied funicular railways in various countries and found that the visual illusion phenomenon was unique to Hong Kong. On Japan’s Hakone Tozan Railway, where the train climbs a similarly sharp gradient, seats were angled in such a way as to spare passengers an alarmingly tilted view. In Hungary, having passengers stand rather than sit on the Budapest Castle Hill Funicular reduced the illusion. Meanwhile, the funiculars of the Portuguese capital, Lisbon’s, have a seat design similar to Hong Kong’s Peak Tram — but there are no tall buildings nearby to produce such unnerving images. “The illusion is for everyone — even if you don’t want to see it, you see it,” Tseng claims, adding that this creates a sense of shared excitement among strangers that’s rare on sightseeing tours.

Lothar Spillmann, a retired German perceptual psychologist who also worked on the study, found the funicular research project particularly enjoyable and memorable: “You normally sit in a laboratory while conducting an experiment. Here, we were part of the crowd while doing science.”

As for the enjoyment the tram has always brought to passengers, whether local or from overseas, “When business starts to pick up, the Peak Tram will be ready to create many more fond memories for millions of people,” says Tsang. With nonresidents again allowed to enter Hong Kong and with hotel quarantine shortened to seven days, there is hope that tourists will soon be returning en masse. As Tsang asserts: “We are positive the market will rebound post-COVID.”

Either way, the Peak Tram’s sixth generation is on track to make its grand appearance this summer — and when it does, says Tsang, the new tram “will not only provide a better passenger experience, it will also shape the next century of Hong Kong’s status as one of the world’s most famous and rewarding tourism destinations”.