Mali says France violating its airspace to 'spy' on troops 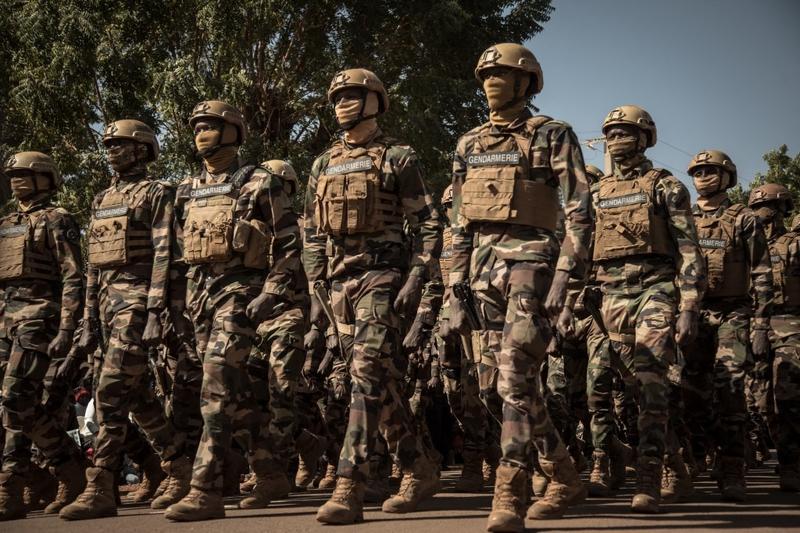 Members of the Malian Gendarmerie parade during a ceremony celebrating the army's national day in Kati on Jan 20, 2022. (FLORENT VERGNES / AFP)

BAMAKO - Mali's military rulers have accused the French army of repeatedly violating a controlled airspace over the country's centre and north to "spy" on its forces, the latest escalation of tensions between Paris and Bamako.

In a statement late on Tuesday, the military government said that over 50 breaches of the West African country's airspace had been recorded since the start of the year, mainly by French-operated aircraft.

Souring relations between France and the military junta in its former colony have pushed it to withdraw troops that were deployed in 2013 to push back militants linked to al Qaeda, and later to Islamic State

Souring relations between France and the military junta in its former colony have pushed it to withdraw troops that were deployed in 2013 to push back militants linked to al Qaeda, and later to Islamic State. Militants have since regained ground.

One recent violation, the statement said, was the "illegal" flying of a drone on April 20 over the northern military base of Gossi, a day after France handed the site back to Mali as part of its ongoing troop withdrawal.

It said French aircraft then flew back and forth over a convoy of Malian troops heading to Gossi on April 21.

The accusations follow a blame game last week over drone images of soldiers near Gossi covering corpses with sand that circulated on social media, with one Twitter user presenting himself as a retired Mali officer accusing French troops.

France's response was that it was being framed. Its army said the men in the drone video were Russian mercenaries accused of helping Mali's military junta fight militants and summarily executing civilians in the process.

But Mali's army last week said its soldiers discovered a mass grave near Gossi after taking over the base, and that the putrefied state of the bodies showed the killings had occurred much earlier.

"French forces are guilty of subversion in publishing fake mounted images in order to accuse the (Malian army) of killing civilians," the government said in Tuesday's statement.

France's foreign ministry and military did not immediately respond to requests for comment.

The French decision to pull out of Mali came as relations with the junta that seized power in 2020 have deteriorated.

The junta had initially suspended broadcasts in March over what it said were false allegations of army abuses.