By Zhao Jia in Beijing and Karl Wilson in Sydney 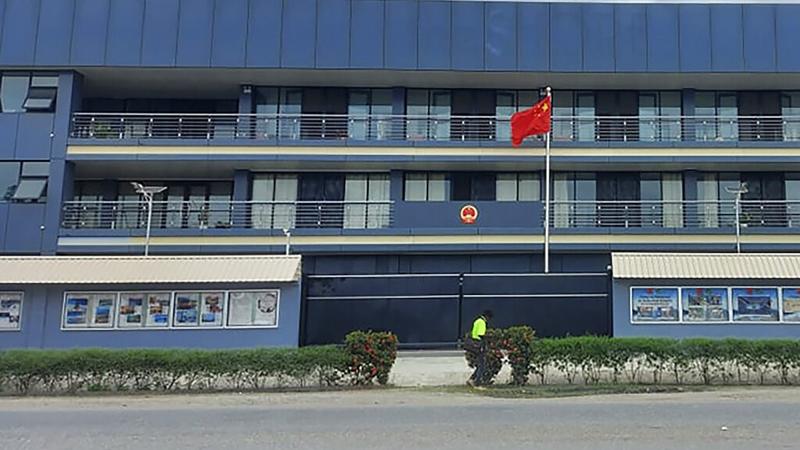 China on April 19 confirmed the official signing of a security pact with the Solomon Islands and warned that any attempt to disrupt Beijing’s cooperation with Pacific Island countries is doomed to fail.

Foreign Ministry spokesman Wang Wenbin said at a daily news briefing that the foreign ministers of China and Solomon Islands had officially signed an intergovernmental framework agreement on security cooperation, which is not targeted at any third party and conforms to the shared interests of the Solomon Islands and the South Pacific region.

The nature of the agreement is normal exchanges and cooperation between the two sovereign and independent states, Wang said.

He underlined that security cooperation aims at promoting social stability and long-term peace in the Solomon Islands, and that it follows the principles of equality and mutual benefit, and is based on respecting the will and actual needs of the Solomon Islands.

The two sides will cooperate in the fields of maintaining social order, protecting people’s lives and property, humanitarian assistance and responding to natural disasters, according to Wang.

He added that Beijing is committed to helping the Pacific Island nation strengthen its capacity building to safeguard national security.

The reaction from Canberra and Washington to the signing of the security agreement was swift and predictable.

Australia’s Foreign Minister Marise Payne and Zed Seselja, the nation’s minister for the Pacific, said they were “deeply disappointed” by it and would “seek further clarity on the terms of the agreement, and its consequences for the Pacific region”.

“We are concerned about the lack of transparency with which this agreement has been developed, noting its potential to undermine stability in our region,” the two ministers said in a joint statement on April 19.

The United States said the agreement may destabilize the Pacific Island nation and set a “concerning precedent” for the region.

Washington and Canberra alleged that the agreement may signal the first step toward a Chinese military presence on the islands, but these concerns have been repeatedly denied by Beijing.

The White House said it is sending a high-level delegation to the Solomon Islands this week to discuss the so-called China security concerns, as well as consider the reopening of the US embassy in Honiara, which has been closed for 29 years.

US Secretary of State Antony Blinken visited Fiji in February, the first such visit by a US secretary of state to the Pacific Island nation in 37 years.

Wang, the Chinese Foreign Ministry spokesman, called the sudden visits to the Pacific Island countries into question. “Are they concerned about the island countries, or do they have other motives?”

Australian senator Penny Wong, who could become the country’s foreign minister if the Labor Party wins the federal election in May, accused Prime Minister Scott Morrison and his Coalition government on April 20 of “mishandling the situation”.

Solomon Islands Prime Minister Manasseh Sogavare told Parliament in Honiara on April 20 that the agreement was necessary to deal with the Solomon Islands’ “internal security situation”.

The Pacific Island nation has long struggled with political unrest, most recently in November 2021 when protesters targeted Honiara’s Chinatown and tried to storm Sogavare’s residence.

“We entered into an arrangement with China with our eyes wide open guided by our national interest,” Sogavare told Parliament.