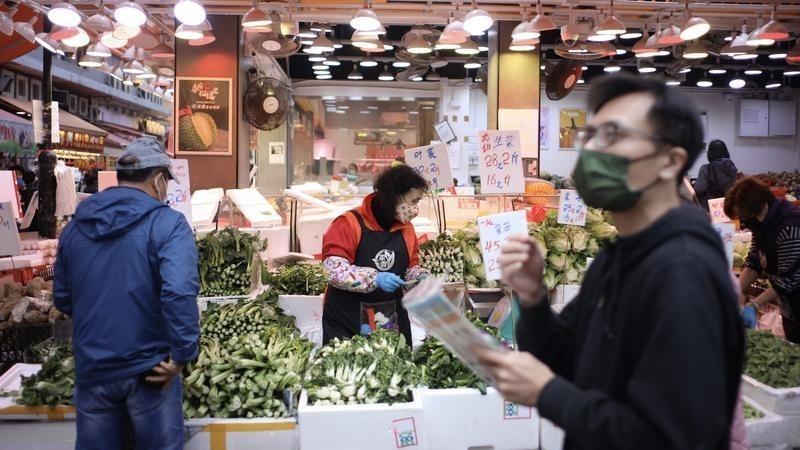 In this Feb 9, 2022 photo, a vendor prepares her fresh vegetables in a wet market in Tai Po district in Hong Kong. (EDMOND TANG / CHINA DAILY)

HONG KONG – The overall consumer prices in Hong Kong rose 1.7 percent in March year-on-year, larger than the 1.6 percent increase in February, according to the Census and Statistics Department.

Netting out the effects of the government’s one-off relief measures, the year-on-year rate of increase in March’s underlying inflation rate was also 1.7 percent, larger than the average increase rate of 1.5 percent in January and February, the department announced on Friday.

On the other hand, decreases in electricity, gas and water and housing were recorded, the department said, adding that there was no change in price for alcoholic drinks and tobacco.

The government said that the elevated prices of fresh vegetables in the month gave rise to the price surge of basic food over a year earlier. Prices of energy-related items and transport also recorded visible increases.

Looking ahead, the government said inflation in many major economies may stay high in the near term amid heightened geopolitical risks and supply and transportation bottlenecks, leading to faster increases in the prices of imported items.

Still, the overall inflation should remain largely in check as domestic rentals stay soft, it added.