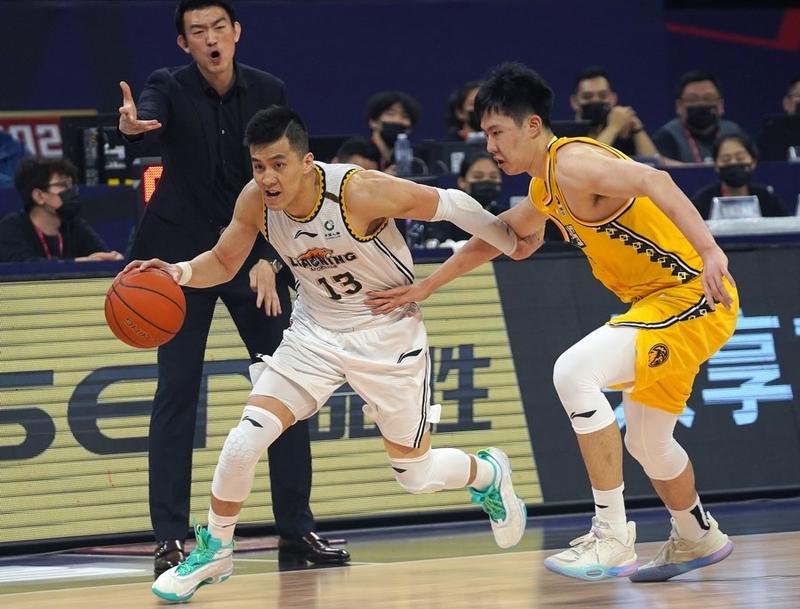 NANCHANG - Star guard Guo Ailun scored a game-high 24 points to spearhead the Liaoning Flying Leopards as they held off the Zhejiang Lions 98-75 in Wednesday's opening game of the best-of-seven Chinese Basketball Association Finals.

A decisive burst of scoring from Guo and Zhao Jiwei in the third quarter saw Liaoning take control against Zhejiang.

"Zhejiang gave us a lot of tough moments in the first half and we didn't do well at the defensive end. We made an adjustment at the break and they seemed run out of energy in the second half," Zhao said.

"Our offense sputtered in the second half, especially in the third quarter, we only scored 11 points. That's what we need to deal with in the next game," Zhejiang head coach Wang Bo said.

Two Zhejiang starters, Hu Jinqiu and Zhao Yanhao, were sidelined due to injuries. Center Hu, MVP of the regular season, was absent with a ruptured spleen while 24-year-old guard Zhao suffered a concussion in the last game of the semifinals.

Both teams started well in a competitive first half where Zhao Jiwei buried a 3-pointer with one minute left in the second quarter to help Liaoning take the lead 49-46. Liaoning took a 15-3 run to expand the advantage to 18 points in the third quarter and never looked back.