No toenails for Raducanu but Briton finding her feet on clay 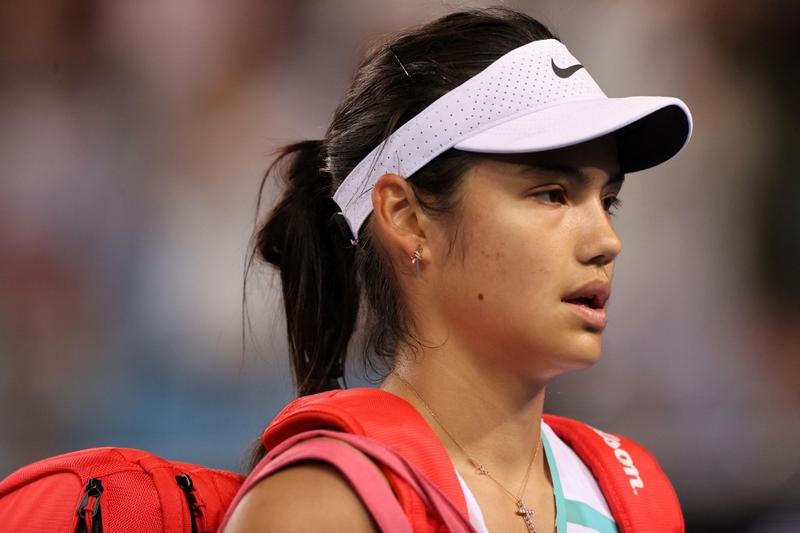 Britain's Emma Raducanu believes she can compete on clay ahead of her first professional match on the surface in the Billie Jean King Cup qualifiers, even though she has no toenails left after the hardcourt season.

Britain play the Czech Republic in Prague on Friday and Saturday, with US Open champion Raducanu set to make her debut in the competition when she takes on Tereza Martincova.

I have no toenails. Just my foot, my shoes, they've just been sliding around a lot. I had a small niggle in Miami but now I have no physical thing.

Raducanu, however, has had another setback after an underwhelming start to 2022 in which she has suffered from blisters and a hip injury.

"I have no toenails," Raducanu told reporters at the draw ceremony in Prague. "Just my foot, my shoes, they've just been sliding around a lot. I had a small niggle in Miami but now I have no physical thing."

Raducanu had a spectacular breakout season after a run at Wimbledon last year and topped it off by becoming the first qualifier to win a Grand Slam title in New York. Ranked 150 in August last year, she is now 12th in the women's rankings.

But she has never played on clay — the slowest and most taxing of all surfaces — and Britain are up against the Czechs who have won 11 titles, second only to the United States (18).

"I genuinely believe that clay could be one of my strongest surfaces because of the moving aspect. I do like moving," the 19-year-old said.

"I feel like I have a lot more potential physically. And I do enjoy sliding. After spending more time on this surface I'm sure I'll time it better and learn more about the surface."