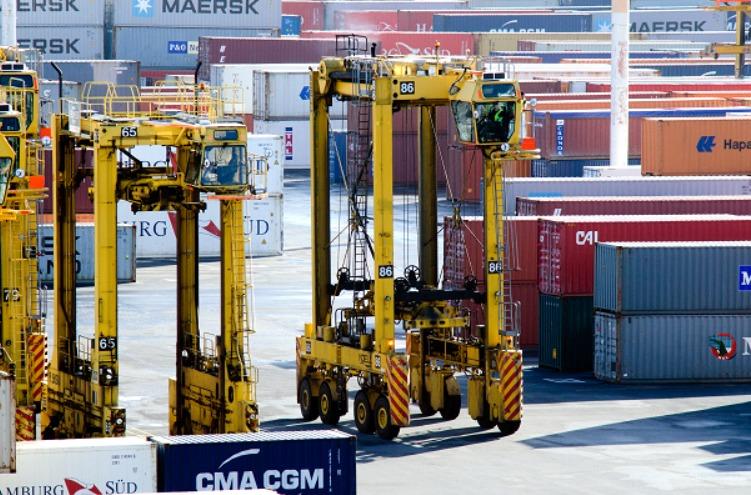 Straddle carriers and containers are seen on the Fergusson Wharf at Ports of Auckland, New Zealand. (PHOTO  /IC)

An upgrade to the China-New Zealand free-trade agreement that took effect on April 7 is expected to enhance trade links between the two countries.

The two governments agreed in January last year to upgrade their free-trade pact.

The revision will ultimately allow 99 percent of New Zealand’s NZ$4 billion ($2.8 billion) wood and paper trade to China to receive tariff-free access, New Zealand’s Minister for Trade and Export Growth Damien O’Connor said in a statement. The agreement for the April 7 start to the deal was made in a virtual meeting with his Chinese counterpart Wang Wentao.

“This upgrade (to the FTA) is a significant step for us and forms part of a body of work we’re doing to drive our economic recovery from COVID,” O’Connor said. “Our trade agenda has very good momentum, with our primary industry exports forecast to hit a record NZ$50 billion this year alone.”

Under the FTA, New Zealand will secure the elimination of tariffs on 12 wood and paper products for the next 10 years, ultimately giving 99 percent of the country’s trade in this sector tariff-free access to China.

Since the two nations signed the initial FTA in 2008, China had eliminated or reduced tariffs on 75 wood and paper products from New Zealand.

Since the beginning of this year, China also lifted duties on most of New Zealand’s dairy products.

The New Zealand China Council said it welcomed “this final step” following the signing of the FTA upgrade in January 2021.

The council’s chairman and former ambassador to China, John McKinnon, said: “The upgrade of the New Zealand-China Free Trade Agreement, 14 years after it entered into force, demonstrates the continued importance that both sides place on our trade relationship,” he said.

“The upgraded FTA will position both countries to further consolidate and grow a dynamic existing relationship,” McKinnon said.

The two-way trade in goods and services has increased 400 percent, from around NZ$9 billion to more than NZ$37 billion, since the original FTA was signed, McKinnon said.

Stephen Jacobi, executive director of the New Zealand International Business Forum, said: “I think the entry into force (of the upgraded FTA) marks another important chapter in the history of New Zealand-China economic relations.

He said it showed that despite geopolitical turmoil and differences of view on some important political issues, New Zealand and China were open to doing business with each other.

“It should be noted that safeguard tariffs for butter and cheese were removed earlier in the year (according to the agreed timetable). When the final safeguard tariffs on milk powders are removed by 2024, New Zealand will have very close to completely free market access to China,” he said.