Canberra too quick to judge Honiara 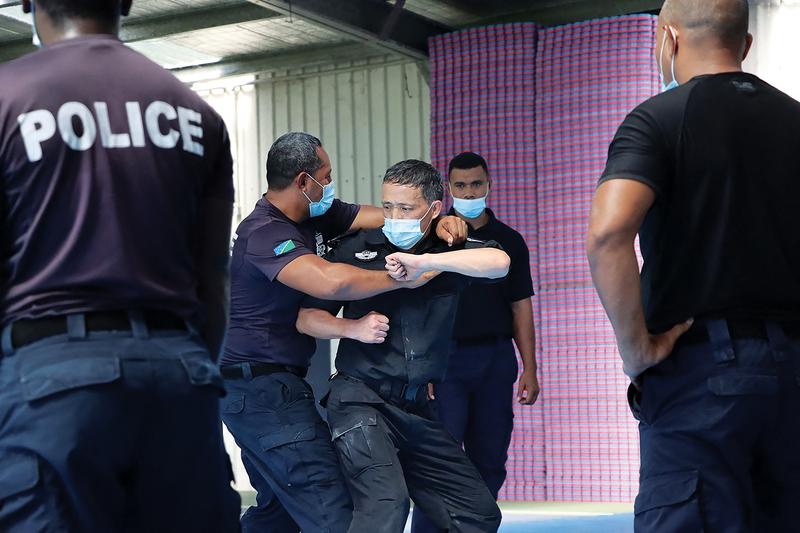 A security pact between China and the Solomon Islands does not target any third parties and criticism from Australian right-wing officials and commentators is an overreaction, according to analysts.

Australia, the United States and New Zealand have raised concerns about the deal, but the Solomon Islands said it would continue to uphold its foreign policy of “friends to all and enemies to none”.

Solomon Islands Prime Minister Manasseh Sogavare said in a speech on March 29 that there was “no intention whatsoever to ask China to build a military base in the Solomon Islands” as had been reported earlier by Australian media.

“Where does that nonsense come from? The security treaty ... is pursued at the request of the Solomon Islands’ government,” Sogavare said.

With an election due in Australia in May, Prime Minister Scott Morrison and officials from his party are using security as an election issue.

Canberra, without any evidence, claims it is convinced that China wants to establish a naval base in the Solomon Islands, which are located some 2,000 kilometers off the northern Australian coast.

Tarcisius Tara Kabutaulaka, an associate professor and director of the University of Hawaii’s Center for Pacific Islands Studies, said he doubts the claim.

“Foreign military outposts are not how Beijing operates. It currently has only one overseas base in Djibouti in the Horn of Africa. This is in contrast to the United States, with an estimated 750 bases in 80 countries,” he said in an opinion article written for Sydney-based think tank The Lowy Institute.

James Laurenceson, director of the Australia-China Relations Institute at University of Technology Sydney, also said the reaction from Canberra was not “justified”.

“If the draft agreement is an indication of what the final agreement will be, then there are a whole lot of people in Canberra who are jumping three steps ahead of where the cooperation between the Solomon Islands and China is actually at,” Laurenceson said.

“This is standard practice now,” said Laurenceson, referring to Canberra immediately projecting its “worst fears onto what appears to be a modest agreement”.

The Solomon Islands was rocked by unrest last November when protesters tried to storm the parliament in the capital, Honiara. They went on a three-day rampage, torching much of Honiara’s Chinatown. Afterward China provided police supplies and dispatched a police advisory team to help enhance local capabilities at the request of the Solomon Islands.

At a news briefing on March 31, Wang specified three points. First, security cooperation between China and the Solomon Islands is based on equality and mutual benefits.

Third, the security cooperation between the two countries does not target any third parties, and is not in conflict with the Solomon Islands’ cooperation with other countries.

“Pacific Island countries offer a big platform for international cooperation and should not be seen as the ‘backyard’ of some country, still less an arena for major-power rivalry,” Wang said.