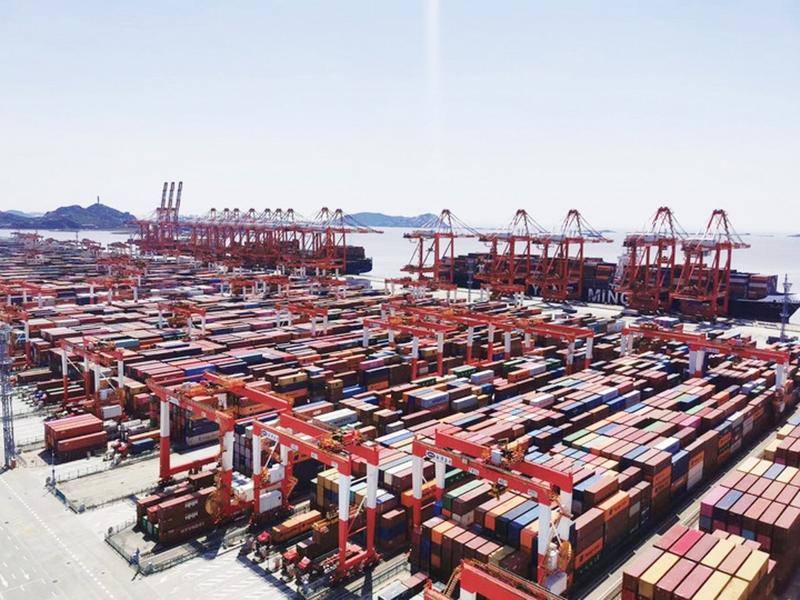 Shanghai Port is operating as usual to guarantee the smooth flow of goods along the industrial and supply chains in the Yangtze River Delta region as well as the world, sector insiders said.

During the current COVID-19 outbreak, the Shanghai International Port Group said it has made use of a number of strategies to ensure the port’s continued safety and nonstop operation. Port data showed that operations are normal, and that container ships have not suffered delays to loading or offloading since February.

According to Chen Lan, head of SIPG’s market development center, as of April 3 a total of 52 ships were waiting to be handled, including nine container ships, four of which were waiting for a berth.

Public information released by Maersk and other large liner companies in March showed that the waiting time in Asian ports is generally between one and two days, and the average wait at Shanghai Port is less than at other major ports in South and North Asia, she said.

Chen’s comments came in response to disinformation spreading online claiming that more than 300 ships were still waiting to load and unload.

Shanghai Port completed 396 offloads a week in late March, which means that the port has yet to reach its peak capacity of more than 400 off-loadings, Xu Kai, chief information officer of the Shanghai International Shipping Institute, was quoted as saying by the International Channel Shanghai.

Despite the impact of COVID-19 on the global shipping industry, the port of Shanghai has been rated the world’s largest container port for 12 consecutive years. Container throughput volume exceeded 47 million TEUs (twenty-foot equivalent units) in 2021.